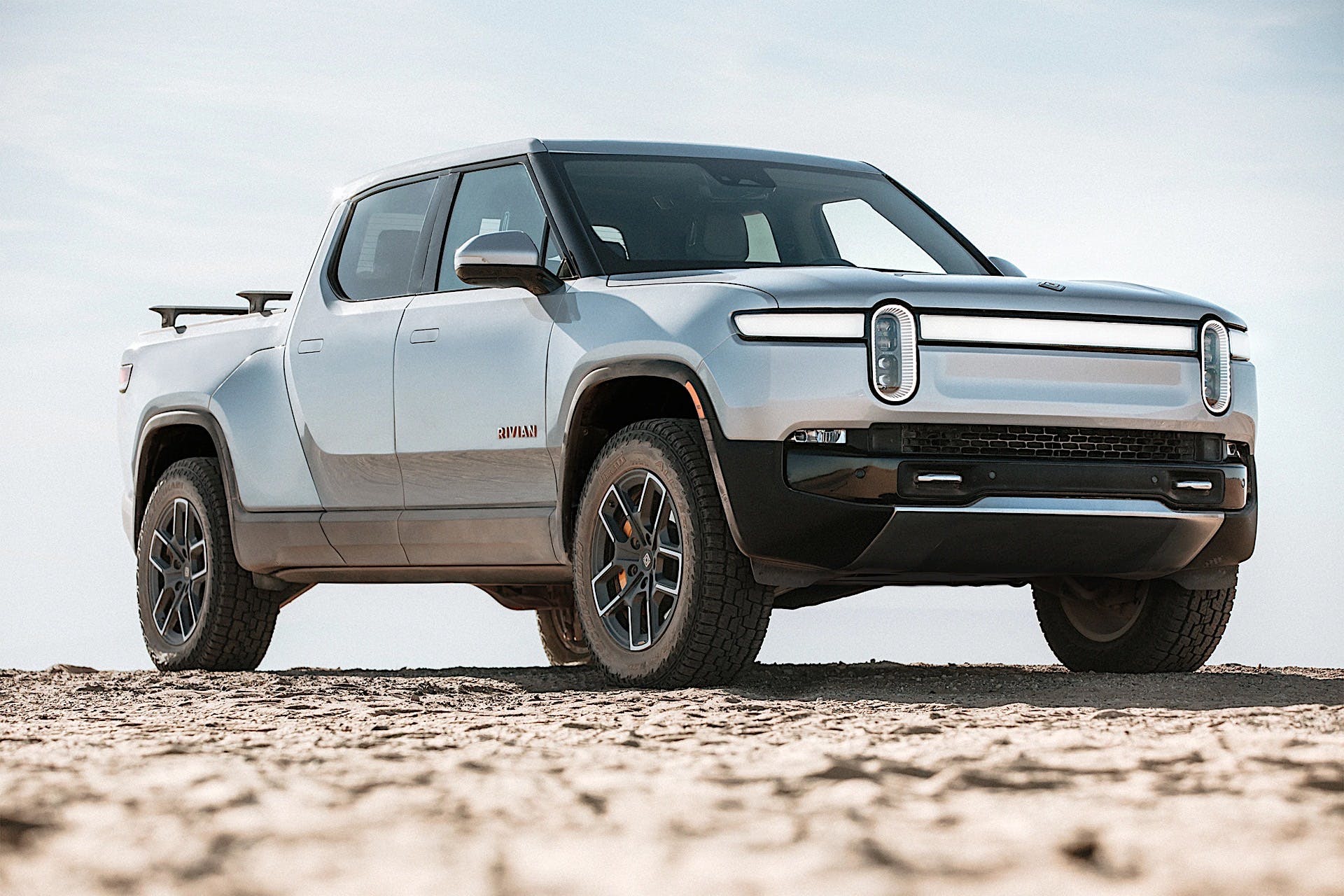 Rivian’s latest update takes a closer look at the R1T’s interior to show off its utility and materials. In line with its rugged image, the Rivian R1T’s cabin can handle everything you can throw at it. At the same time, it’s built sustainably and features a lot of practical touches. The natural-grain ash wood trim, for example, is combined with stain- and smudge-resistant surfaces, vegan leather upholstery, and a headliner made of 100 percent recycled materials. The Chilewich floor mats, on the other hand, are easily removed and hosed off for cleaning.

Should you want more creature comforts, the Rivian R1T offers them too. The Adventure package gets you eight-way power front seats with four-way lumbar, heating, and cooling. You can also save your settings via a driver profile, enabling the vehicle to return the seat, side mirrors, and steering wheel to your preferred position when you unlock it. As with all modern vehicles, the rear seats feature ISOFIX anchors and top tethers to accommodate up to three full-sized car seats. Heated rear seats and a heated steering wheel are also included in the Adventure package.

Maximum practicality was one of the key goals in designing the Rivian R1T’s interior. As a result, you get a lot of storage cubbies in the cabin. The most prominent one is a 14 x 11-inch space under the center display, which Rivian says can accommodate a daypack or a duffle bag. Additional storage under the rear seats via a 33-inch-wide bin is also available and can be accessed by pulling a tab at the base of the cushion. It gets removable dividers to help you organize your belongings and is lined with rubber mats for easy removal and washing. Large door bins are also part of the equation; in fact, the one on the passenger’s side can hold the 130-piece Rivian Field Kit, which contains a fold-up shovel, a poncho, and a rescue blanket. The other side door bins are also able to hold 40-ounce water bottles. A rechargeable flashlight is integrated into the driver’s side door frame and can illuminate up to 150 meters or 492 feet ahead.

As for the tech features, the main 16.0-inch touch screen is your main portal to the R1T’s infotainment functions. It houses the built-in navigation system, media, drive modes, cameras, climate controls, and vehicle controls. The infotainment system also shows real-time weather data as long as you have good Wi-Fi and cellular signal. Rivian’s four-zone climate control system features air vectoring technology achieved via eight electric motors. This enables passengers to choose exactly where they want to aim the airflow, which can be adjusted via the main touch screen or moving the airflow icon. Rear seat passengers can also set their own individual temperatures via a 6.5-inch display.

Rounding out the Rivian R1T’s features are a slick glass roof spanning both rows and an 18-speaker, 1,100-watt Elevation by Meridian surround sound system. According to Rivian, the glass roof has been treated to block over 99.9 percent of UV light, preventing the vehicle from overheating during hot summer days. The audio system, on the other hand, promises a three-dimensional listening experience. Meridian specifically developed it with the shape and materials used in the R1T’s cabin in mind. An integrated beam-forming mic array in the headliner adds noise reduction and echo cancellation when you’re taking a phone call in noisy environments or when the windows are down. The Adventure package further expands the listening experience with a weatherproof speaker that connects to your phone and picks up where you left off once you hit play. The speaker can also double as a lantern with three brightness levels or as a charging station thanks to its built-in USB Type-C port. It also has a low bass campground mode so that you don’t disturb wildlife and other campers.

When you order a Rivian R1T, you’ll be able to choose between the Explore or Adventure packages, the latter of which is the most luxurious version. Two battery choices will be offered: the large pack, which is expected to get over 300 miles per charge, and the max pack that’s projected to get over 400 miles. The R1S overviews are expected to follow later this year.