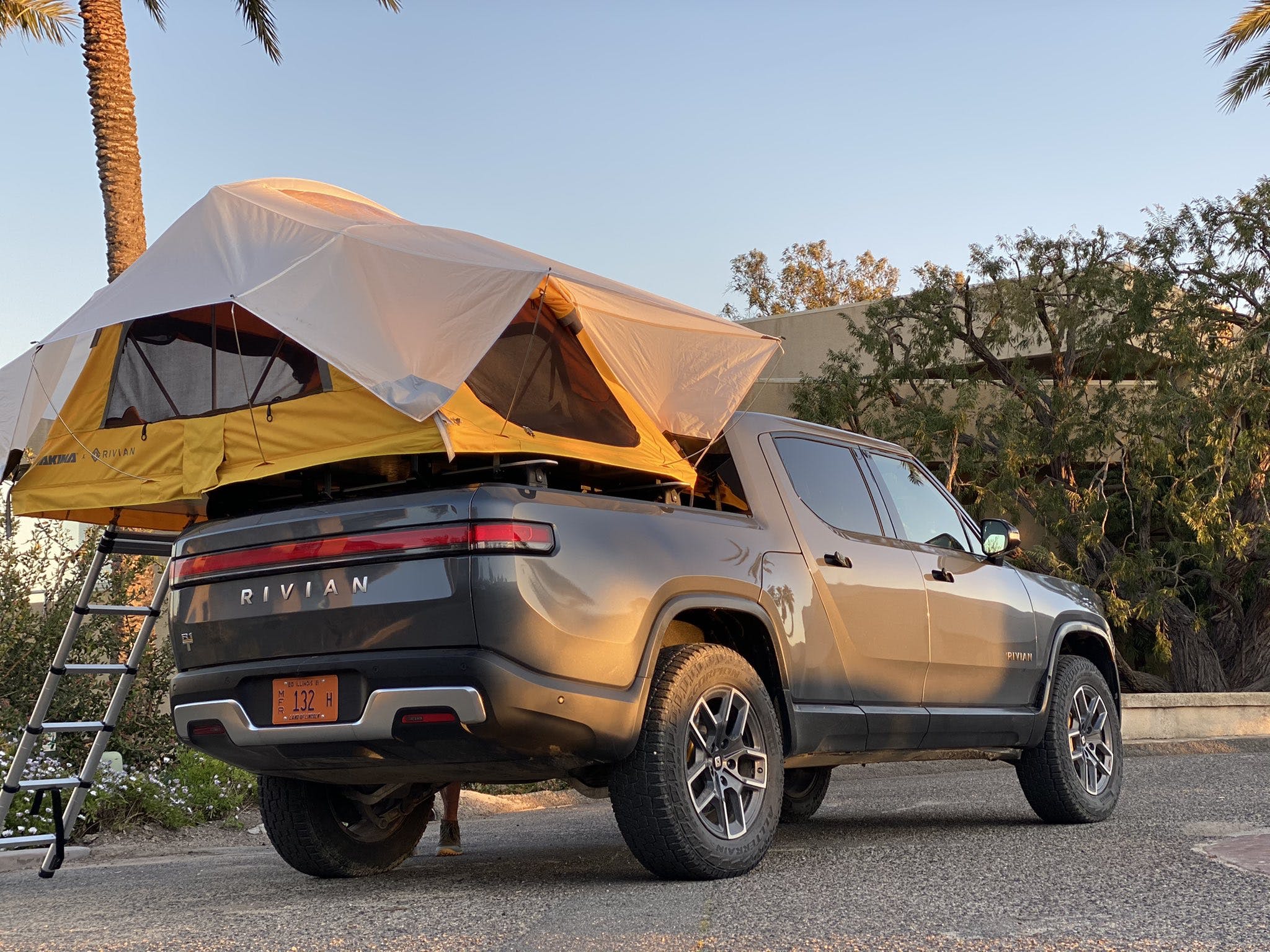 When preparing to sell an outdoor focused vehicle, it’s important to have factory accessories available. While many will head straight to the aftermarket, there’s value in offering a full setup right from the manufacturer.

The outdoor accessory maker Yakima seems to understand that more than others, and its accessories are offered by the manufacturer from a few different OEMs. Most notably Ford, who has Yakima stuff for the Ranger, Bronco, Bronco Sport and even the Raptor. Ford is also a big investor in Rivian.

All of this is to say that it makes sense that the CEO of Rivian, RJ Scaringe, would be testing a Yakima tent in his yard with his family.

Camping in front of the house this weekend! pic.twitter.com/fX6ZcMrB9R

While surely Rivian will sell hardware to attach any roof or bed tent to the R1T, this is an entire setup and this particular tent is branded with both the Yakima logo and the Rivian logo.

This is the first time we’ve seen a branded tent with a logo clear enough, which makes us believe that Rivian has chosen Yakima as an accessory partner.

Which all of that makes sense, for the reasons we’ve mentioned above.

Rivian has been making a lot of strong moves lately as the company gears up to produce its first production R1T for a customer. The Rivian Adventure Network will offer places for owners to recharge while out and about. A Rivian Guide who is a lifetime concierge for all things Rivian helps smooth out the ownership experience. Plus having an active CEO on Twitter where he doesn’t call a hero a pedophile is always a plus.

While these photos aren’t an official announcement, it’s unlikely a coincidence that the Yakima and Rivian logos appear so prominently together. We look forward to seeing what other accessories Rivian will offer for the launch of the truck.