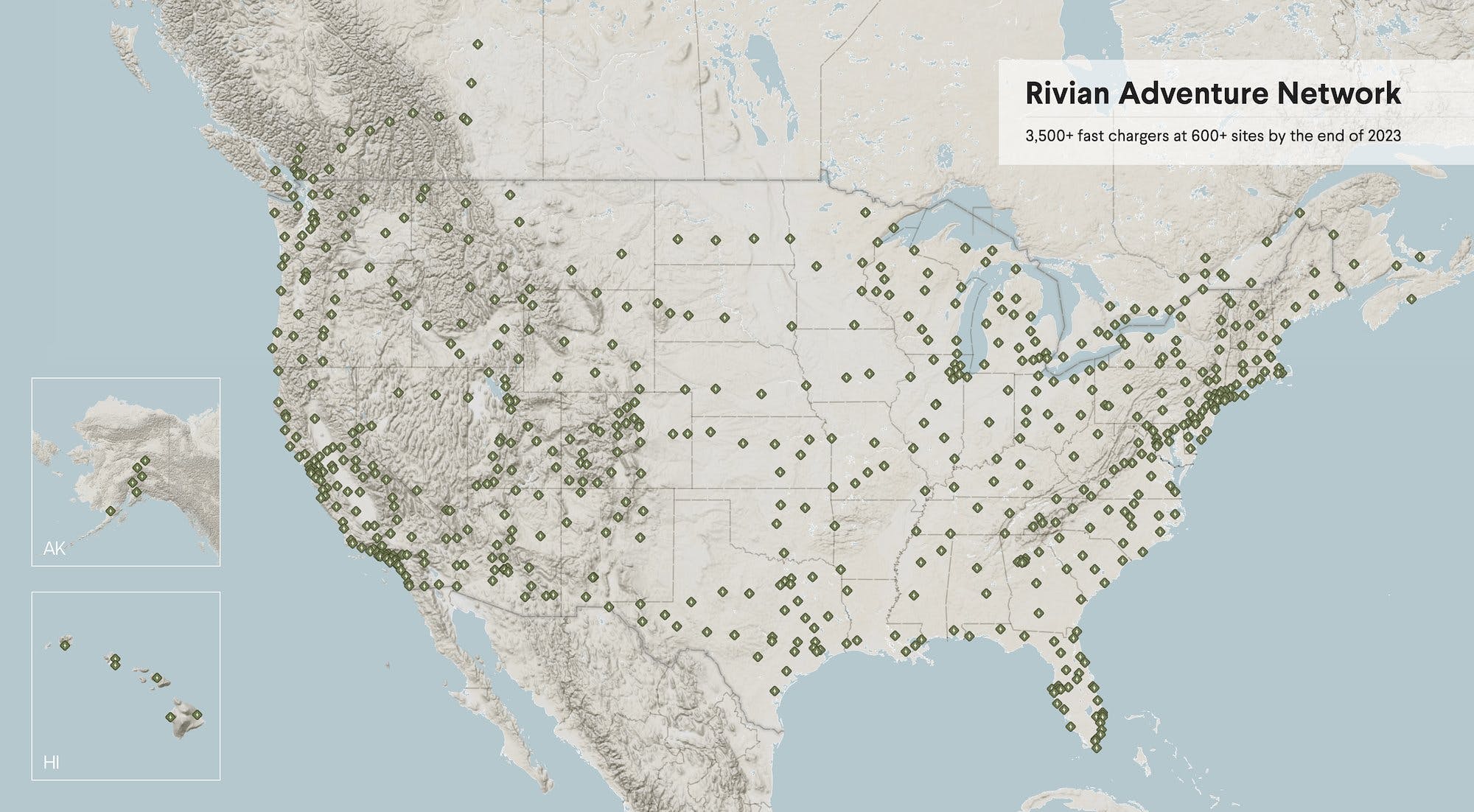 Recently, Rivian announced that it was going to be building out a charging network to coincide with the launch of its R1T pickup and R1S sport utility EV. There are two types of chargers; the Rivian Adventure Network and the Rivian Waypoints.

Rivian announced that all of Colorado’s state parks, for example, will have level 2 charging as part of this rollout.

These chargers are not for long highway journeys, but for when you arrive at your destination and want to charge. State parks, forests, and other outdoor-focused locations make sense because Rivian is targeting the adventure lifestyle buyer.

Additionally, and a bit more confusingly, Rivian is also working on rolling out its Adventure Network. According to Rivian, the Adventure Network chargers are DCFC installations that power is sourced 100% from renewable energy. They’ll charge at more than 200 kW, and will be exclusive to Rivian owners.

These charging stations would be similar to the installs that Tesla does with its Superchargers, or the installs you see with Electrify America. While more chargers are always welcomed, it’s a bit odd that the company would make the charging stations exclusive. Of course, Tesla’s Superchargers up until this point are still the most reliable and consistently fastest chargers out there. Mimicking them here is understandable.

Finally, Rivian will sell users a home level 2 chargers, which also can reach charging speeds of up to 11.5 kW. A Rivian-specific charger isn’t needed to charge a Rivian at home, but it looks like Rivian’s charger will have features comparable to some other mainstream brand home chargers. Pricing as of yet, is not known.