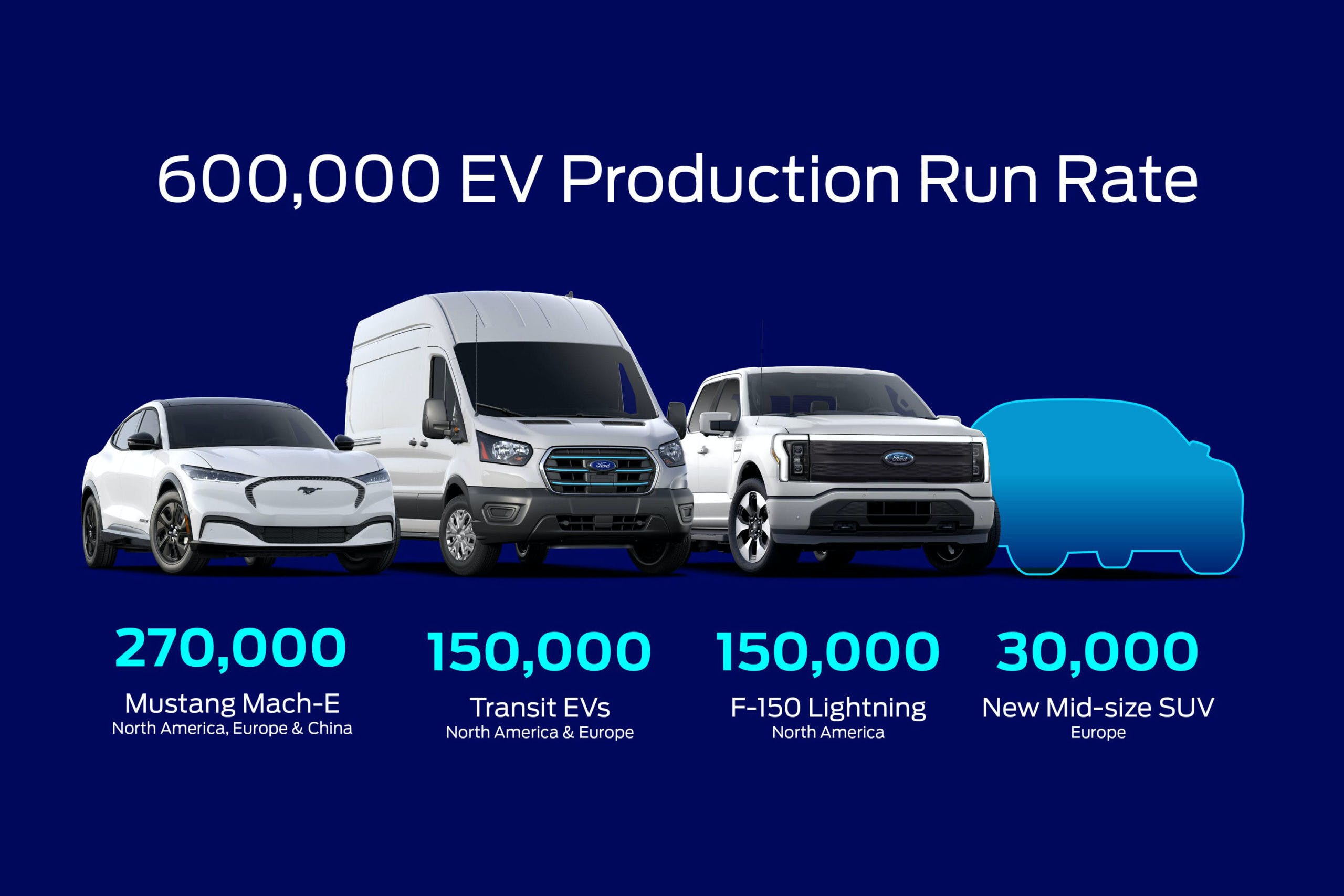 Ford needs about 60 gigawatt-hours of battery capacity to support its goal of hitting a 600,000-unit global EV run rate by late 2023. With the Mach-E and Lightning currently sold out, many more batteries are needed, and not just to meet existing reservations. Speaking with media and analysts during a conference call, Marin Gjaja, Chief Customer Officer of the Ford Model e division said, “We can’t keep [the] Mustang Mach-E on dealer lots.” They currently have less than a 10-day supply of these vehicles. Additionally, Gjaja noted existing Lightning orders “will take us all the way into 2024 production.” Clearly, Ford needs more batteries so it can keep cranking out these hot-selling EVs.

The automaker’s plan to use LFP technology in those popular models does come with some trade-offs. Compared to nickel cobalt manganese (NCM) batteries, this chemistry is usually less energy dense, meaning vehicles will likely have lower range, though LFP requires far fewer critical elements and therefore should be appreciably more affordable. At current prices, Ford estimates the LFP chemistry could save 10% to 15% on materials compared to NCM.

In North America, the Mach-E is expected to be available with CATL LFP battery packs in lower-range trims starting next year; the Lightning should start receiving them beginning in 2024. Ford’s battery pack designs are flexible enough to incorporate CATL’s prismatic LFP cells without requiring a total redesign, which saves time and reduces costs.

To meet local demand, Ford will ramp up some 40 GWh of LFP production in North America, which is expected to come online starting in 2026. This additional capacity compliments the automaker’s existing joint-venture battery plants in Kentucky and Tennessee. Beyond that, existing partners LG Energy Solutions and SK On are both working to increase production of NCM battery cells for the Mach-E, Lightning and E-Transit van.

Hopefully easing other supply constraints, “We have direct sourced our lithium and nickel,” said Lisa Drake, vice president of EV industrialization at Ford Model e. The automaker signed nonbinding agreements with a range of mining firms to supply most of these materials through 2026 and beyond. Ford is partnering with PT Vale Indonesia and Huayou Cobalt, Vale Canada Ltd. and BHP in Australia. Additionally, the automaker is working with Liontown Resources and Rio Tinto to secure much-needed lithium from Western Australia and Argentina, respectively.

Read this next: How much should Tesla charge other EVs to uses its Superchargers?

Right now, Ford has fully secured the materials it needs to support the required 60 GWh of battery capacity required for its 600,000-unit run rate. Beyond that, the automaker has also sourced about 70% of the battery cell capacity it needs to reach the targeted 2-million-unit run rate it intends to hit by the end of 2026.

If there’s any doubt that electric vehicles are the future, Ford is planning to invest more than $50 billion in battery-powered cars and trucks through 2026. The automaker expects more than half of its global production to be electric by the year 2023, with worldwide carbon neutrality being achieved no later than 2050.