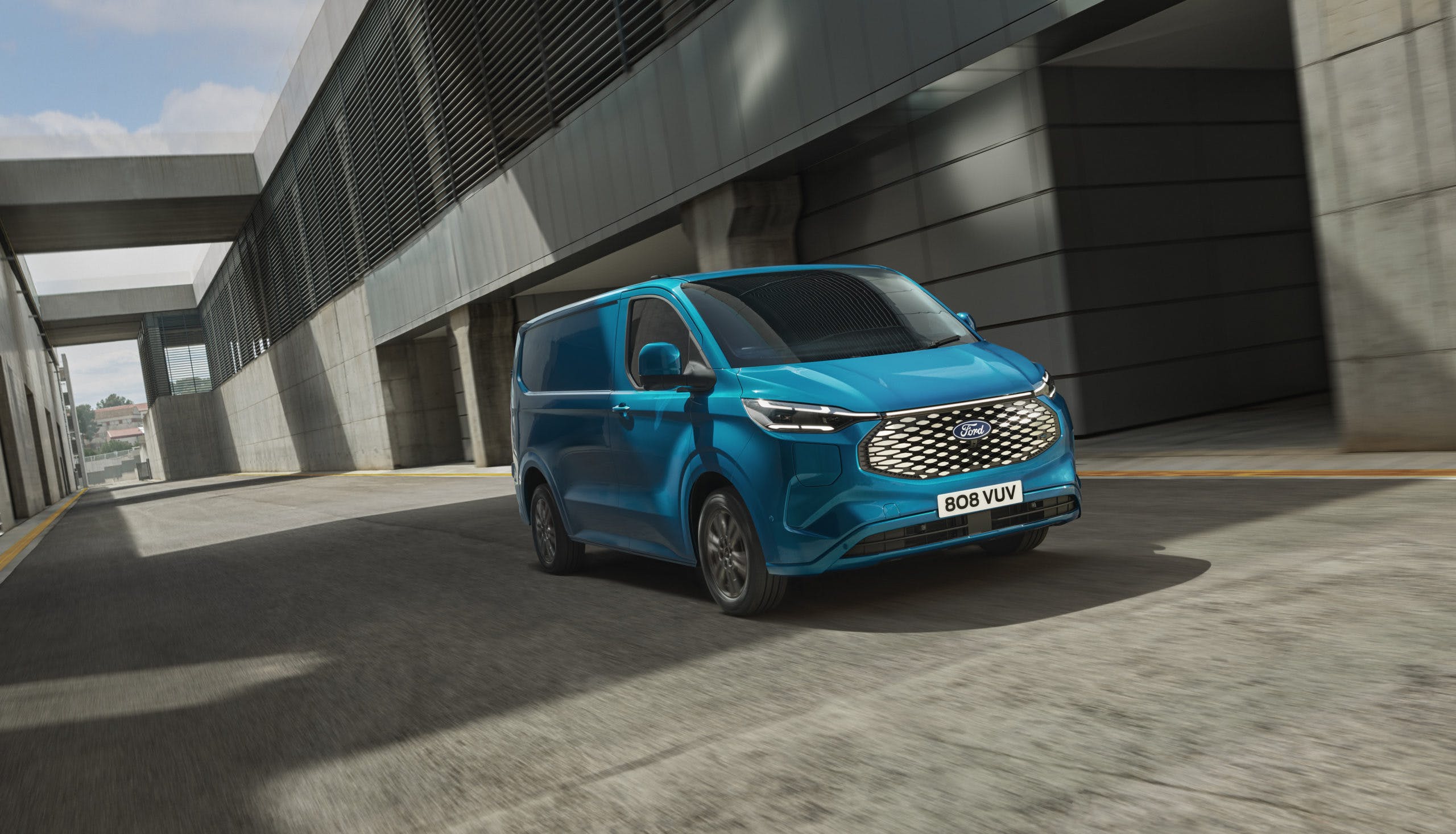 Ford has officially revealed its second battery-electric commercial vehicle, the E-Transit Custom. Slotting below the larger standard E-Transit, the E-Transit Custom is part of a four-vehicle offensive. It will be sold under the Ford Pro division, which has seamlessly integrated its telematics software into the vehicle. This means everything from charging, service, and financing solutions have been rolled into a single comprehensive program to increase uptime and cut operating costs.

The Ford E-Transit Custom competes in the European market’s one-ton segment and will be up against vehicles from Stellantis and Mercedes-Benz. It has been built from the ground up as a battery-electric vehicle and on a dedicated platform with a targeted range of 236 miles per charge. However, we suspect that’s on the more lenient WLTP cycle. Ford also notes that the E-Transit Custom will have DC charging capability but didn’t disclose its peak rates. The larger E-Transit can charge at up to 115 kW, enabling it to go from 15 to 80% in 34 minutes. Expect the newer E-Transit Custom to have quicker charging rates since it’s a ground-up design.

Like its larger sibling, the E-Transit Connect features the ProPower Onboard system that essentially turns the vehicle into a mobile generator. In the E-Transit, the feature can put out 2.4 kW of power, enough to run tools and other equipment. “This is a watershed moment for commercial vehicle operators in Europe and another hugely significant realization of our Ford Pro ambitions,” said Hans Schep, general manager of Ford Pro in Europe. “Europe’s best-selling van just went all-electric and – supported by our unique Ford Pro one-stop-shop of productivity-boosting services – the operating benefits this will bring to business across Europe cannot be overstated.”

You’re not mistaking the E-Transit Custom for any other commercial van on the market thanks to its exterior design. While the boxy shape remains, the front end is distinctly Ford, sporting thin headlights with unique LED accents and a silver partially enclosed grille with a diamond pattern. Above it appears to be an LED strip connecting both clusters. The front fenders also appear to be wider, giving the van a little more presence. Its charging port is located on the front right side, which should make it easier to connect at depots and work locations. Things are more traditional in the rear where you get vertical LED taillights.

Production of the E-Transit Custom will take place in Turkey, at the Ford Otosan plant, a joint venture within the Kocaeli site, home of Transit family manufacturing for the European region. This is part of a larger €2 billion investment in the facility that Ford previously announced. A recent memorandum of understanding between Ford, SK On Co., Ltd., and Koç Holding will create a new joint venture that will result in Europe’s largest commercial battery facilities with an annual capacity of 30 to 45 GWh. This battery plant will eventually come online by the middle of the decade.

Earlier this year, Ford announced that it will introduce four new all-electric commercial vehicles as it aims for carbon neutrality in its European operations by 2035. The Ford E-Transit Custom goes into production in the second half of 2023. More details on the electric van will be announced at a later date. Will this come to the North American market? Possibly. It could slot between the E-Transit and the compact Transit Connect, the latter of which isn’t available with an all-electric powertrain yet.