Ford to introduce 7 new BEVs for Europe by 2024 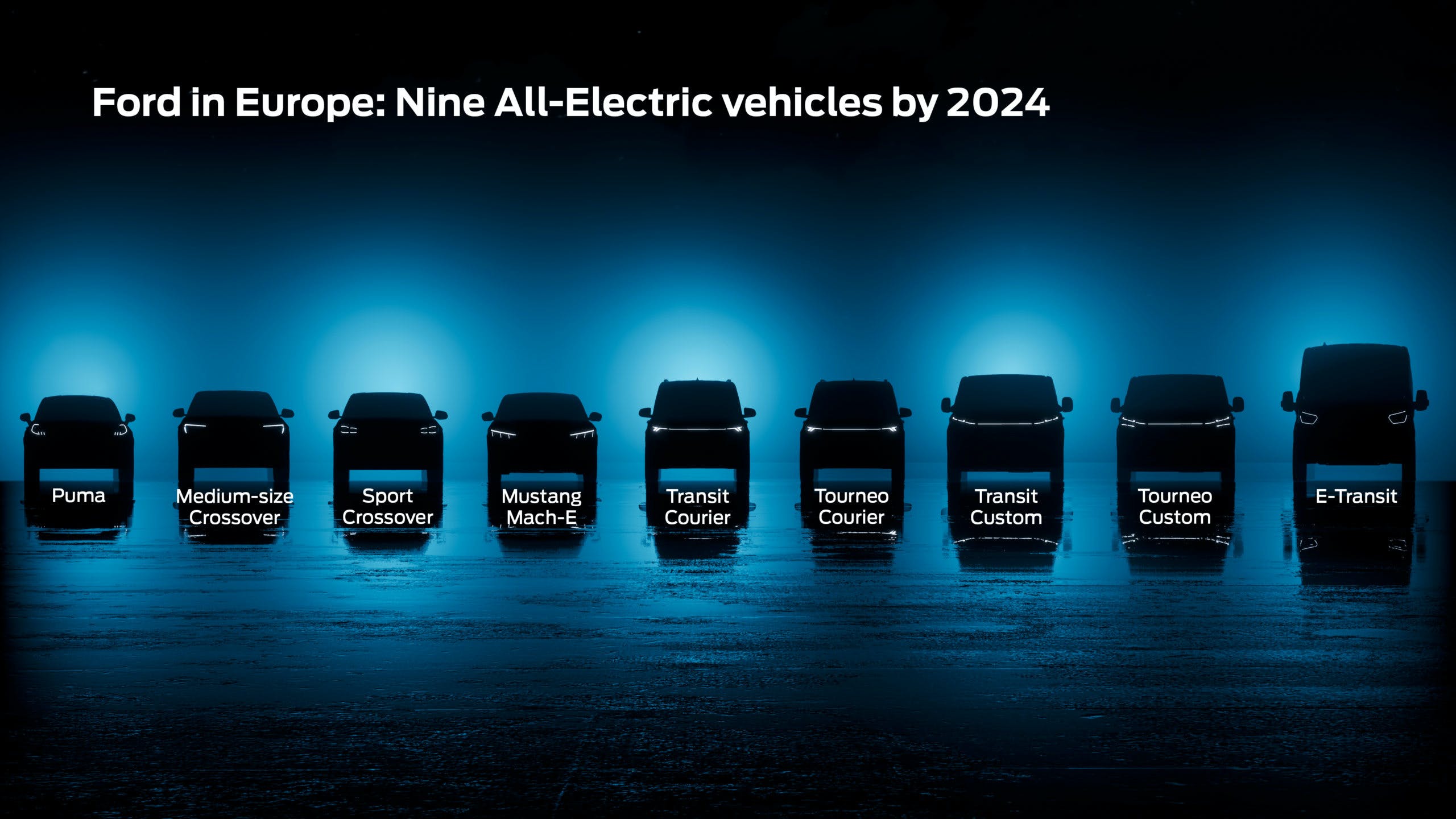 Ford has announced that it will add seven new battery-electric vehicles to its European lineup by 2024. This is in addition to the upcoming e-Transit and the Mustang Mach-E, the latter of which is already available on sale. The Blue Oval aims to sell over 600,000 BEVs in Europe by 2026 and is part of the brand’s larger goal of selling 2 million BEVs globally by the same year.

“I am delighted to see the pace of change in Europe — challenging our entire industry to build better, cleaner, and more digital vehicles. Ford is all-in and moving fast to meet the demand in Europe and around the globe,” said Jim Farley, President, and CEO of Ford. “This is why we have created Ford Model e — allowing us to move at the speed of a startup to build electric vehicles that delight and offer connected services unique to Ford and that are built with Ford-grade engineering and safety.”

In 2023, BEV production will start at Ford Cologne, Germany plant where a medium-sized crossover will be built. This vehicle will be a five-seater and is capable of traveling 500 km or 310 miles per charge. Ford will reveal the name of the vehicle before the end of 2022. A second vehicle will model will be manufactured there starting in 2024, which the automaker says will be a sporty vehicle. Production of BEVs at the Cologne Electrification Centre will increase to 1.2 million over six years. Ford is expected to increase its investment in that facility to $2 billion, which includes a new battery assembly area that’s scheduled to begin operation in 2024.

The second plant that will play a key role in Ford’s electrification plans is the Craiova, Romania facility. This location will be making the all-electric Ford Puma, which goes into production in 2024. Craiova will also produce commercial vehicles the Transit Courier, a compact van, which will get an all-electric version that goes into production the same year as the electric Puma. Ford Otosan, the joint venture between Ford and Koç Holding, will assume ownership of the Craiova facility. In addition to the Transit Courier, Ford will also expand its commercial vehicle lineup with the all-electric Transit one-tonne, Tourneo Custom, and Tourneo Courier in 2023, all of which will start production in 2024.

In addition to the seven new BEVs, Ford will also enter into a new joint venture with SK Innovation and Koç Holding. The three companies have signed a nonbinding Memorandum of Understanding for a new partnership in Turkey. The collaboration is still subject to the final agreement but the goal is that it will result in the creation of one of the larger battery facilities in Europe. This new facility will be located in Ankara, Turkey, and will make nickel NMC Cells for assembly into a broad range of modules. Production is expected to start in the middle of this decade and is expected to have an annual capacity of 30 to 45 GWh.

Ford’s expansion of its European product lineup comes after the creation of its Model e division. This arm will be responsible for the development of the brand’s BEVs and is an expansion of the Ford+ plan. Model e will develop new platforms and components for its BEVs and software for future vehicles.