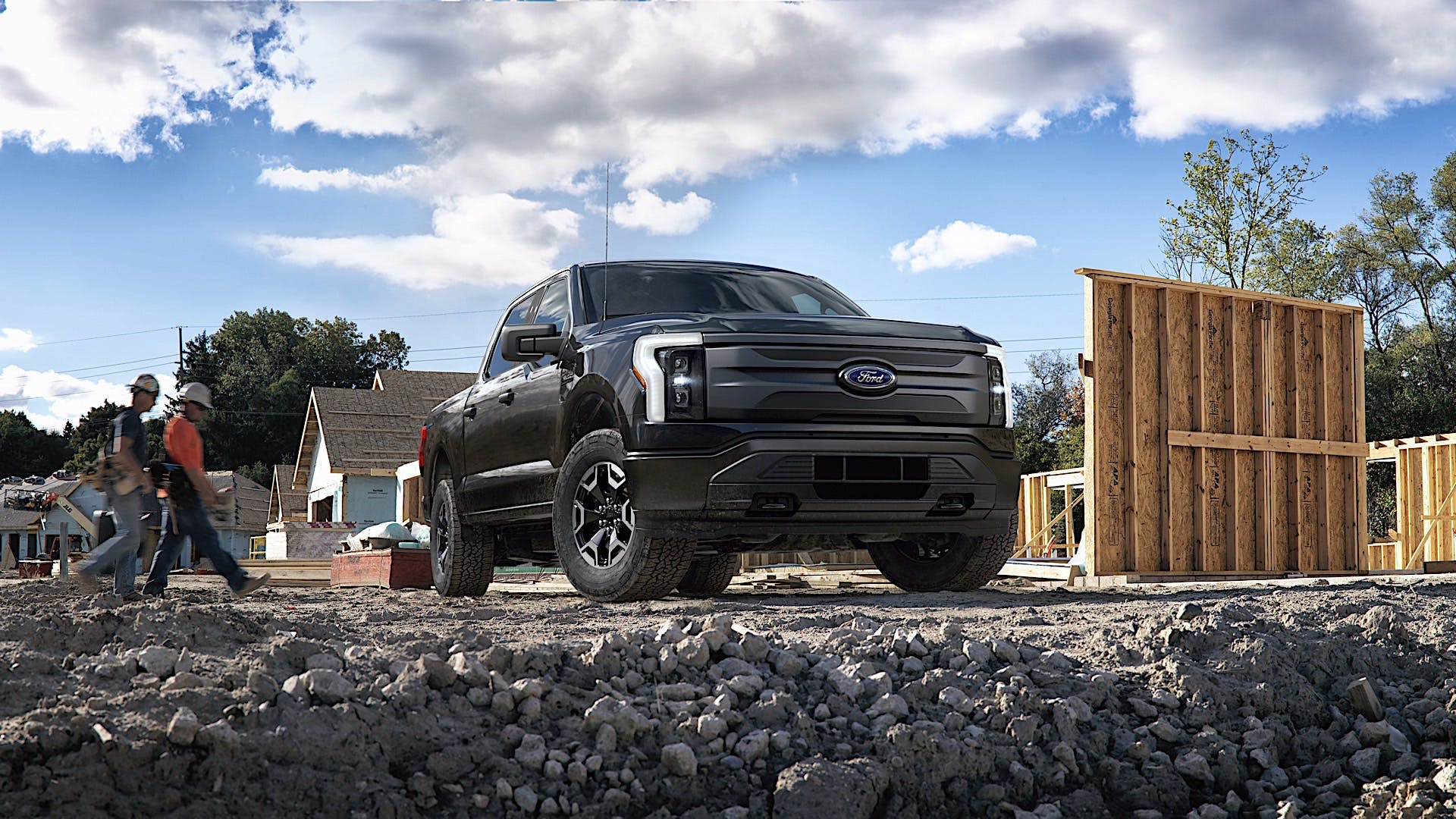 When Ford revealed the upcoming 2022 F-150 Lightning, the company didn’t mention what the base version of the truck would be called. The only thing that was clear was that it wouldn’t be called XL. Often gobbled up by commercial buyers, there clearly has to be an F-150 Lightning for them. We now have the details, and the name. The new work truck from Ford is the 2022 F-150 Lightning Pro.

Lightning Pro starts at $39,974 before destination, and is eligible for the full $7,500 federal tax credit. It’s a dual-motor unit making 426 horsepower and 775 lb-ft of torque. It’s targeting an EPA-estimated range of 230 miles.

“F-150 Lightning Pro represents so much more than an electric workhorse — it’s made for commercial customers inside and out, it gets better over time, and it’s totally plugged into always-on services that can help business productivity,” said Jim Farley, president and CEO, Ford Motor Company.

Pro Power Onboard is standard with 2.4 kW plugs, including plugs located in the Mega Power Frunk, and buyers can opt for the 9.6 kW unit. F-150 Lightning Pro supports bidirectional power, so not only can your business charge your truck, but your truck can charge your business.

The value comes with the upgrade to the extended-range battery. Horsepower is bumped to 563 with torque remaining at 775 lb-ft. Range increases to an EPA-estimated 300 miles. Additionally, the extended-range truck can charge at up to 19.6 kW with the included Ford Charging Station Pro (charging station standard with Pro extended-range, optional with all other commercial and retail trucks).

Starting suggested retail price for the extended-range version is $49,974 before destination.

Ford has updated telematics available for Lightning Pro, including the ability to see what vehicles need charged, arrange for charging, and even properly reimburse employees who charge their work trucks at home.

You might be wondering why they’re making available a 230 mile range work truck, which you might think needs more range. But Ford knows commercial fleet customers.

“More than 145 million miles of telematics data show that for the average F-150 commercial customer in the U.S., 95% of their daily travel is less than 174 miles,” said Ted Cannis, general manager, Ford North America commercial business. “Commercial customers track their business expenses closely — they buy what they need and not a penny more.”

If you’re interested in an F-150 Lightning Pro and you’re a retail customer, you can only get the standard-range in the United States. To upgrade beyond that, you must go to the XLT version of the truck.

But if you’re a commercial fleet buyer, you can get either the standard-range or extended-range in the United States, and with value-added accessories like the standard 80-amp wall charger, it adds a lot of incentive to go to the longer range.

While retail sales are a big deal, Ford typically dominates the commercial vehicle space. Ford doesn’t take unnecessary risks in commercial, so it’s safe to assume that the F-150 Lightning Pro isn’t a gamble, but rather part of a bigger plan to continue to dominate commercial in the future.