Leasing a Ford EV? You may not be allowed to purchase it once the contract ends 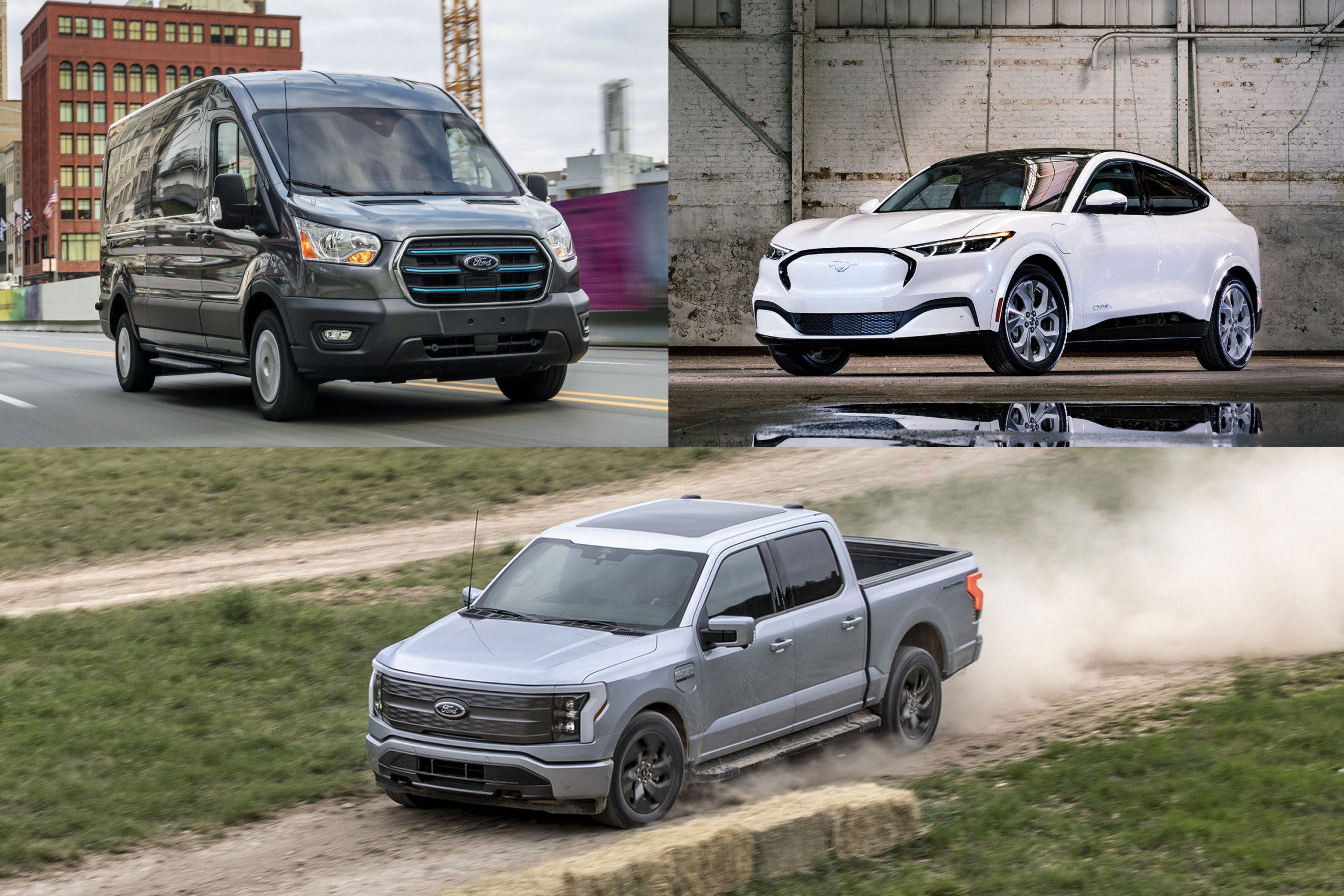 If you lease a Mustang Mach-E SUV, F-150 Lightning pickup truck or E-Transit commercial van and your contract started June 15 or later, you may not be able to buy your vehicle once the lease is over.

As reported by CarsDirect and Automotive News (subscription required) and confirmed by Ford, the company is barring drivers from purchasing these all-electric vehicles at the end of their lease. Currently, there are restrictions in 38 states, though the same constraints will be in place in the remaining 12 before the year is over.

Should they want to stay in the Blue Oval family, owners of these electrified Fords will have the option of renewing their lease and driving home in a new vehicle instead of buying their old one. Not allowing customers to purchase their lease turn-in is a curious move, though it’s not unprecedented. Back in April, Tesla, the darling of the electric vehicle world, did exactly the same thing. An after-lease purchase option is no longer available with any of Elon Musk’s vehicles. Instead, you can upgrade to a new model, extend your lease for up to six months or find something else to drive.

The Dearborn, Michigan-based automaker’s justification for ending lease purchases of its hot-selling electric models is a bit convoluted. According to the Blue Oval, “Ford Motor Company is committed to making Battery Electric Vehicles (BEVs) more sustainable and affordable for our customers by localizing the complex battery supply chain network, creating recycling options for end-of-life vehicles, and increasing U.S. battery production.” Additionally, responding to a request for comment, a Ford spokeswoman noted, “… the industry is working on the cycles and uses of batteries. This includes how to recycle them as well as recycle or reuse vehicles. So, this lease product is part of work Ford is doing to optimize and use the residual value of the batteries. This is a developing area in a developing EV business.”

At least on the surface, battery recycling should have nothing to do with lease turn-ins. Electric vehicle batteries are designed to last far longer than your typical vehicle lease, in fact, the “unique electrical components” in the Mach-E, F-150 Lightning and E-Transit are all covered by an eight-year/100,000-mile warranty.

Adding additional context, during a Deutsche Bank conference, John Lawler, Ford’s chief financial officer explained, “I don’t think anybody has sorted out completely the cycles and the use of the vehicles. These batteries have a long lifetime. And how would we recycle them? How would we think about recycling cars, reusing cars?” Continuing, he said, “[Think] about it like an airplane where you come in and refurb the vehicle, the miles – you still have miles left on that battery. So, there’s a lot of work to be done there yet, and we’re starting to think through how to optimize around the residual value of that battery and how we would leverage that…”

In addition to concerns about battery recycling, it’s likely Ford wants to keep these turned-in EVs so it can sell them as used vehicles. For starters, the Mach-E and Lightning have been blockbuster products for the automaker – both are sold out and Ford has more than 200,000 reservations for that excellent battery-powered F-150. Additionally (and for myriad reasons), the prices of used vehicles are in the stratosphere, so the automaker would probably prefer to hold on to these hot-selling vehicles than let customers sell them for a hefty profit.

According to CarsDirect, Ford also said, “The purchase of the BEV (battery-electric vehicle) lease is to aid in our goal of delivering carbon neutrality by 2050 by controlling the vehicle battery through its life, keeping it in the Ford network.” It’s unclear if this means the automaker will inspect batteries before reselling vehicles or if it will refurbish the packs or do something else entirely.

If end-of-lease battery recycling is necessary, Ford is currently working with Redwood Materials to help recover the expensive and rare materials used in EV batteries. Similarly, another company called Aqua Metals has developed a potentially game-changing way of recycling battery packs. Unlike smelting, the traditional – though wasteful – way lithium-ion batteries are processed, their AquaRefining electrochemical and hydrometallurgical process works with water-based chemicals and is done at room temperature. It’s a fascinating story that could revolutionize how lithium-ion batteries are recycled.