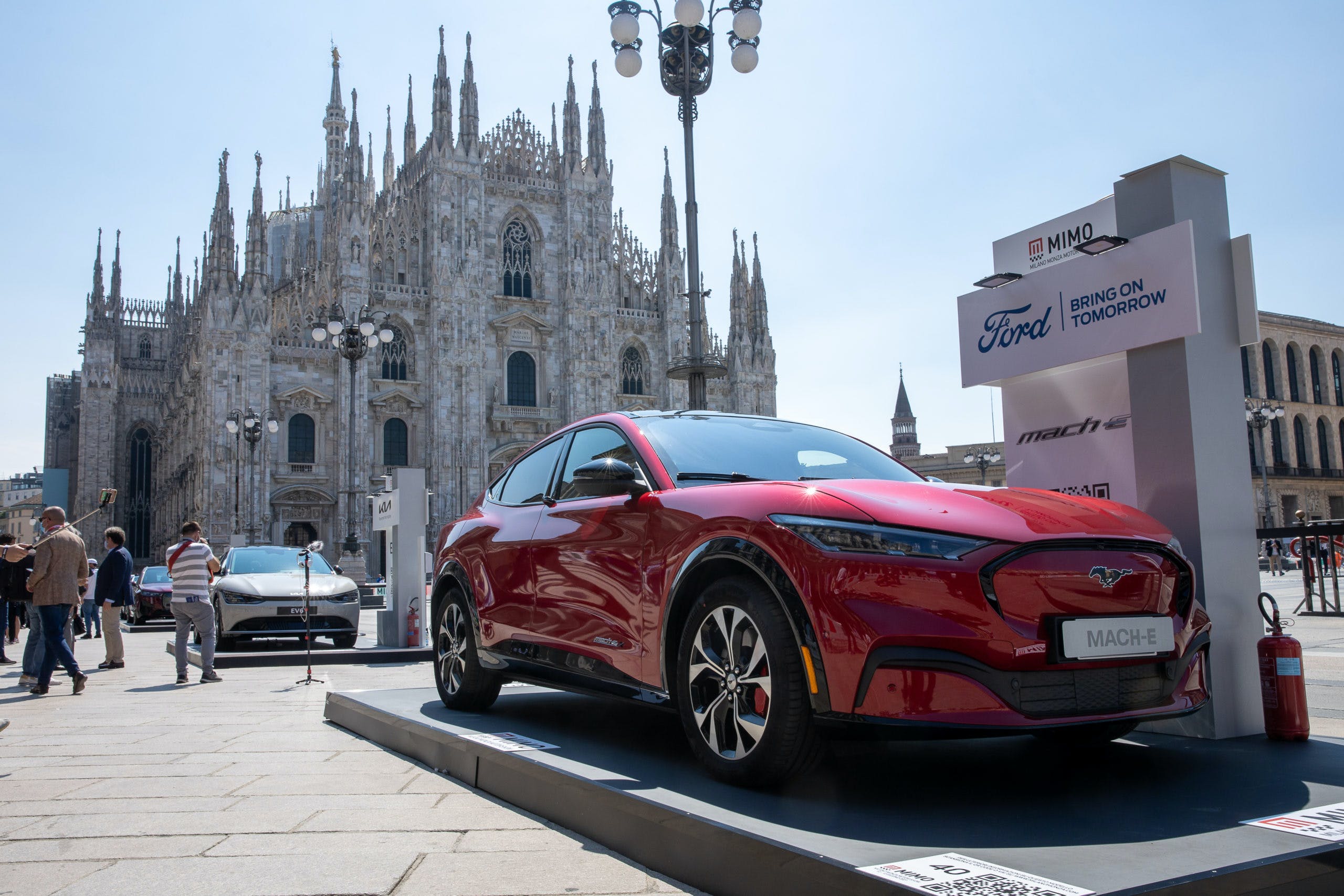 One model year after its initial release, the 2022 Ford Mustang Mach-E receives a range bump. First found by Macheforum via an order guide, the increase comes via battery packs with more usable capacity across the board. For the 2022 model year, the standard range model now has 70 kWh usable capacity while the extended-range variant now has 91 kWh of usable capacity. The document, however, doesn’t say if the overall size of the battery packs also increased. Initially, the Standard Range Mach-E has a usable capacity of 68 kWh while the Extended range version has 88 kWh.

That slight bump should give the 2022 Ford Mustang Mach-E slightly more range than the 2021 model. Currently, the standard range battery is EPA-rated for 230 miles in RWD guise or 211 miles with AWD. Extended range models are good for 300 miles with RWD and 270 miles with AWD. The Mach-E GT is good for 270 miles while the GT Performance Edition is rated for 260 miles. California Route 1 examples have the most range at 305 miles per charge. EPA ratings for the 2022 Mach-E haven’t been released yet but expect a slight bump in overall driving range across all models.

There’s no word yet on whether the increased usable battery capacity will also lead to more power. Standard range Mach-Es are rated at 266 hp and 317 lb-ft of torque for RWD models while AWD variants have the same horsepower but 428 lb-ft. Extended range variants get a bump to 290 hp in RWD form and 346 hp with AWD. Torque ratings remain the same as in the standard range models. The most powerful variants are the GT models, which are rated at 480 hp and 600 lb-ft in the standard form. Performance Edition examples get a further torque bump to 634 lb-ft. Those will be able to hit 60 mph between 2.5 to 2.7 seconds.

The Mach-E will be one of the first vehicles to be available with Ford’s BlueCruise hands-free semi-autonomous driver assistance feature. However, you must opt for the Ford CoPilot360 Active package to get it when you order the vehicle or as a software update. Ford’s SYNC 4A interface is standard featuring a large 15.5-inch touch screen.

Ford’s electrification will continue with more vehicles including the upcoming F-150 Lightning. The 2022 Ford Mustang Mach-E was just the start as the brand aims to make battery-electric versions of all of its iconic vehicles. That means it’s likely that the Bronco will be next along with the Explorer. Ford’s luxury arm, Lincoln, is slated to get its first EV in 2024.