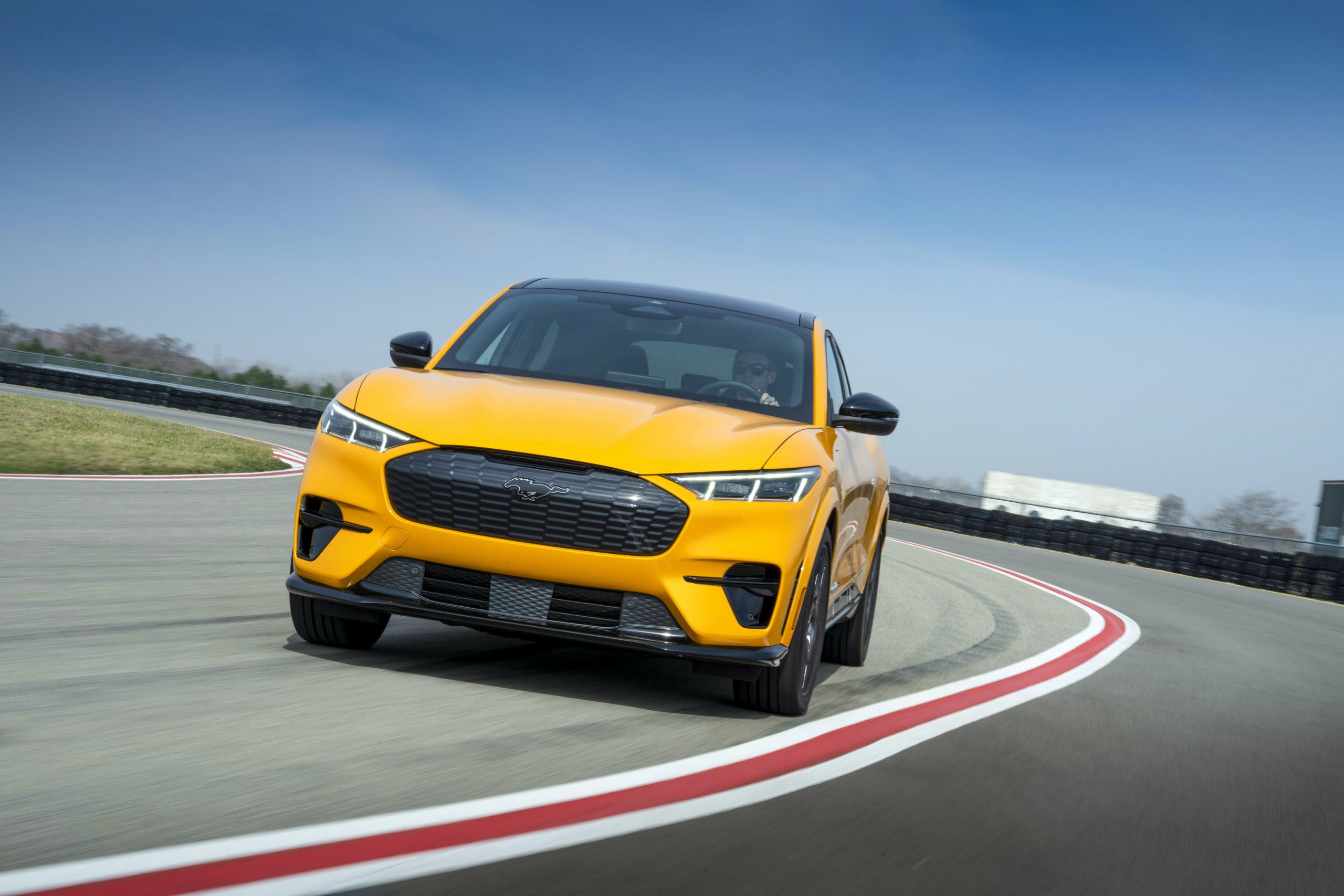 The EPA has officially released the range figures of the 2021 Ford Mustang Mach-E GT. On a single charge, the hot electric crossover can travel up to 270 miles. However, if you go for the GT Performance Edition, that figure goes down to 260 miles. Considering the Mach-E GT has 480 hp and 600 lb-ft of torque from its two electric motors, that’s not bad at all. That’s similar to a dual-motor, long-range Mach-E Premium, which has 346 hp and 428 lb-ft. In comparison to the original estimates, the 2021 Mach-E GT is EPA-rated 20 miles better. The Mach-E GT Performance Edition, on the other hand, is rated 25 miles higher than initially projected.

Like all long-range Mach-E models, the GT and GT Performance Edition use the larger 88-kWh battery. It can DC charge at peak rates of 150 kW, allowing it to charge from 10 to 80 percent in 45 minutes or add more 61 miles in 10 minutes. Using a level 2 or 240-volt AC charger, you can get a full charge in 14 hours, allowing for overnight home charging. Competitors like the Volkswagen ID. 4 DC charge at a slower peak rate of 125 kW while upcoming entries from Hyundai and Kia are capable of up to 350 kW at their peak.

The Blue Cruise hands-free semi-autonomous feature will be available as part of the Ford CoPilot 360 2.0 Active package, which also includes an improved automatic parking feature and a surround-view camera. Blue Cruise will allow for hands-free driving on over 100,000 miles of roads Ford dubs hands-free blue zones. To make sure you’re paying attention to the road ahead, a camera facing you monitors your eyes. In the event the system needs the driver to take control, you’ll get a visual prompt on the instrument cluster.

Pricing for the 2021 Ford Mustang Mach-E GT starts at $61,600 while the Mach-E GT Performance Edition checks in at $66,000. Reservations for the hottest versions of Ford’s electric crossovers started in April with deliveries beginning in the fall of this year. The Mustang Mach-E is eligible for the full $7,500 federal tax credit along with available incentives from each state.