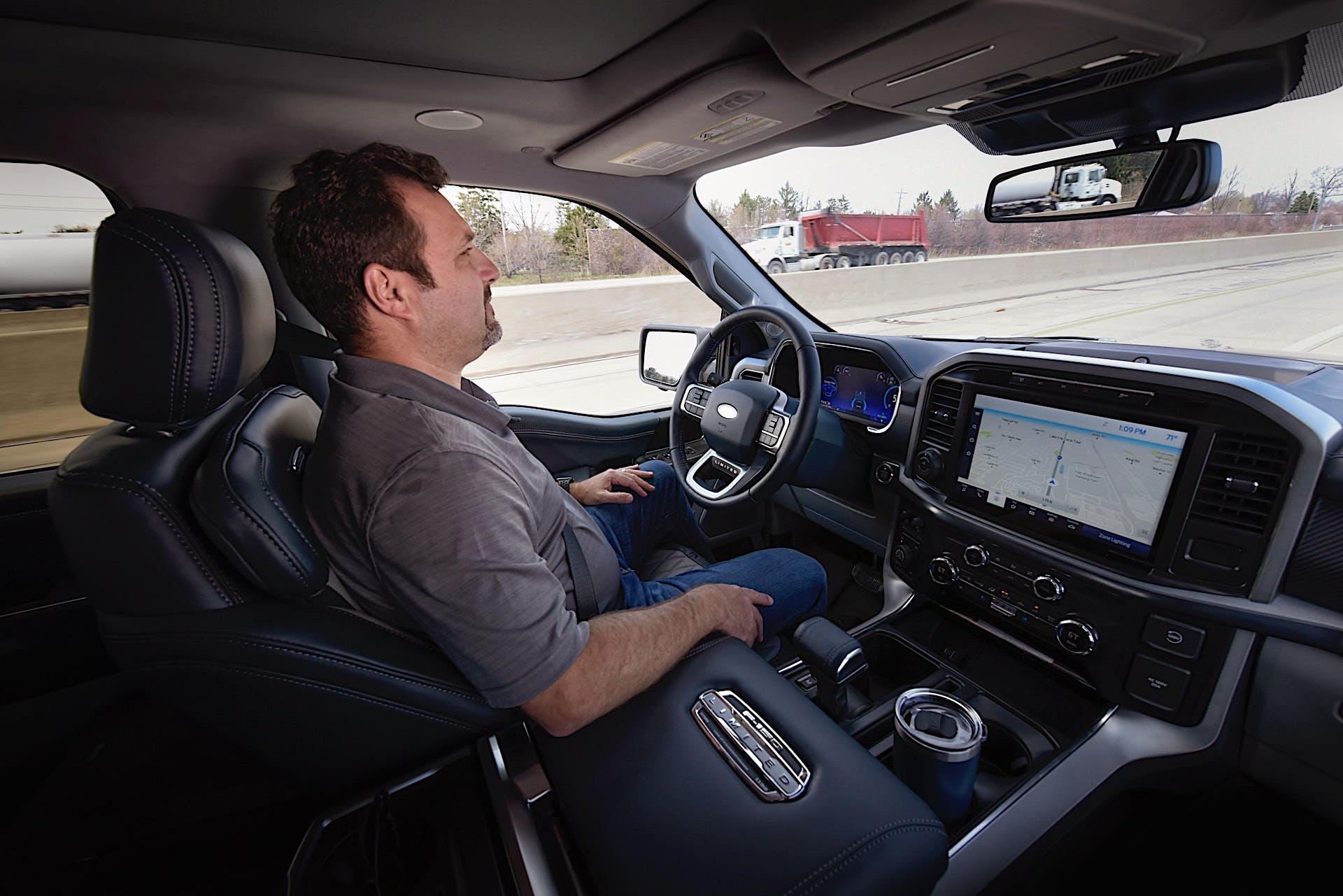 Ford has announced that it will officially start offering its BlueCruise hands-free highway driving system after testing it for 500,000 miles. Last year, the Blue Oval sent 10 cars, five F-150s, and five Mustang Mach-Es on what it called the “mother of all road trips” through 37 states and five Canadian provinces to help fine-tune the feature. Later this year, BlueCruise will be added to 2021 Ford F-150s and 2021 Mustang Mach-Es equipped with the CoPilot360 driver assistance suite via an over-the-air update.

The 10 vehicles involved in the road trip were put through every conceivable road condition. That allowed test drivers to get valuable data, evaluate how BlueCruise performs, and find areas of improvement. In total, over half a million development miles were logged in the vehicles to test how BlueCruise reacts to changing situations like traffic patterns, weather, and differences in lane markings and road signs.

BlueCruise builds on the Ford CoPilot360 driver assistance suite by allowing hands-free driving on over 100,000 miles of roads Ford dubs hands-free blue zones. A camera facing the driver monitors your eyes and makes sure your attention is on the road ahead. Lane centering has also been added, allowing the vehicle to keep itself within its lane. Should the system require the driver to put his/her hands back on the steering wheel, a visual prompt will appear on the instrument cluster. Blue light cues and text on the instrument cluster are also how BlueCruise lets you know if it’s in hands-free mode.

In addition to the F-150 and Mustang Mach-E, Ford will also make BlueCruise available on more vehicles via an over-the-air update. The system will eventually include automatic lane changes and predictive speed assist, which adjust the car’s speed for curves, roundabouts, and other situations. Ford also plans to make regular updates to add new changes to specific roads and include new roads.

The BlueCruise software, which includes a three-year service period, will be available on the F-150 and Mustang Mach-E in the second half of 2021 for $600. However, hardware pricing will vary based on the vehicle. In the F-150, BlueCruise will cost $1,595–$600 for the software and $995 for the hardware. The Mustang Mach-E gets BlueCruise as standard for the Premium, CA Route 1, and its edition models. On the Select model, it’s $3,200 split as $600 for the software and $2,600 for the required Comfort and Technology packages.