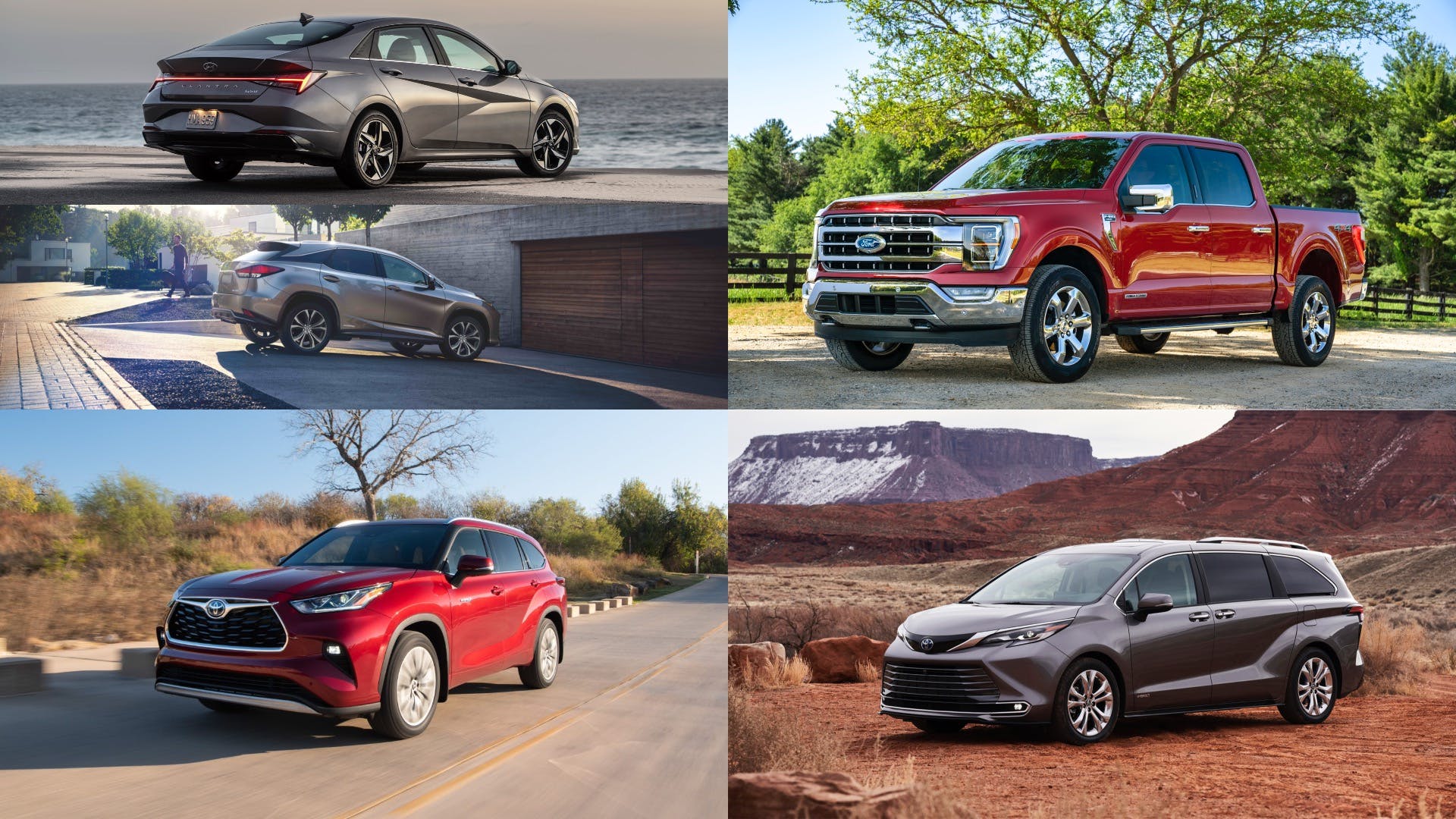 For first-time owners, switching to a hybrid vehicle may be a new experience. The way the powertrain operates changes how the car behaves and adds new tools to your driving arsenal. That may lead some consumers to pick a car specifically on how easy it is to get accustomed to the driving experience. Luckily, there’s a lot of hybrids on sale today that don’t require excessive learning time to drive and we’ve compiled 23 of them from various segments.

The Toyota Prius pioneered the hybrid segment and it’s no surprise that four generations in, it remains a solid option. Despite the current model’s divisive looks, it drives exactly as you’d expect a compact car would, comfortable and easy to park.

Hyundai’s first dedicated electrified vehicle was one of the first to wrap a hybrid in a more conventional package. The Ioniq doesn’t flaunt its eco-friendliness with futuristic styling. Instead, you get an ultra-efficient compact hatchback that’s pleasant to drive and easy to live with.

No other hybrid embraces normalcy as much as the Kia Niro. This pint-sized crossover-like hatchback is surprisingly spacious and it’s packed with plenty of driver assistance features. Agreeable road manners make the Niro a stronger value especially when you consider how practical it is.

Think of the Honda Insight as an electrified Civic with a different name. Other than some exterior design differences, the Insight is exactly that and it’s not a bad thing. Great to drive, efficient, and practical, the Insight is a well-rounded package that so happens to be a hybrid sedan.

If you’re looking for a subcompact crossover that’s electrified but can’t commit to a fully electric or a plug-in hybrid, take a look at the Lexus UX 250h. With AWD standard, this little crossover is one of the most efficient cars in its segment. Just keep in mind that the UX’s interior is tight, limiting its practicality.

The current-generation Ford Escape brought back the hybrid powertrain and it’s now one of the most efficient compact crossovers available. Car-like road manners and solid fuel economy allow the Escape Hybrid to stand out as one of the better-driving vehicles in its segment.

Toyota’s popular RAV4 is best experienced in hybrid guise. With 219 hp on tap, standard AWD, a strong reputation for reliability, and exceptional efficiency, this crossover checks many boxes. You can even get a sport-tuned XSE model with unique suspension tuning if you want a RAV4 Hybrid with slightly tighter handling.

Quite possibly the most well-rounded compact crossover available, the Honda CR-V adds great fuel economy to its arsenal in hybrid guise. With AWD standard, you get four-season traction, too, making the CR-V Hybrid a strong proposition regardless of where you live.

Despite its age, the Lexus NX 300h remains a viable option, especially if you’re new to hybrids and want one that’s a little more luxurious. No, it’s not the most powerful vehicle in its class but Toyota and Lexus’ focus on comfort creates an electrified compact crossover that’s easy to drive.

The best version of the Toyota Camry is the hybrid, blending power, efficiency, and the Japanese automaker’s reputation for reliability. No, it’s not the most exciting thing to drive but at least the Camry Hybrid is honest; it’s a comfortable, frugal, and spacious midsize sedan that’s as happy commuting as it is road tripping.

If you’re a tech lover wanting a hybrid midsize sedan that’s essentially a mobile device on wheels, take a closer look at the Hyundai Sonata Hybrid. This svelte four-door packs all the latest gadgets and driver assistance features without adding extra complexity. The range-topping Limited trim also has solar panels on the roof to help power all of that extra tech and maximize powertrain efficiency.

In hybrid form, the Honda Accord becomes the near-perfect midsize sedan. Exceptional ride and handling, a roomy cabin, and a frugal yet punchy powertrain all help this benchmark stay on top of its game.

If the Camry is too small for you and you still want a Toyota hybrid, take a look at the Avalon. In hybrid form, the Avalon becomes the ultimate cruiser. Spacious, quiet, and fuel-efficient, this sedan is a solid road trip or daily commute companion.

One of only a handful of mainstream SUVs offering three rows of seating and an electrified powertrain, the Kia Sorento Hybrid blends efficiency with practicality and still provides enough power when you need it. However, it’s only offered in FWD S and EX grades, meaning you can’t get all the tech goodies found in the SX variants.

Leave it to Toyota to put a hybrid powertrain as the only option in a minivan. That’s not a bad thing because the Sienna is now one of the most efficient vehicles in its class. Even with AWD, the Sienna still manages to get 35 mpg combined, impressive for a seven- or eight-seat people mover.

The Lexus ES 300h blends a luxuriously appointed interior and a comfortable ride all in one package. This version of the popular sedan epitomizes its character, a chill, relaxing premium-badged four-door that’s also highly efficient and easy to live with.

One of the original hybrid three-row SUVs, the Toyota Highlander was electrified long before other automakers even joined the party. This crossover offers efficiency and acceptable power to haul family or gear around. Just make sure you treat the Highlander’s third row as emergency use-only because they’re tight even for kids.

The Ford Explorer Hybrid takes a different approach with electrification, prioritizing power and towing capability while still retaining respectable fuel economy. You will pay for it, though, because the Explorer Hybrid is only available in the Limited trim, one of the upper models in the lineup.

Like the Toyota Highlander, the Lexus RX had a hybrid variant before everyone else jumped on the bandwagon. With 308 hp combined and AWD standard, the RX 450h blends power, a quiet interior, and all-weather traction.

Looking for a premium car experience while staying under the radar? Consider the Toyota Venza. Think of it as the more luxurious sibling of the RAV4 featuring the same smooth-operating 219 hp hybrid powertrain but with a quieter, posher interior.

Ford’s latest F-150 marks the first time the truck gets a hybrid powertrain and it brought more than just superior power and efficiency. You get a lot of cool new features for work including a 7.2-kW generator that can charge an EV.

If you’re looking for a compact sedan that’s affordable, easy to drive, and seats four comfortably, check out the Toyota Corolla Hybrid. This frugal four-door is available only in LE grade, meaning it’s within reach of the majority of consumers and proves your electrified vehicle doesn’t need to cost a fortune.

Is the Hyundai Sonata Hybrid too big? Do you still want a tech-packed electrified sedan? Check out the latest addition to the Elantra family, the Elantra Hybrid. Available in two flavors, this angular compact has a cavernous interior and a lot of available tech features all for under $30,000. Did we mention it’s also pleasant to drive? The independent rear suspension gives the car a nice ride and handling balance.