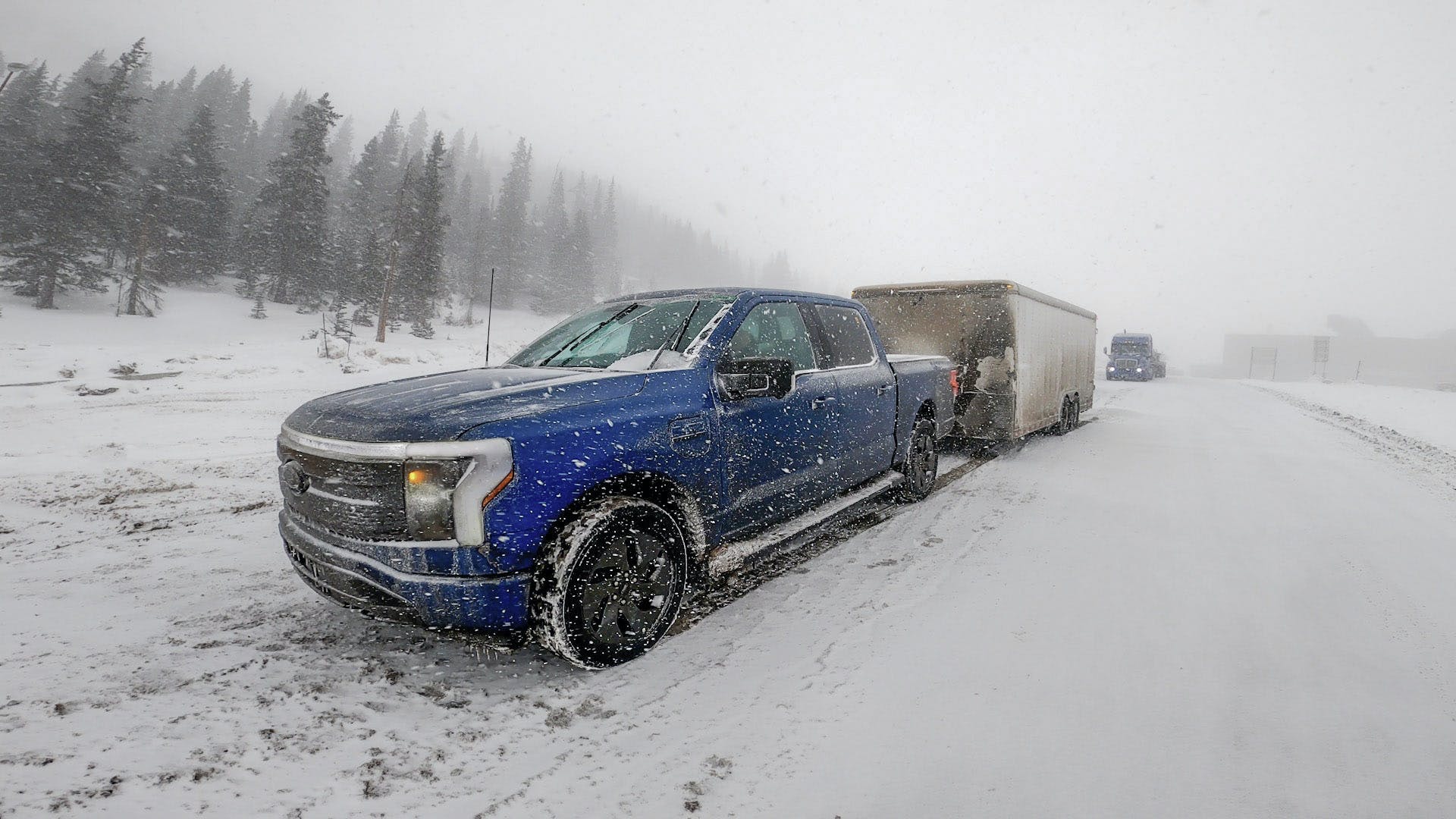 We’re not far off until deliveries of the 2022 Ford F-150 Lightning start and now the Blue Oval has released a video showing the truck going through the toughest conditions. As part of its towing, capability, and durability testing, the battery-electric truck was taken to locations like the Davis Dam near the Nevada/Arizona state border where temperatures go well over 100 degrees Fahrenheit during the summer. The trucks were later taken to the Ike Gauntlet in Colorado, an 8.0-mile stretch of Interstate 70 that goes up to a 7 percent incline up to a maximum elevation of 11,158 feet.

The preproduction 2022 Ford F-150 Lightning trucks used for the evaluation were equipped with both the standard and extended range batteries. They were hooked with SAE-grade trailers weighing 10,000 pounds, which is the most the F-150 Lightning can tow. The double-axle trailers were 24 feet long and had front areas measuring 60 square feet, which can affect aerodynamic performance. Chief Engineer Linda Zhang and her team put the trucks through the harshest winter conditions in Colorado, evaluating the vehicles on a day where temperatures were -2 degrees Fahrenheit and 2.0 inches of snow fell.

On the other extreme, the engineering team took the Lightning prototypes towing the same trailers in the extreme heat. Testing was conducted during a day when ground temperatures were 118 degrees at Davis Dam, which lies between Route 68 and Las Vegas, Nevada. In just 11.4 miles, the altitude increases from 550 feet above sea level to 3,500 feet. Like the Ike Gauntlet, the Davis Dam evaluations put the trucks through steep uphill roads at highway speeds while pulling their maximum towing capacity. These are just part of a broader testing regime for the F-150 Lightning ahead of the truck going into production.

On a single charge, the standard range pack can travel up to 230 miles per charge. The extended range battery pack increases the truck’s range to 320 miles on all but range-topping Platinum trim, which is rated at 300 miles. Regardless of the pack equipped, the F-150 Lightning can DC charge from 15 to 80 percent in just over 40 minutes thanks to a peak DC charging speed of 150 kW. Standard range models make 426 hp and 774 lb-ft of torque while the extended range trucks get more horsepower at 563.

Both locations are meant to push trucks to their limits regardless of the type of powertrain. These tests ensure that the F-150 Lightning exceeds their capabilities in the real world and can accomplish the tasks that they’re expected to do. Pricing for the 2022 Ford F-150 Lightning starts at $41,669 for the commercial-grade Pro trim. Retail versions start at $54,669 for the XLT trim and can balloon to over $90,000 for the luxury-oriented Platinum trim, which comes with creature comforts like heated, ventilated, and massaging front seats, and a massive 15.5-inch touch screen.