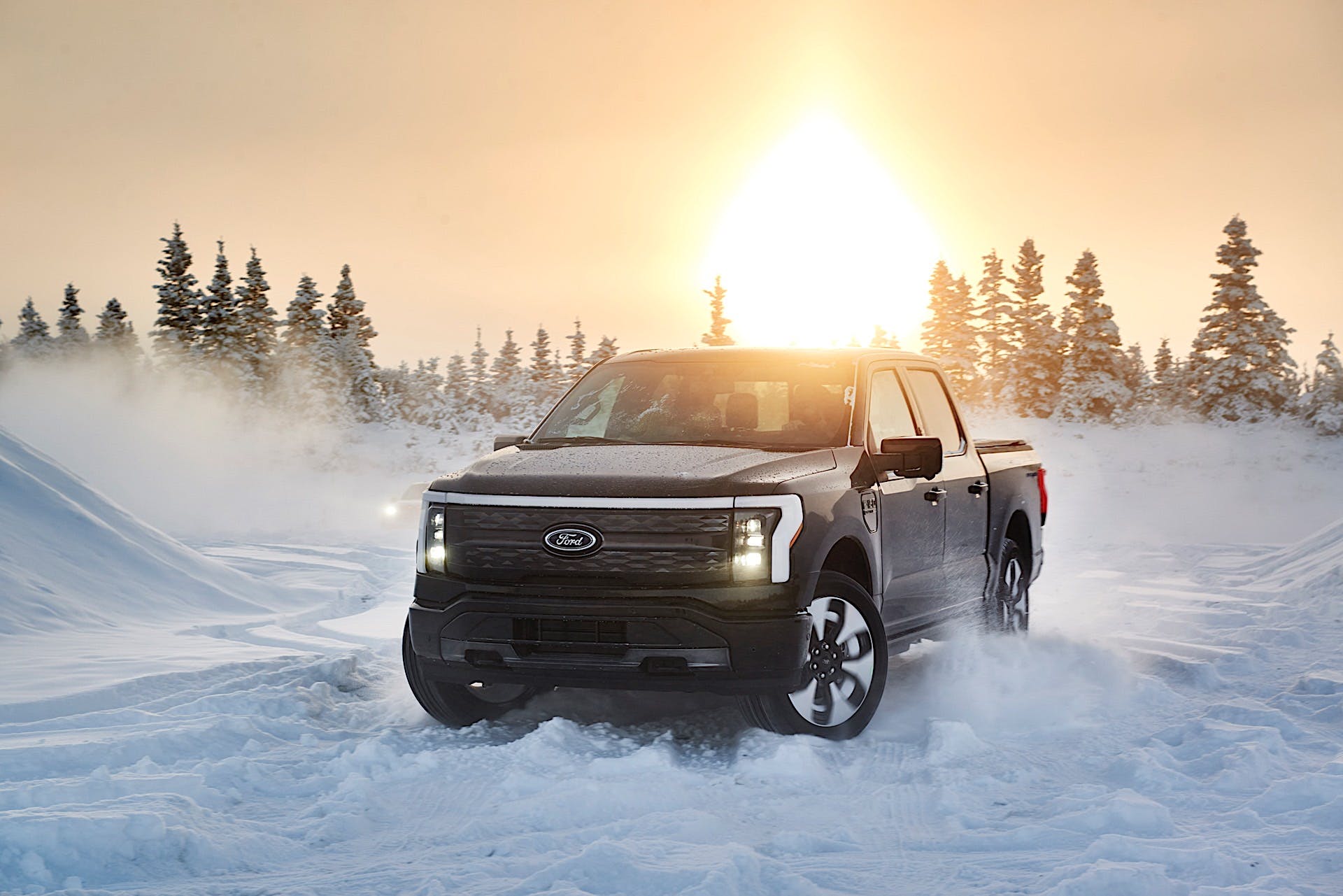 Winter weather testing is something that every automaker does. There are proving grounds north of the Arctic Circle, in northern Michigan, and in various parts of Canada and Alaska. This extreme climate testing is a crucial part of validating a new product and to ensure that it’ll work wherever the owner of the vehicle decides to take it.

Ford is currently performing that testing on its new F-150 Lightning up in Alaska, and the company just released some images and video of the truck playing in the snow.

“Alaska provides us the extremely cold temperatures, snow and ice-covered surfaces that we need to push the F-150 Lightning in this type of testing, which is really focused on dialing-in how the truck delivers its power to the ground on slippery surfaces,” said Cameron Dillon, F-150 Lightning powertrain engineer.

Low grip, or low-mu situations, aren’t just one of the reasons why you’d want to test in the snow. It’s also quite cold, and it’s known that EV batteries don’t perform as well in the bitter cold. Engineers need to make sure it delivers the performance the owner expects even in subzero temperatures.

“Customers may not regularly see minus 30-degree mornings like we are seeing here, but they will see winter cold, snow and icy roads, and they should feel confident their F-150 Lightning is ready for all of it,” Dillon said.

While this particular testing was conducted at an undisclosed military base, Lightning has undergone testing in Michigan’s Upper Peninsula, Borrego Springs, Johnson Valley, and of course at Ford’s Milford proving grounds.

One of the advantages that Ford touts in an electric pickup in these low-mu situations is how quickly power can be sent to either axle. Since there’s a motor on each axle, decisions can be made and executed by the onboard computer in milliseconds.

We had a chance recently to drive an electric pickup truck — Magna’s EtelligentForce prototype — on a cold, snowy proving ground in Michigan’s Upper Peninsula, and it was unlike any pickup we’ve driven before in the snow. We’re not sure if the Lighting is programmed to do trick things like overdrive the front wheels in low traction like the Magna prototype, but we’re confident that when we drive the Lightning later this year it’ll have similar performance characteristics in low traction, improving vehicle responsiveness and making the truck safer.

We have to say, while winter performance testing is important to making sure a vehicle performs well in all conditions, it also looks like a freakin’ ton of fun sliding around a big pickup truck in the snow.

Lightning should be arriving to customers this spring.