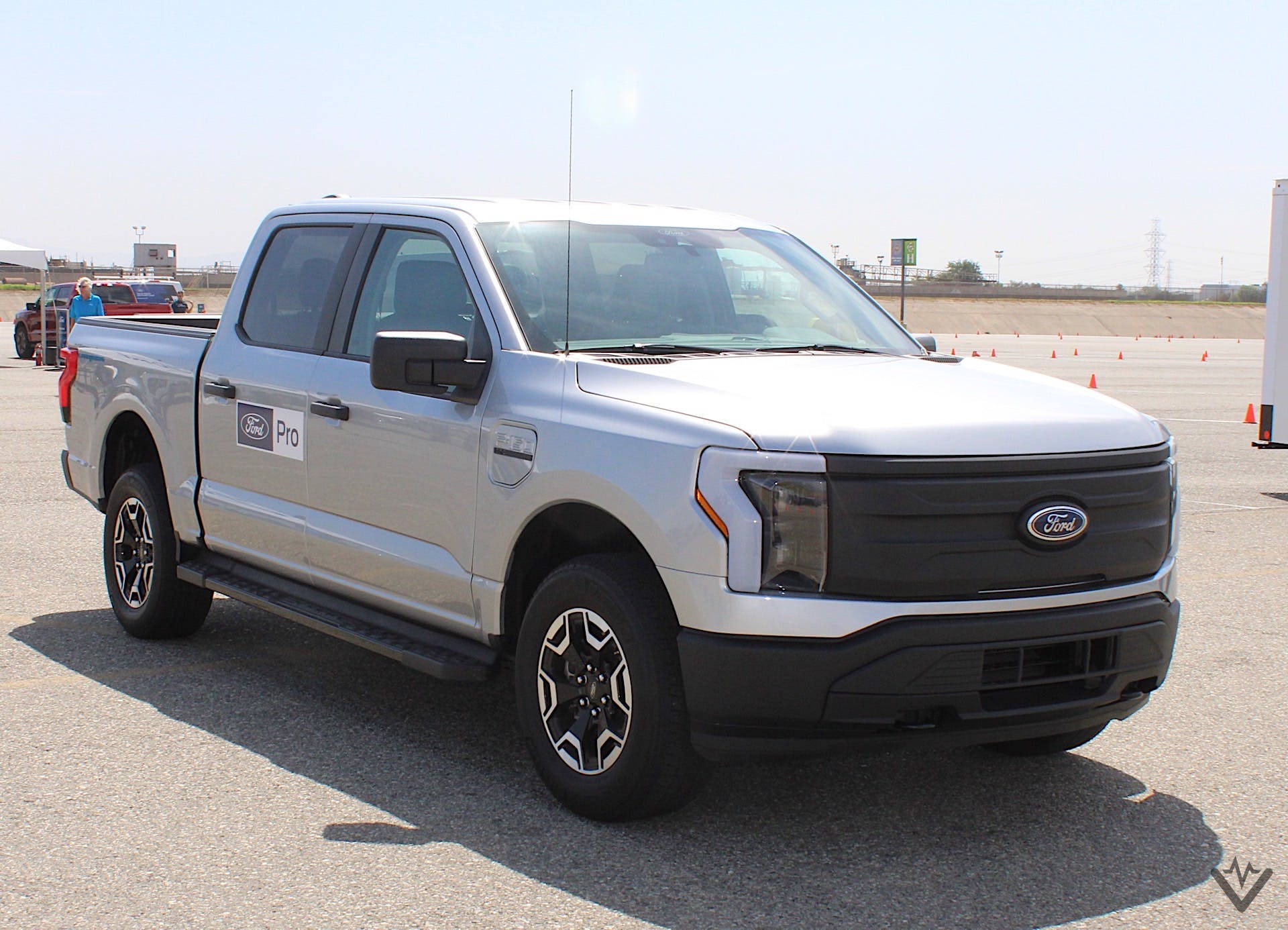 During our first look at the 2022 Ford F-150 Lightning, we were impressed at how it’s built. It fulfills the needs of truck buyers yet somehow manages to also be appealing to tech-focused consumers. This pickup blends utility and technology so well, it may just change the way the average person looks at trucks. However, that’s not all that the Lightning has under its bag of tricks. Beyond capability and cutting-edge features, this pickup also performs. We got a ride in a prototype just to see what this battery-electric rig can do.

To recap, the 2022 Ford F-150 Lightning has a dual-motor setup and 4WD standard. You’ll have a choice between a standard or extended range battery. The former has 426 hp and a full driving range of 230 miles per charge. Getting the latter bumps the output and range up to 563 hp and 300 miles. Regardless of which version you have, the F-150 Lightning has a whopping 775 lb-ft of torque.

At the overview event that Ford held in Fontana, California, we got a ride in a prototype with an extended range battery. That means the two trucks we were in had the highest horsepower and range. The closed course Ford setup was essentially an autocross and boy did this rig defy its size in so many ways. At roughly 6,500 pounds, the F-150 Lightning is around 1,000 pounds heavier than its internal combustion and hybrid counterparts. That didn’t matter though. Instant power delivery from the two electric motors pinned you hard into your seats. Acceleration was relentless and didn’t feel like it was tapering off the faster the truck went. The truck’s extra weight essentially got nullified by the torque.

Once the course started twisting, the F-150 Lightning still kept its composure. The low center of gravity, which is achieved by mounting the battery pack as low as possible, kept it stable even through tight turns. Body roll was nearly nonexistent; seeing the truck do the course from the outside, you barely see any lean even as the driver tossed it aggressively into a tight turn. From the passenger’s perspective, you feel like there’s body roll because the G-forces are pushing you around more. Look out ahead and you’ll notice that the truck is barely moving thanks to the ultra-stiff body and chassis, which now features an independent rear suspension, a first for the F-150 family.

After getting a ride in the red XLT trim consumer truck, we decided to hop in for another round. This time, it was in a black F-150 Lightning Pro, the commercial version equipped with an extended range battery. Just like the red one, its acceleration pinned everyone into their seats as it effortlessly got up to high speeds. This one also turned into corners better than any truck has the right to and barely had body motions through them thanks to that big battery pack under the floor. So yes, even the commercial truck variant defies its size and dances around like a ballerina.

Two rides and a full load of adrenaline rushing through, we came away impressed with the F-150 Lightning’s capabilities. These early prototypes showed a lot of promise for the final production trucks and it’s poised to change the game on the performance front too. Beyond the usability and technology it offers, the Ford F-150 Lightning could be signaling a new paradigm shift for sport trucks and hint at what an all-electric Raptor could be like.

♬ Up and Away (Vocalese) – GHOSTLAND

The benefits of electrification go beyond usability and practicality. At the performance end of the spectrum, you get so much without adding extra complexity. The 2022 Ford F-150 Lightning is proof that going electric brings a lot more to the table on top of sustainability. You get power, performance, simplicity, and practicality, too. These prototypes have cemented the F-150 as the truck of the future, the one that’s ahead of the game because it electrified early. With all the goodness this truck promises, we can’t wait to ride the lighting and finally get behind the wheel of one soon.