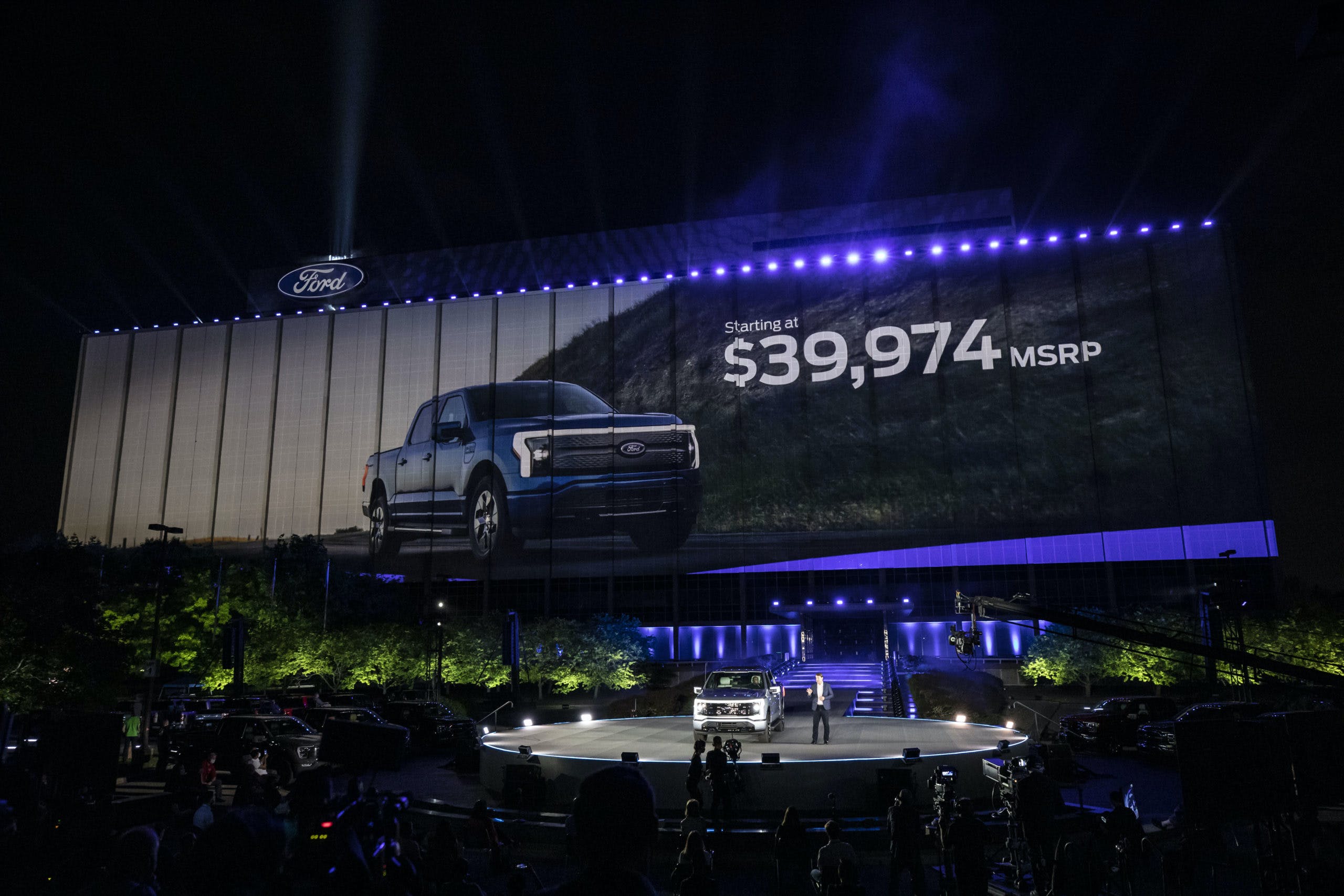 Ford’s second-quarter results have shown that its electrified models have generated a lot of interest. As part of its Ford+ plan, the Blue Oval aims to make distinct products and services for consumers with electrification spearheading its activities going forward. The biggest highlight is the number of preorders since it debuted earlier this May.

The 2022 Ford F-150 Lightning is the all-electric version of the bestselling model in the United States. It will be available in a commercial version called the Lightning Pro and a consumer-oriented XLT grade; however, the only configuration available is a crew cab. The least expensive version is the Lightning Pro, which will start at $39,974 before the $7,500 federal tax credit and a targeted range of 230 miles on the standard battery. Powered by two electric motors, the F-150 Lightning makes 426 hp and 775 lb-ft of torque with the base pack. Opting for the long-range battery pack bumps horsepower to 563 and EPA range targets to 300 miles. Charging capability also increases because the big battery option also gets you a 19.6 kW onboard charger and Ford’s Charging Station Pro (optional on other retail and commercial models). Prices for the larger battery start at $49,974. Maximum payload and towing capacities stand at 2,000 pounds and 10,000 pounds respectively.

There are, however, limitations on who can buy the F-150 Lightning Pro. Retail customers are only able to get the standard range version of that truck. If you’re looking to get a larger battery, you must get the consumer version that starts at $52,974. Ford also offers handy features like the Pro Power Onboard outlets that can generate up to 9.6 kW of power, which Ford says can run a house for 3 days. Ford’s Intelligent Backup Power feature also allows the car to know when the power goes out and turns the truck into a generator and recharges it when power is restored. Ford’s Sync 4A interface will also be on the F-150 Lightning and just like the Mustang Mach-E, will allow for over-the-air (OTA) updates.

Other highlights during Ford’s second-quarter results include 20,000 preorders for the Maverick, its new compact truck. This pickup distinguishes itself thanks to its low $21,490, which includes a hybrid powertrain that’s expected to get an EPA rating of 40 mpg in the city. The powertrain pairs a 2.5-liter four-cylinder with an electric motor, a lithium-ion battery, and a planetary gear set for a combined output of 191 hp. The Maverick’s hybrid powertrain is available only with FWD but it comes standard on all three trims and can be loaded up to the gills if you choose to do so.

The Mustang Mach-E, Ford’s first dedicated all-electric model is now the second bestselling electric crossover in the U.S. Its owners are also the highest percentage to opt for OTA updates at 95 percent. Ford now expects to perform four times more than the number of OTA updates originally projected before the end of 2021. By 2030, Ford expects 40 percent of its global lineup to consist of electrified vehicles. Beyond the F-150 Lightning and Mustang Mach-E, Ford is aiming to add a large electric crossover and possibly a Bronco EV since the company announced that it will electrify all of its “iconic products.”