We might have an early indication of Nissan Ariya’s real-world range, maybe, or maybe not 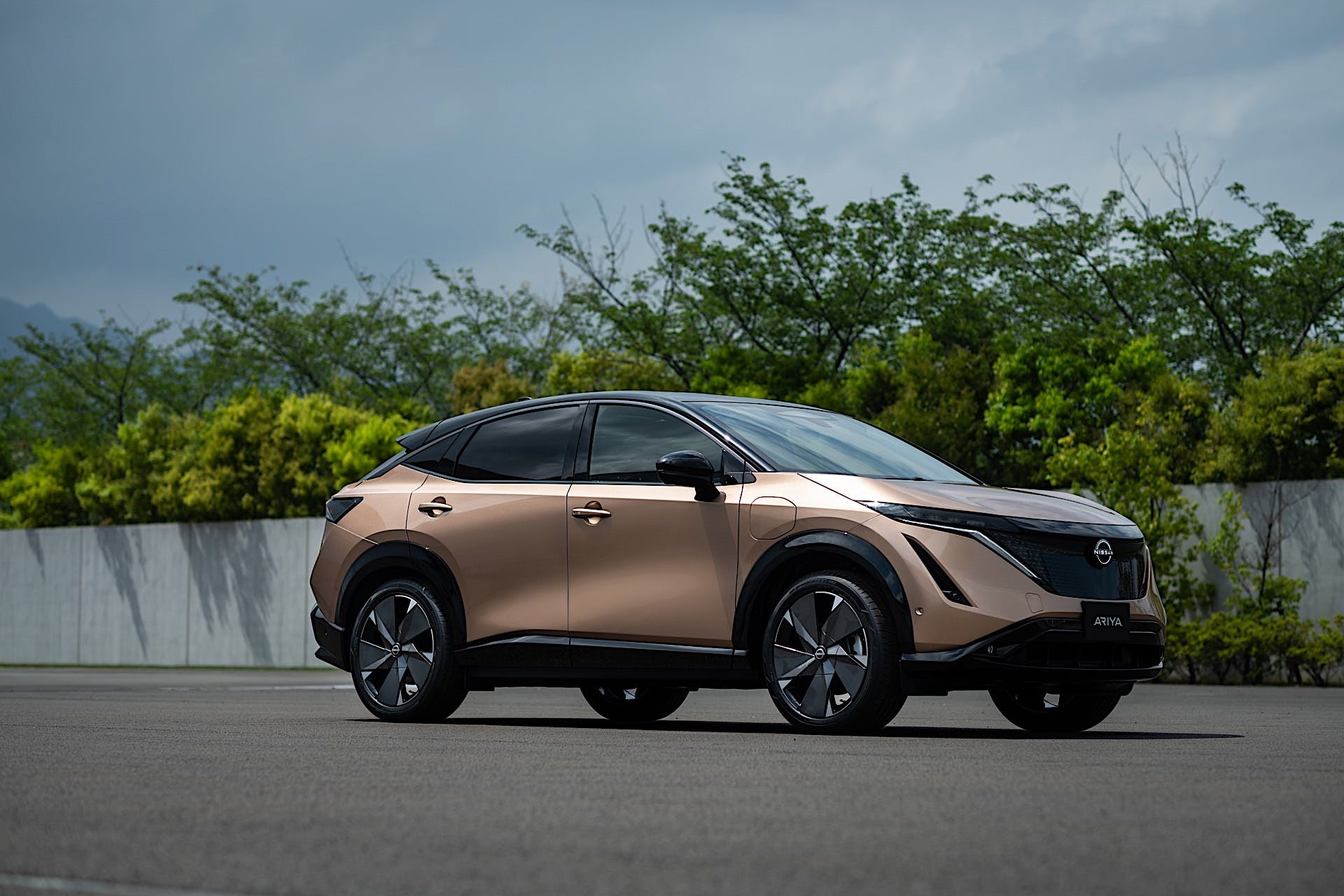 The upcoming Nissan Ariya is the company’s first foray into an electric crossover utility vehicle. Even though it is delayed now until next year in the United States, it doesn’t stop testing of the new product here stateside.

A Twitter user was recently charging their Mustang Mach-E at an Electrify America station in Greenwood Village, Colorado and noticed that there was a red Ariya charging. While the badges were covered up, it’s quite obvious it’s the new Ariya. Wearing Michigan manufacturer plates, it was there with a Nissan Rogue that also wore Michigan tags.

SPOTTED: Preproduction Nissan Ariya. They didn't want me to get pics of the inside. Very similar look to an ID.4. They said they were getting between 180-220 mile range. pic.twitter.com/09EWXHQR6y

Apparently the drivers of the Ariya were keen to making small talk, and mentioned that they were getting between 180 to 220 miles of range from the new utility.

While this is not official EPA testing, and while we don’t know the driver’s driving method, this is the first indication of what we might see real-world in mileage from Nissan’s new EV.

So what do those numbers mean? Is that good for a vehicle like this or is it bad?

Well it should be mentioned that the number should be taken with a grain of salt, because of the before mentioned reasons, but at the higher end of the scale, 220 miles is pretty competitive.

A Volkswagen ID.4 is EPA rated at 250 miles, and you can definitely get that range out of it if you’re spending most of your time driving in the city or with some limited highway speed. As your speed gets about 65 mph, that range can drop pretty quickly.

So the 220 mile estimate from the driver isn’t bad, especially if they were doing higher speed highway driving. Additionally, Colorado isn’t flat — at least it wasn’t the last time we checked — which can have an effect on overall range.

The 180 mile range isn’t too far fetched either, all things considered. If it’s a an all-wheel drive version of the Ariya and if they were driving at highway speeds it’s very possible to see range drop off like that.

Compared to a long range Model Y, 180 to 220 miles isn’t great, but there should be a significant price difference between the Ariya and the Model Y when the Ariya goes on sale. We’re expecting MSRP pricing to fall somewhere where the Ford Mustang Mach-E lives and the VW ID.4. Nissan is still eligible for federal tax incentives, which will make it more affordable.

A Nissan spokesperson told EV Pulse, “This was a pre-production unit that was being used for testing. Ariya will have up to 300 miles of range when it launches.”

So what conclusions should you draw from these numbers? Under aggressive testing conditions 180 miles of range isn’t far-fetched for a modern EV. Since we don’t know how those drivers were driving the Ariya, we have to assume they weren’t driving for optimal range.

We’ll ultimately learn more when EPA testing is official and we get a chance ourselves to test the range of the 2022 Nissan Ariya. Until then, take range guesses with a grain of salt.