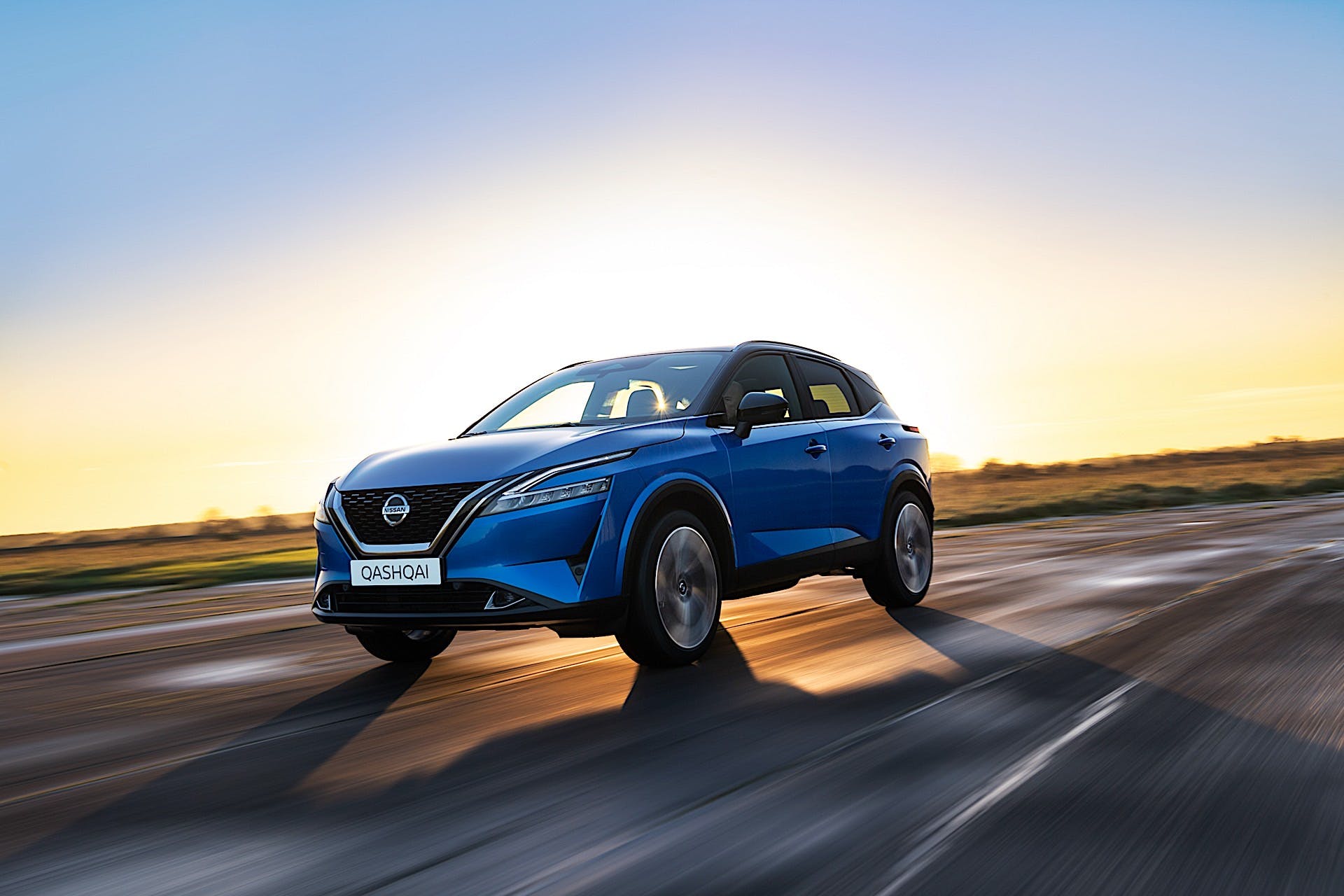 Nissan has finally taken the wraps off the third-generation 2022 Qashqai and it marks the first time the brand’s e-Power hybrid system will be offered in the European market. The subcompact crossover is one of the bestselling models for Nissan and it’s now sporting a sharp new look. In total, Nissan has sold well over three million units since introducing the Qashqai back in 2007.

A new platform called the CMF-C underpins the new Qashqai and is lighter than its predecessor. The liftgate is made of composite materials, cutting weight by 2.6 kg or 5.7 pounds. Aluminum is now used on the front and rear doors, reducing the body-on-white’s weight by 21 kg or 46 pounds. In total, the new Qashqai’s body-on-white is 61 kg or 132 pounds lighter yet it’s 41 percent stiffer than the previous generation. Nissan also reworked the suspension and steering for better ride and handling. FWD models get a torsion beam in the rear while AWD variants employ a multilink setup.

You’ll notice immediately that the 2022 Qashqai looks like the smaller, curvier sibling of the Nissan Rogue. The roofline descends quicker while the rear window isn’t as upright. Two-tier headlights and a new iteration of the V-motion grille give the Qashqai the Nissan family resemblance. Inside, the cabin features a similar layout as the Rogue, featuring an available 12.3-inch digital gauge cluster, a 9.0-inch touch screen, and a head-up display. However, you don’t get a storage cubby under the center console.

In addition to conventional gas-powered powertrains, the Qashqai also gets the e-Power hybrid system. This combines a 154-hp 1.5-liter variable compression ratio engine acting as a generator for a battery and an electric motor with 187 hp and 243 lb-ft of torque. Unlike other hybrid systems, which also use the gas engine to motivate the vehicle, the e-Power system uses the electric motor solely for propulsion. This means you get instant power the moment you put your foot down on the accelerator. Together with the e-Pedal system, which teaches you how to drive with only one-pedal, the Qashqai e-Power’s driving experience is more similar to an electric vehicle than a conventional gas-powered car. When it goes on sale in Europe later this year, the Qashqai e-Power will only be available in FWD configuration. There’s no word yet on whether a dual-motor AWD version will follow later on.

The previous-generation Nissan Qashqai has been sold as the Rogue Sport in the U.S. since the 2017 model year. Nissan hasn’t revealed whether this latest iteration will come to the U.S. Should the new Qashqai return as the Rogue Sport, we hope that Nissan’s e-Power hybrid system comes too. With electrified powertrains now finding their way into every segment, a new Rogue Sport that offers more power and excellent fuel economy could help Nissan compete in the subcompact crossover segment.