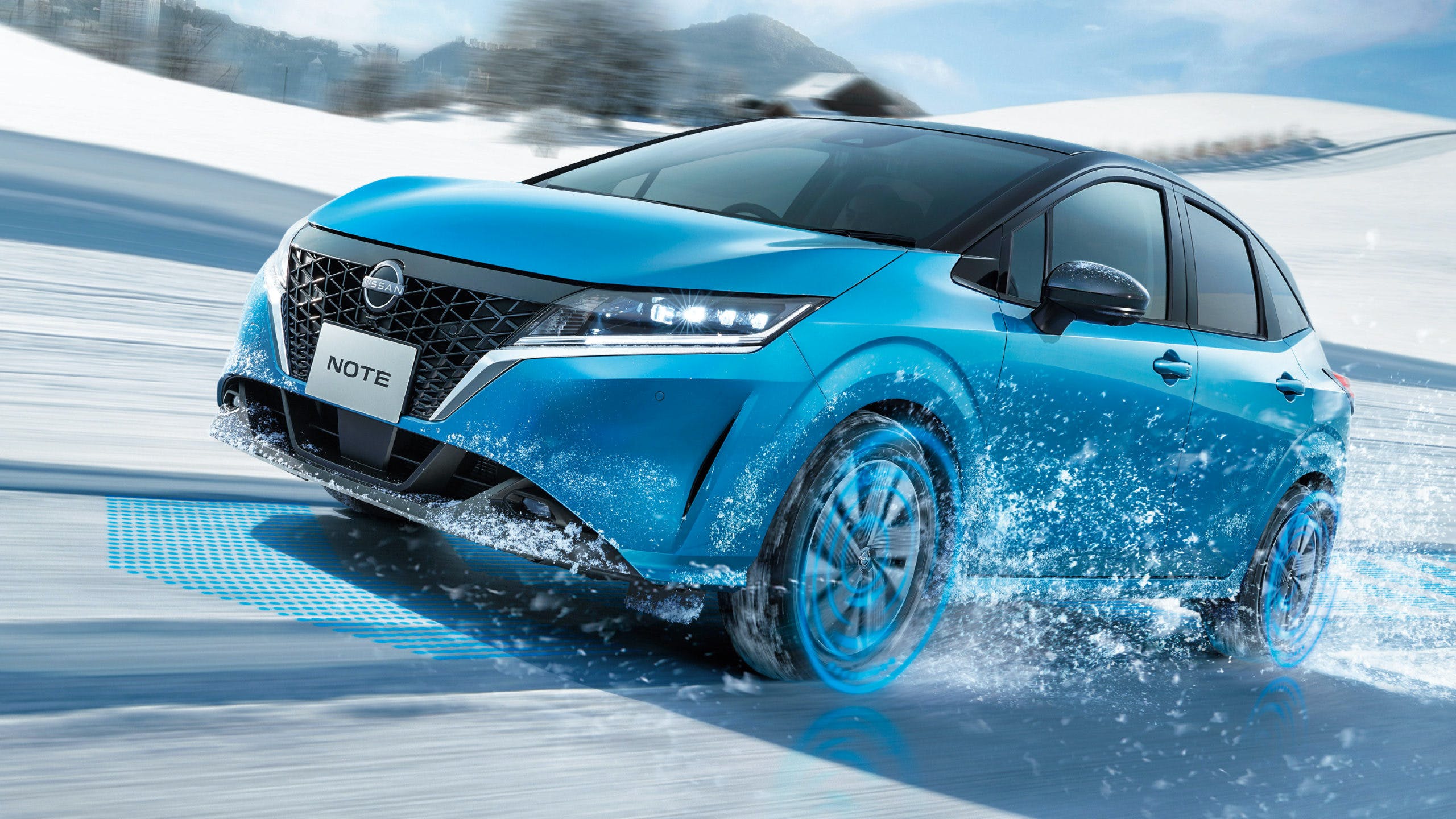 A month after introducing the new Note in its home market of Japan, Nissan has added the Note e-Power AWD. This variant of the cool little subcompact hatchback features an updated version of Nissan’s e-Power hybrid system, the only powertrain available in the Japanese market.

Unlike hybrid systems from other automakers, Nissan’s e-Power only drives the wheels using the electric motor. The gas engine is there only as a generator to give a small lithium-ion battery continuous charge.

What’s different between the standard Note and AWD version? the number of electric motors. AWD models get a second one mounted on the rear axle. In this iteration, the rear electric motor is the more powerful of two. Nissan says that should allow for quicker acceleration, especially in wet or snowy conditions.

Brake-based torque vectoring and regenerative braking from all four wheels help smooth out cornering and stopping. The rest of the Nissan Note e-Power AWD’s powertrain is similar to the FWD variant and includes a 1.2-liter three-cylinder acting as the generator that charges the battery.

While we’re not likely to see the new Note in the U.S., the powertrain underneath could very much end up in a Nissan or Infiniti product. The latter announced a year ago that it plans to add the e-Power hybrid system to its vehicles. Unlike the Note’s tiny naturally-aspirated three-cylinder, the generator on Infiniti’s version will be a 1.5-liter VC-Turbo three-cylinder dubbed the MR15DDT. Don’t expect this layout to be an Infiniti brand exclusive, though. Nissan is likely to get the same hybrid system on its vehicles, especially its SUVs.