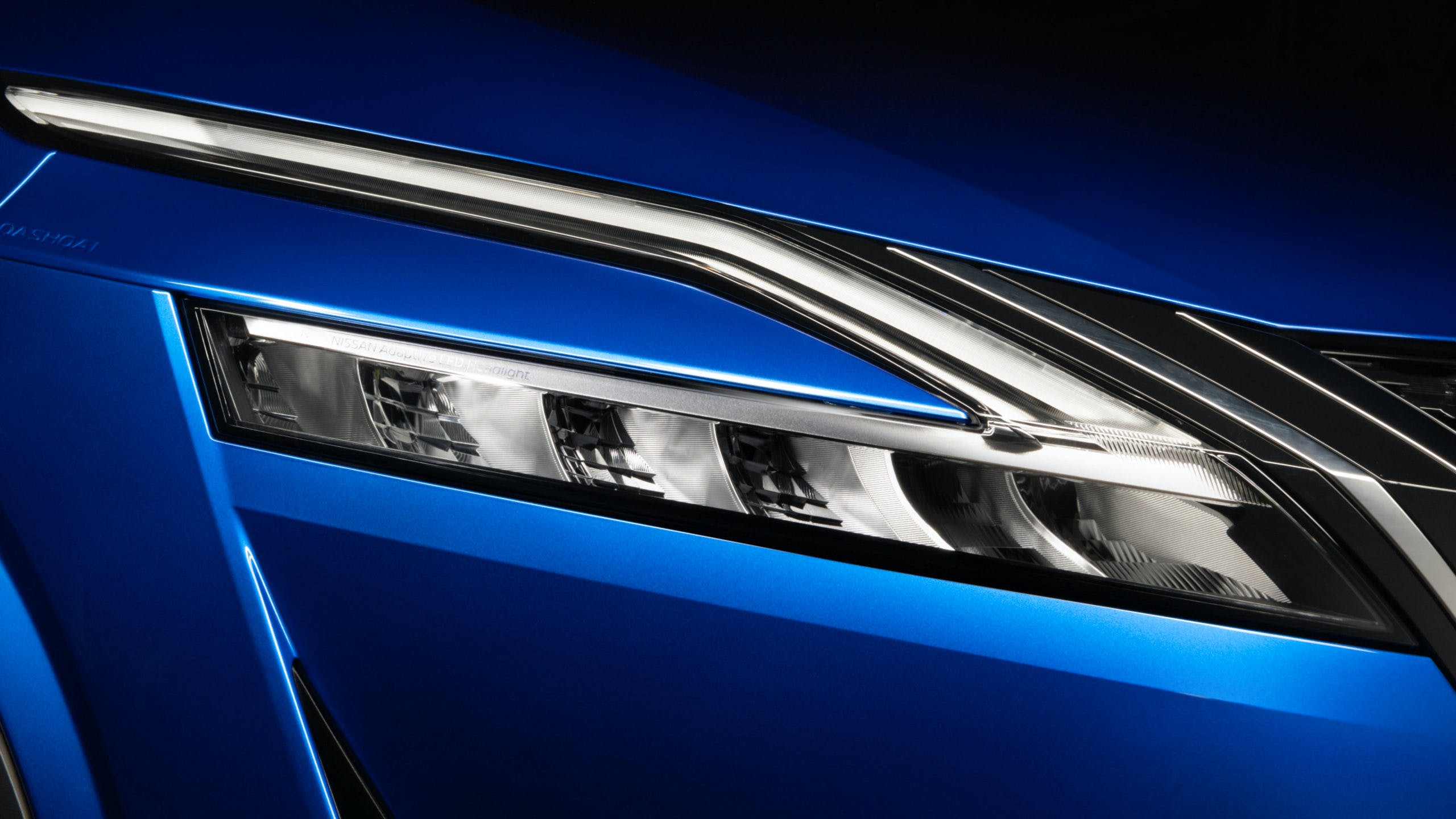 Nissan has dropped another teaser for the next Qashqai, which is debuting on February 18. We finally get a small glimpse of the crossover’s exterior, too. The sole photo Nissan provided is of the headlight, which looks similar to the one found on the latest Rogue. Slotting below the Rogue or X-Trail, as it is known in other markets, the Qashqai is smaller and more compact in size.

A supporting video shows us what other goods we can expect from the next Nissan Qashqai. In addition to featuring the same infotainment system as the new Rogue and a digital gauge cluster, the Qashqai will also get massaging front seats, at least in Europe. The glimpses we get of the interior shows that Nissan is adding diamond-quilted leather upholstery, which may be reserved for more expensive versions.

The biggest news for the Qashqai is the debut of a new version of Nissan’s e-Power hybrid system. This iteration utilizes a 155-hp 1.5-liter variable compression ratio turbo I3 as a generator powering a lithium-ion battery which in turn supports an electric motor with 187 hp and 243 lb-ft of torque. Since e-Power is a series hybrid setup, only the electric motor powers the vehicle. The Qashqai will be the first vehicle outside of Asia to get the e-Power system and will initially be available only in FWD configuration. Nissan’s e-Pedal system, which helps ease one-pedal driving, will also be added to the Qashqai, making it the first hybrid to get the feature.

There’s no word yet on whether the new Qashqai will return to the U.S. as the next Rogue Sport. The current car is available only with a 2.0-liter I4 but somehow isn’t as efficient as the larger Rogue. Should the latest Qashqai come back to the U.S. market, the e-Power hybrid system could give the vehicle a distinguishing factor. That would put it in competition with vehicles like the Subaru Crosstrek PHEV and the Kia Niro.