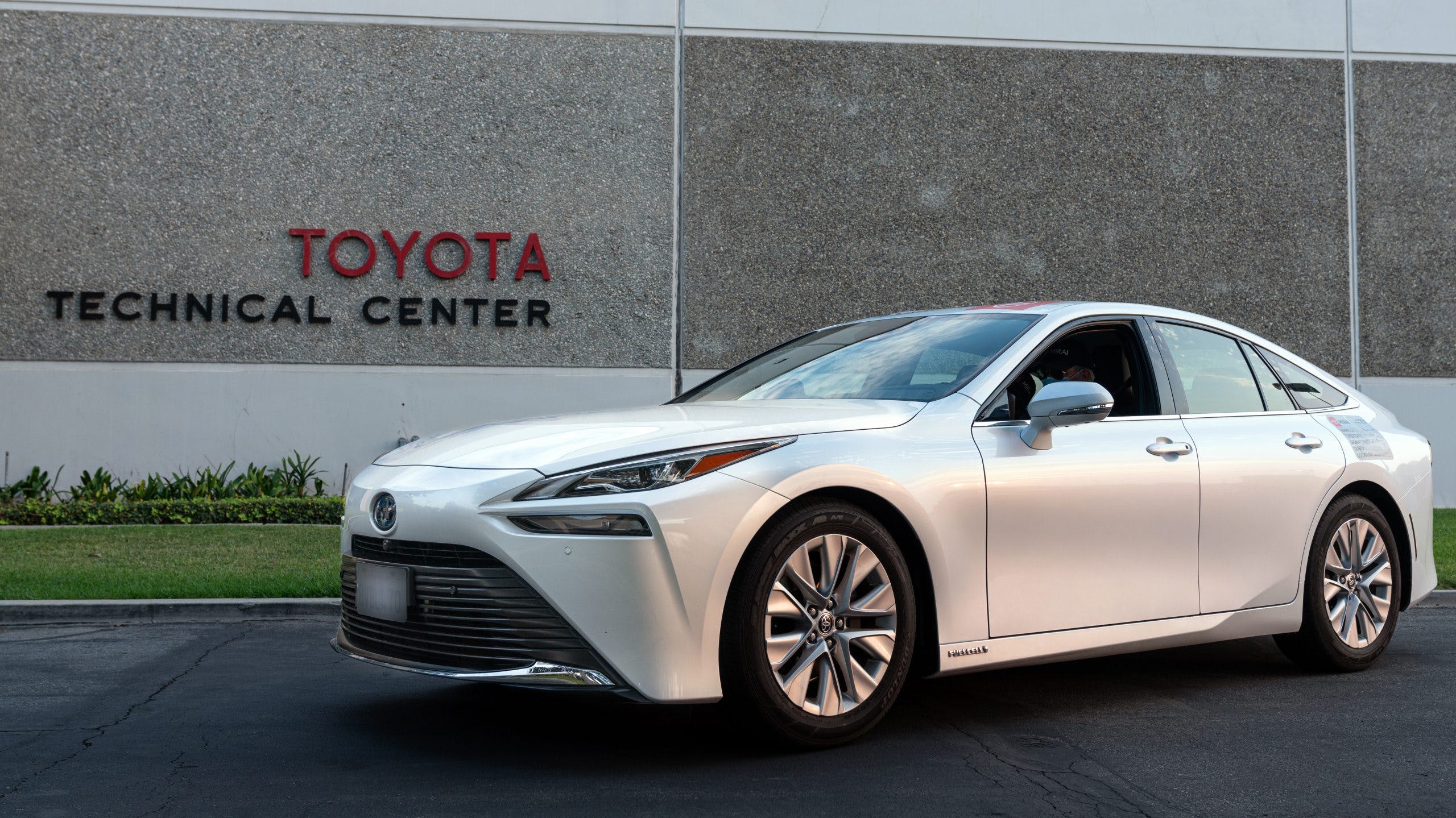 We know that the new Toyota Mirai can travel far on a single tank of hydrogen. The XLE trim is good for 402 miles per tank while the swankier Limited grade is rated for 357 miles. It turns out, you can double the distance traveled on a single tank if you try hard enough because the Mirai has just broken the Guinness World Record for longest distance traveled by a hydrogen fuel cell vehicle without refueling. One example just traveled 845 miles during a round trip tour of Southern California before stopping to refuel.

“In 2016 the Toyota Mirai was the first production fuel cell electric vehicle available for retail sale in North America, and now the next generation Mirai is setting distance records,” said Bob Carter, Executive Vice President at Toyota Motor North America. “We are proud to be leaders of this exciting technology, which is just one of a growing lineup of zero emission vehicles in our portfolio.”

Guinness World Records closely monitored the record attempt to make sure it adhered to its strict rules and documentation requirements. It did this by validating the Mirai’s fuel tank with a seal in the beginning and end of its journey, which occurred between August 23 and 24, 2021. The vehicle used was a Mirai XLE with Wayne Gerdes, professional hypermiler, behind the wheel. His co-driver is Bob Winger. Michael Empric from Guinness World Records served as the adjudicator.

The trip started at Toyota Technical Center (TTC) in Gardena, California, the home of Toyota’s fuel cell development group. The pair then traveled to San Ysidro before heading north to Santa Barbara via the Pacific Coast Highway, passing Santa Monica and Malibu. They then returned to TTC with 473 miles on the odometer that evening after two driver swaps on the first day. On the second day, the duo focused more on city driving, accumulating 372 miles as they pushed through traffic in San Diego, Orange County, and Los Angeles. In the end, the Mirai returned to TTC with 845 miles driven, which was verified by Empric. The Mirai consumed 5.65 kg of hydrogen and passed 12 fueling stations while emitting no emissions. It was driven mainly during rush hour with average temperatures ranging between 65 to 83 degrees.

Both drivers are experienced hypermilers who were able to optimize the Mirai’s performance and capabilities. They also used best driving practices like making sure your vehicle is maintained properly, ensuring the tire pressure is correct, avoiding quick acceleration, minimizing the use of electrical and mechanical accessories, and ensuring proper wheel alignment. The Mirai also has special features to help improve your efficiency, including learning your frequently traveled routes and an Eco mode that optimizes the climate control’s operation.

Powering the Mirai is an electric motor and a lithium-ion battery backed by the latest iteration of Toyota’s hydrogen fuel cell stack. The combined output is 182 hp and 221 lb-ft of torque. Unlike the previous generation, the new Mirai uses Toyota’s TNGA-L platform shared with the Lexus LS and LC, meaning it’s RWD. It is one of two hydrogen fuel cell vehicles available in the state of California, the other is the Hyundai Nexo crossover. Fuel cell vehicles are part of Toyota’s multi-pronged approach to electrifying vehicles, which also includes hybrids, plug-in hybrids, and battery-electric models. It’s first battery-electric vehicle, the production version of the bZ4X Concept revealed earlier this year, is expected to debut before the end of 2021.