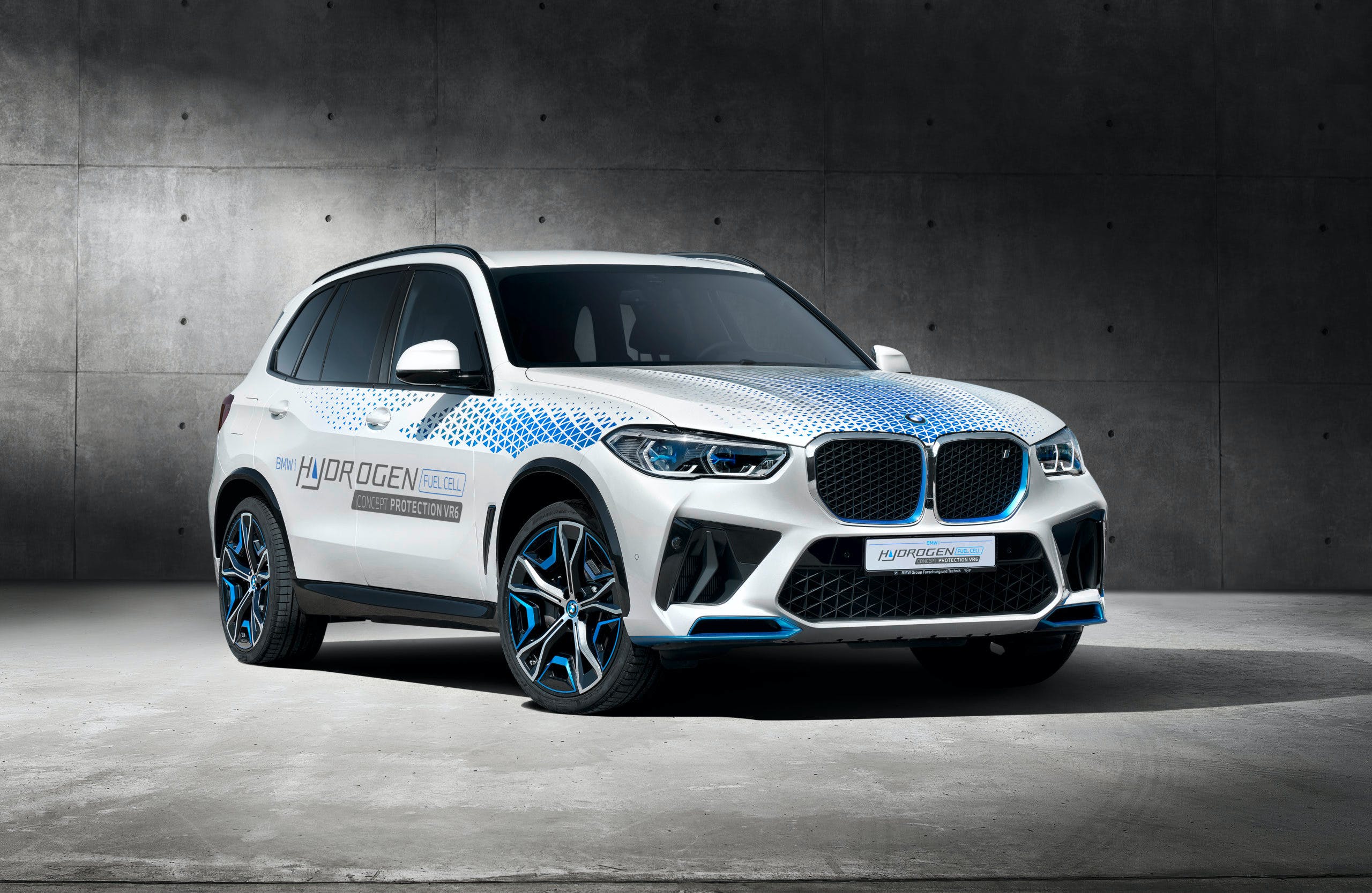 Armored BMW X5s are a common sight. They’re a staple for transporting VIPs, and heads of state across the globe so it’s no surprise that BMW decided to create a Concept iX5 Hydrogen with the same level of protection. This makes the fuel cell-powered prototype the first of its kind. Not only is the iX5 Hydrogen Protection VR6 sustainable, but it’s also bulletproof. The car is also finished in a discreet color so that it flies under the radar.

To keep occupants safe, the BMW Concept iX5 Hydrogen’s molded parts are made of high-strength steel and the glass is 30 mm thick. The doors, body, and gaps are sealed as tightly as possible while the cargo area has an armored partition. As a result, the car can withstand getting shot at by an AK-47 and will even keep splinters from grenade attacks out. The armored passenger compartment can withstand lateral blasts of up to 15 kg or 33 pounds of TNT from distances of 4 meters or 13 feet. It also has post-blast protection technology for the glass to keep occupants safe from secondary attacks. Even after a blast, the windows will remain in their original position so that there aren’t any gaps between the glass and body.

To protect the hydrogen fuel cell powertrain from grenade attacks, it has a specially built underbody. This component was specifically built to protect the hydrogen fuel tanks and their valve systems via lightweight nonmagnetic parts that maximize ground clearance. Armoring the iX5 Hydrogen was specifically done with layering structures to guarantee maximum blast protection while retaining high bending rigidity.

A blast impact test was conducted under the supervision of the German government’s test center. The focus was to see the effects of firearms and the deformation of the underbody protection and compare it with the results from the previous tests. Computer tomography was used extensively to examine the tanks and underbody plates for cracks, hidden breaks, delamination, and splinters that may have penetrated the armor. The hydrogen tanks were also put through burst and leakage tests. After the second impact blast, the iX5 Hydrogen Protection VR6 got certified by government officials for its ability to protect its occupants.

The BMW Concept iX5 Hydrogen is part of the brand’s electrification offensive. It features a 125-kW fuel cell stack backed by a buffer battery and a 374-hp electric motor. That puts the car’s power at the same level as BMW’s 40i models, all of which use a turbocharged 3.0-liter I-6. Hydrogen is stored in two 700-bar carbon fiber reinforced plastic tanks that can hold up to six kilos.

BMW is currently in the process of fine-tuning the operation and driving functions of its fuel cell vehicles to retain the brand’s trademark driving dynamics. The addition of hydrogen fuel cell powertrains is the result of BMW’s partnership with Toyota. BMW designs the fuel cell stack and drive system on the iX5 Hydrogen but Toyota supplies the individual cells.

A small production run of the BMW Concept iX5 Hydrogen is planned for 2022 but most of those units will likely head straight to Europe where the infrastructure for FCVs is more developed. Some examples could end up in the U.S. but like the Hyundai Nexo and Toyota Mirai, they will likely be available only in California.