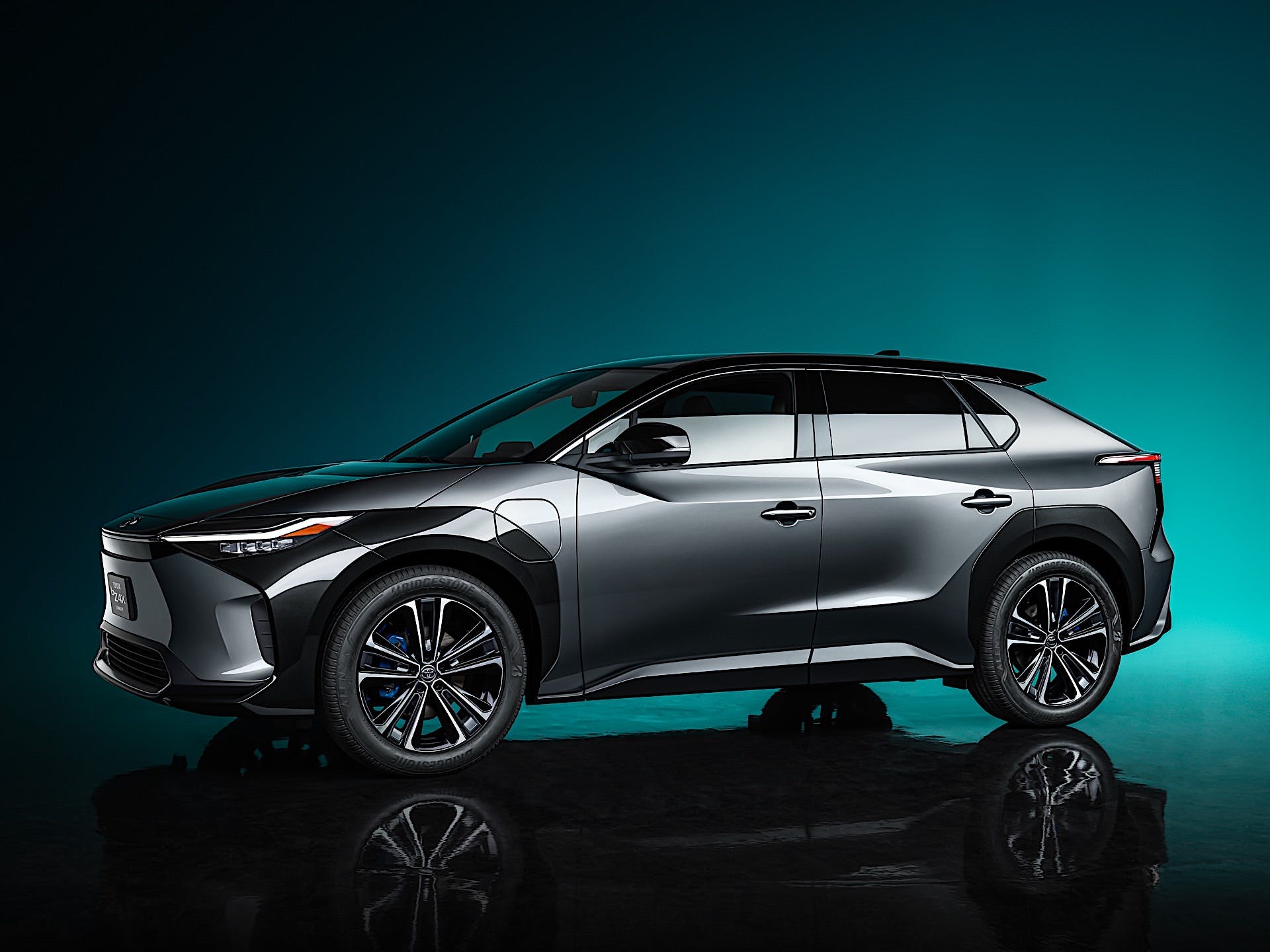 Toyota has revealed the bZ4X Concept and it looks like it’s closer to production than the name suggests. This is the first of 70 electrified models that the Japanese brand plans to release by 2025 with 15 of them being all-electric. It will be the first of seven models under the bZ brand umbrella, which stands for beyond zero. In addition to its cars and crossovers, Toyota confirmed that it will electrify its truck lineup.

Developed in collaboration with Subaru, the Toyota bZ4X is built on the e-TNGA platform, which is specifically for battery-electric vehicles. It features a new AWD system that promises an engaging driving experience and improved capability. A long wheelbase and short overhangs maximize interior space.

If you look closely, much of the bZ4X’s design is reminiscent of the Toyota RAV4, only this time it’s applied to an all-electric model. That means there’s no grille to maximize efficiency. The low roofline and raked rear window give the car a low-slung appearance and may have been done to optimize aerodynamics.

Once you take a peek inside, it’s clear that this “concept” is very close to production. The center stack has the same 12.3-inch touch screen found in several Toyota products including the Mirai, Highlander, and Venza. Physical controls have been retained and the shifter is of the rotary variety. A small digital gauge cluster is mounted in front of the new steering wheel featuring cool spokes. There’s also a cubby under the center console similar to the one in the Sienna.

Toyota’s first battery-electric vehicle may have “concept” in its name but it’s clear from the design and interior that this is the real deal. Battery size and the number of electric motors hasn’t been revealed yet but we’re expecting this to offer a dual-motor version since AWD is available and the crossover has been codeveloped with Subaru.

The production version of the bZ4X will be built in Japan and China with worldwide sales expected to start in mid-2022. Details on U.S.-spec cars will be released at a later date.