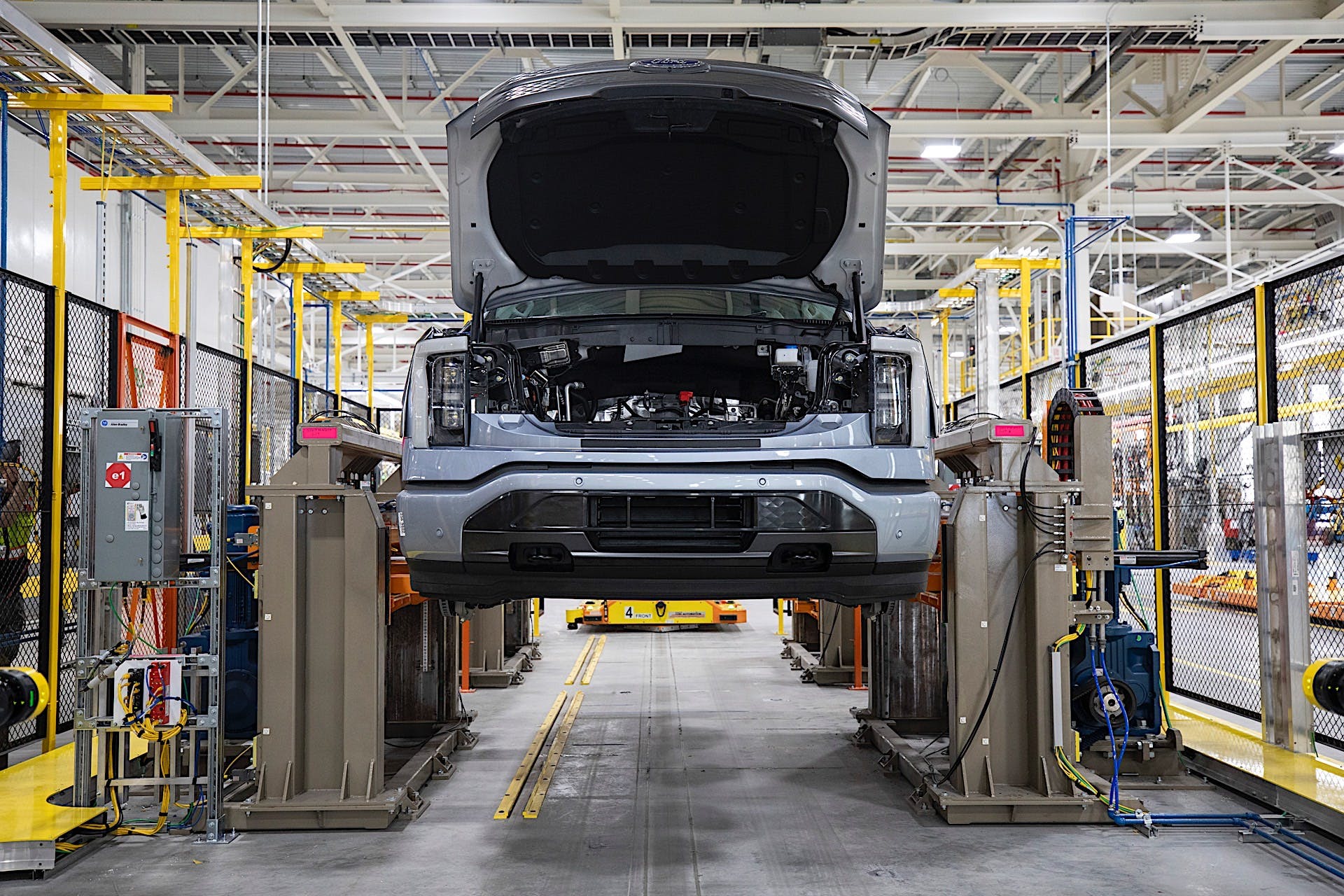 The first Ford F-150 Lightning prototype has rolled out of the Rouge Electric Vehicle Center in Michigan as demand for the battery-electric truck continues to soar. To boost production, the Blue Oval has announced that it will invest another $250 million, resulting in the addition of 450 new jobs. They will be split between the Rouge Electric Vehicle Center, Van Dyke Electric Powertrain Center, and Rawsonville Components Plant to increase production capacity to 80,000 trucks per year.

“We knew the F-150 Lightning was special, but the interest from the public has surpassed our highest expectations and changed the conversation around electric vehicles. So, we are doubling down, adding jobs and investment to increase production,” said Bill Ford, executive chair, Ford Motor Company. “This truck and the Ford-UAW workers who are assembling it in Michigan have a chance to make history and lead the electric vehicle movement in America.”

The F-150 Lightning will be available with either a standard range or extended range battery pack. With the former, the truck will be able to travel up to 230 miles per charge while the latter increases that to around 300 miles on most versions. Both will get a dual-motor setup and 775 lb-ft of torque. Standard range models will be rated for 426 hp while the extended range variants are good for 563 hp. Since announcing the truck earlier this year, Ford has received 150,000 reservations for the F-150 Lightning. Offered in retail and commercial variants, pricing starts at around $40,000 for the base Lightning Pro.

“Electrifying the F-Series — America’s bestselling truck for 44 years — and assembling it at this high-tech facility in Michigan — represents a significant step toward mass adoption of electric vehicles in America,” said Kumar Galhotra, Ford’s president of The Americas and International Markets Group. “F-150 Lightning is intended to be more than a no-compromise zero tailpipe-emissions truck. It’s packed with ingenious features and technology that will improve over time, it’s exhilarating to drive and it can power your home and worksite.”

Ford initially confirmed the construction of the Rouge Electric Vehicle Center, which is part of the historic Ford Rouge Center, last year. It was part of an initial $700 million investment in the facility to make it the home for F-150 Lightning production. Preproduction trucks are now leaving the facility to undergo real-world testing ahead of its on-sale date in the spring of 2022. The jobs added at the three plants will contribute to increasing the production of the F-150 Lightning with all of them upping capacity to supply the electric motors, transaxles, and other components for the truck.

This latest investment builds on Ford’s larger $7.7 billion commitment to the state of Michigan since 2016, which has helped retain 7,000 jobs. The development of Ford’s new research and engineering campus in Dearborn and Ion Park in Romulus is also included in that figure to support its electrification push. Ford’s Rogue Center aims to set the bench mark for sustainable manufacturing in the automotive industry. It will support the brand’s vision as a zero-waste-to-landfill site. The facility itself was built on the location of the old Dearborn Assembly Plant using its recycled foundations and construction materials. It employs natural lighting and LED lighting across the facility while the primary forklift fleet is powered by hydrogen fuel cells.