2022 Ford F-150 Lightning in the metal: Imposing with its character 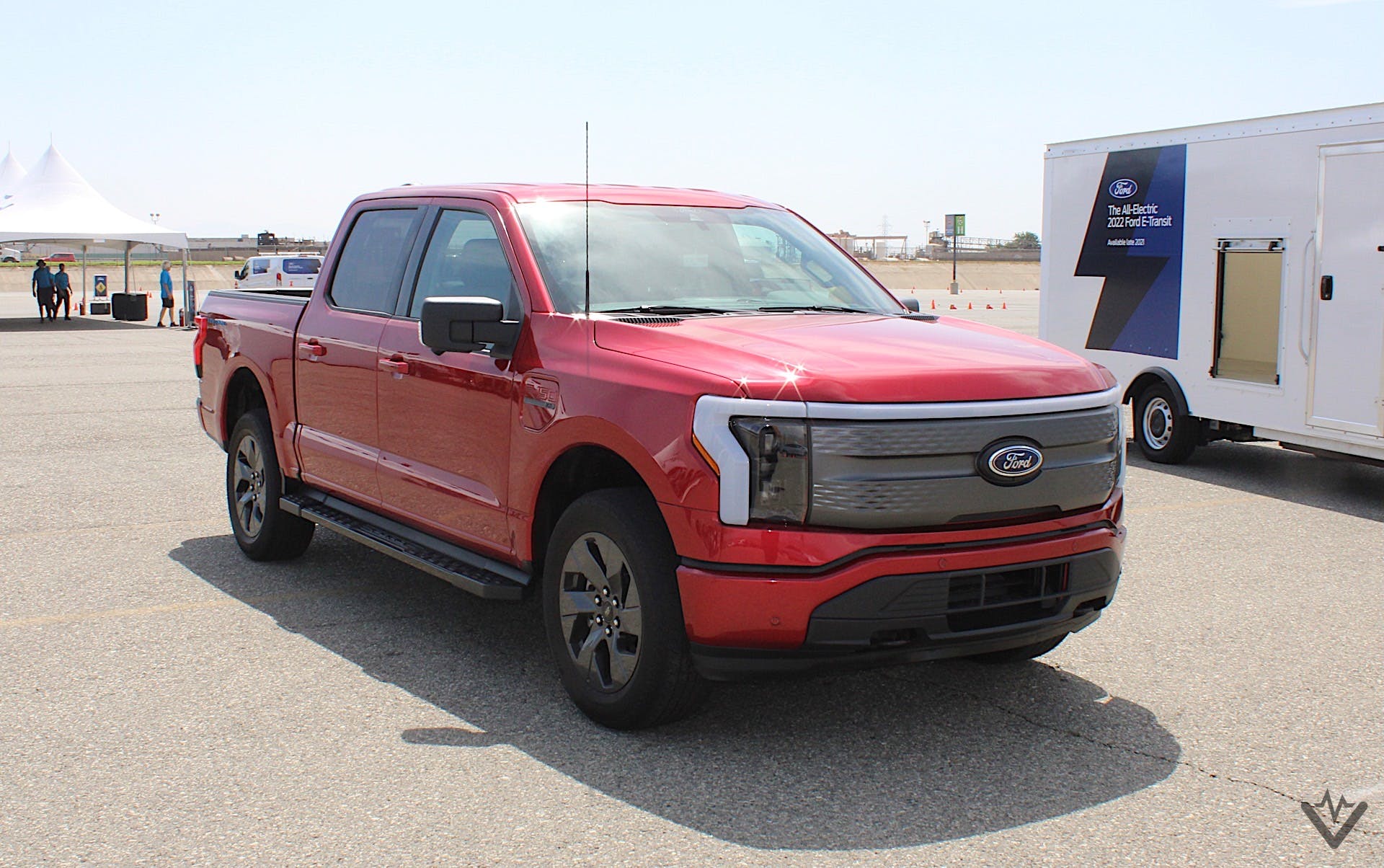 The 2022 Ford F-150 Lightning is the new hotness in the truck segment, the first all-electric pickup. Think of this as the industry mic drop that will change things quickly. If your truck lineup doesn’t offer any electrified options, you’re not in the conversation anymore. You get two of them in the F-150 lineup, the excellent PowerBoost hybrid, and this upcoming all-electric Lightning. We recently got to see the latter in the metal for the first time and we think this rig has game-changing potential.

Offered in consumer or commercial variants, the 2022 Ford F-150 Lightning features two electric motors and your choice of either a standard or extended range battery. Both versions have 775 lb-ft of torque and 4WD standard but the former is rated for 426 hp and 230 miles of range on a single charge. The latter gets a power bump to 563 hp while its range increases to 300 miles. This is also the first F-150 to get a fully independent suspension, which should help improve overall ride and handling.

We got a chance to see a cutout of the F-150 Lightning’s body-on-frame chassis and found that Ford did some clever engineering to accommodate the all-electric powertrain. The battery has been positioned as low as possible within the chassis while the two electric motors are mounted on each axle. As a result, the interior and bed remain unobstructed, maximizing the amount of usable space. This also lowers the truck’s center of gravity, which should keep it from feeling top-heavy.

The F-150 Lightning’s appeal lies in how approachable it is. Except for its enclosed grille, it looks just like every other F-150. That adds a sense of familiarity even with its unique design cues like the three-dimensional taillight clusters and the headlights connected by a full-width LED strip. In higher trims of the consumer version, the taillights get connected by a thick LED strip, mirroring the front end. You’ll be able to distinguish the consumer model from the commercial variant dubbed the Lightning Pro. The latter doesn’t get the full LED strips connecting the main headlight and taillight clusters, and you get gloss black enclosed grille.

Stepping inside, things get even more familiar. The interior looks exactly like in other F-150 models, which is not a bad thing. You get all the neat features like the folding center table integrated onto the center armrest and shifter plus massive storage areas for your equipment. Standard models get a 12.0-inch touch screen and Ford’s SYNC 4 interface. You can also opt for the SYNC 4A with a larger 15.5-inch shared with the Mustang Mach-E. Since there isn’t an engine under the hood, you get a huge front trunk (frunk) instead, adding to its practicality.

We were able to explore the Lightning Pro, a consumer XLT, and a Lariat. Immediately, we noted that higher trims get super swanky, allowing you to configure an F-150 Lightning and turn it into an electric premium truck. If the Platinum-trim F-150 PowerBoost we recently tested was any indication, the Lightning’s interior can easily rival that of luxury cars. The XLT trim looks more utilitarian but not stripped out. Even with its vinyl interior, the F-150 Lightning Pro doesn’t exude the feel of a commercial or work truck, mirroring its less utilitarian counterpart. Both blend the practicality of a pickup with the latest technologies, giving it a techie yet familiar aura.

Our initial impression of the 2022 Ford F-150 Lightning is a good one. Although it’s only available as a crew cab with a 5.5-foot bed, the truck appears to be quite practical because of all the space the electric powertrain opens up. The Lightning’s game-changing nature goes beyond its propulsion because of its ability to power equipment, appliances, and homes. An electrified truck goes beyond eco-friendliness and performance. It’s proof that it can do more than just carry people or equipment, further showing that the Lightning is about to turn the full-size segment over its head.