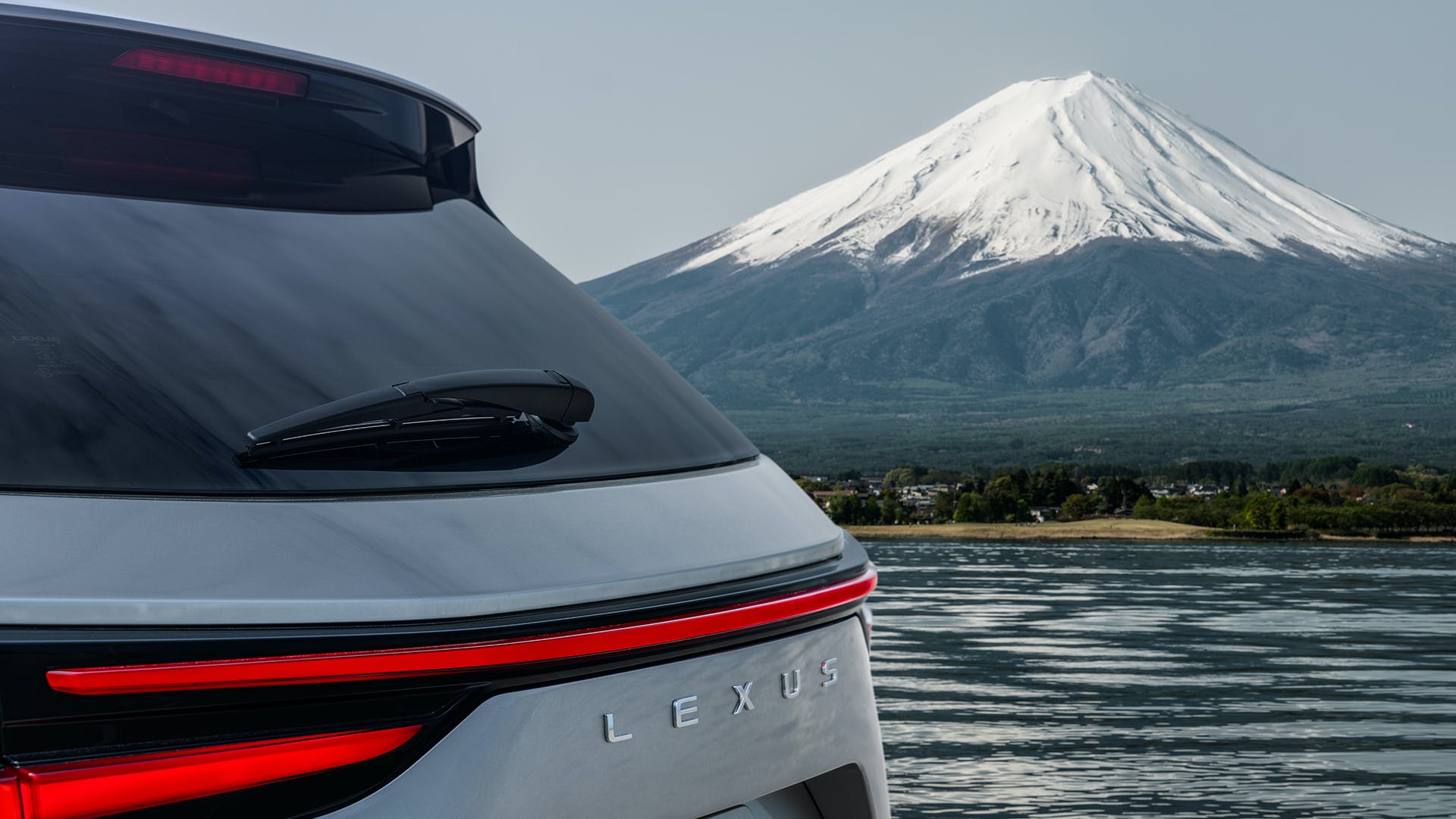 The 2022 Lexus NX has been teased ahead of its official debut on June 11. In addition to what appears to be a scenic view of Mt. Fuji in Japan, we get a glimpse of the crossover’s rear end. Two things stand out immediately; instead of a conventional logo, we get Lexus spelled out in the back and there’s a full-width LED taillight cluster. Its rear window appears to be more upright, too, which should help visibility and improve interior volume.

When it debuts, the 2022 Lexus NX will be the latest vehicle to use Toyota’s TNGA-K platform, which is shared with the ES sedan and several Toyota models. It will also mark the arrival of Lexus’ first plug-in hybrid model, the NX 450h+, which will reportedly share the RAV4 Prime’s 302-hp powertrain. A standard hybrid should also return while AWD is expected to be standard on both electrified variants.

In terms of size, the 2022 NX should remain similar to the outgoing car. That puts it against segment stalwarts like the BMW X3, Audi Q5, and Acura RDX. Expect new tech features to finally make their way to the NX with the touch pad controls finally going away in favor of traditional knobs and buttons plus a touch screen.