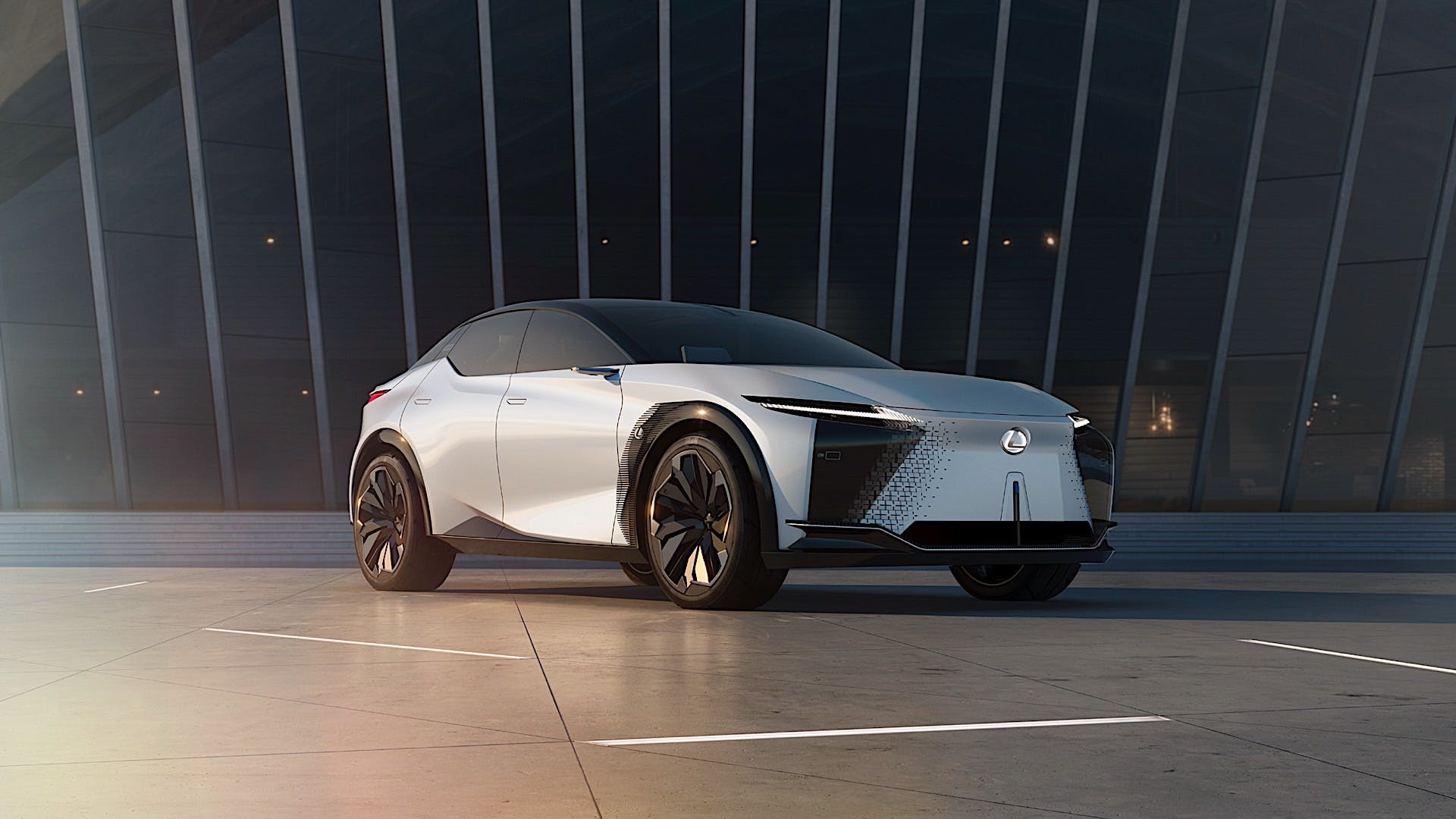 The Lexus LF-Z Electrified Concept has arrived to give us a glimpse of the brand’s future design direction. This next evolution takes into account the fact that certain Lexus models will be pure battery-electric vehicles.

Take the front fascia, which is instantly recognizable thanks to its thin headlight clusters and spindle grille. However, the latter isn’t fully open and has a unique pattern. In the rear, you get a single full-width LED taillight strip and Lexus spelled out across instead of just the logo. The low-slung roofline, on the other hand, should allow the car to easily slip through the air.

Inside, the Lexus LF-Z Electrified Concept sports a minimalistic interior complete with a yoke for a steering wheel. The requisite dual-display layout is there too while the whole dash is positioned low. Gauges are all projected on the windshield in augmented reality. Most of the driver assistance functions are housed in controls mounted on the steering wheel. Artificial intelligence is used to learn the driver’s behavior, route preferences, and provide improved voice commands. A smartphone-based digital key feature allows you to share access to the vehicle with other family members.

As with most EVs, the Lexus LF-Z Concept features a panoramic glass roof to make the cabin feel open. In addition to dimming, the glass roof has a panel that passengers can use for communication. A new Mark Levinson audio system can reproduce a concert hall-like listening experience, according to Lexus, thanks to active sound cancellation and next-generation sound management capability.

DIRECT4, Lexus’ new drive control system that precisely controls power delivery between the four wheels, is equipped in the LF-Z Electrified Concept. The feature is applicable for hybrids and EVs. In the latter, the system controls the braking force and torque distribution, allowing the car to adapt to what the driver is doing. Hybrids, on the other hand, become a direct drive setup, eliminating the need for a conventional transmission. The 90-kWh lithium-ion battery is mounted longitudinally under the floor for added rigidity, a low center of gravity, and better NVH.

The Lexus LF-Z Electrified Concept highlights the brand’s transition to electrified powertrains. It should refine what Lexus calls the “Lexus Driving Signature,” which it says wants cars to offer a linear response when accelerating, slowing down, and braking. This concept solidifies the brand’s commitment to electrification because most of the technologies it comes with are bound for production vehicles. Expect Lexus’ future lineup to prominently feature electrification.