What we know about the 2023 Toyota Tacoma and its electrification 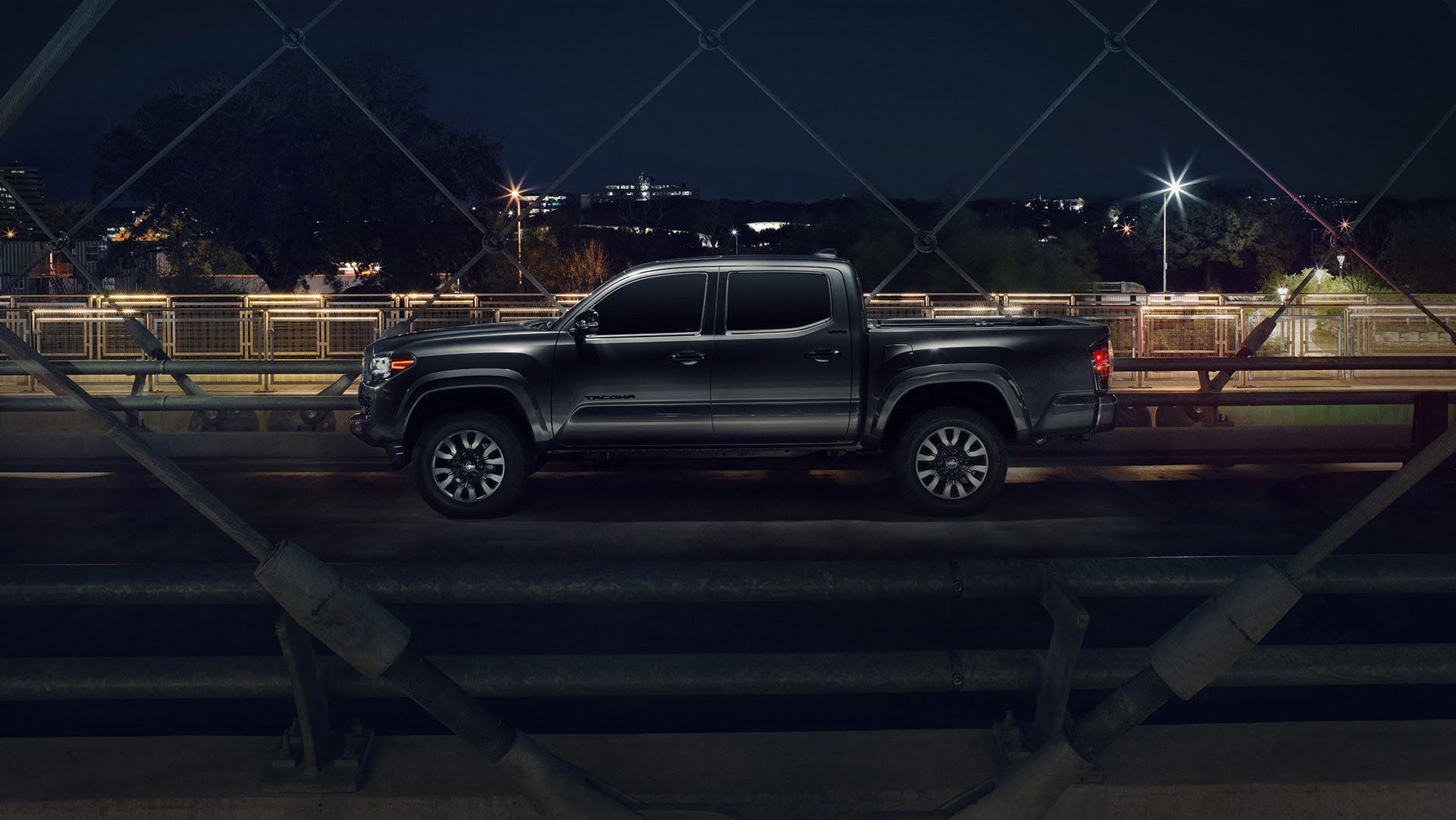 You’d think that every truck segment would belong to the Detroit Three automakers but one glance at mid-size pickup sales and you’ll immediately realize that Toyota owns that. For 2020, Toyota has sold 58,920 Tacomas to date, which is more than double the second-place Ford Ranger, which moved 28,350 examples. This rig is one of the most important vehicles in Toyota’s lineup because of its position as a segment sales leader.

The existing Toyota Tacoma is starting to show its age despite getting a refresh for the 2020 model year. An all-new truck is expected to arrive as a 2023 model and we’re expecting a lot of major changes, especially in the powertrain department where things are reportedly going the electrified route.

Toyota is preparing a new platform specifically for body-on-frame models like the Tacoma. Dubbed TNGA-F, the first vehicles to launch on this architecture will be the larger trucks and SUVs like the Tundra and Lexus LX. The Tacoma will swap to this platform after its full-size counterparts. Expect it to get a shorter wheelbase version of TNGA-F which will likely be shared with the Hilux and 4Runner. The same three cab styles and two bed lengths should return for the next-generation.

We’re expecting Toyota to play to their strengths when it comes to the Tacoma’s powertrain. The same 3.5-liter V6 will likely get paired to a 10-speed automatic in its most basic form. However, it will likely form the basis for a hybrid system similar to the one found in the Lexus LC and LS. That system puts out 354 hp combined. For use in a truck, the 10-speed automatic would take the place of the four-speed auto and CVT combo found in the two Lexus models. Like in the Tundra, Toyota will likely use compact but powerful batteries to preserve towing and payload capabilities while still providing superior fuel economy and plenty of power.

THE FUTURE: What we know about the 2022 Tundra

Another potential hybrid powertrain that could end up in the next Tacoma would be the same 2.5-liter I4-based unit found in multiple Toyota and Lexus models. In other markets, that system is applied to RWD cars like the IS and RC, which opens the possibility of it being used in a mid-size pickup. In standard form, this powertrain makes between 208 hp to 245 hp depending on the vehicle it’s in. In the plug-in RAV4 Prime, which features a larger lithium-ion battery and more powerful electric motors, this unit makes 302 hp.

Should it end up in the Tacoma, we’d expect it to swap the planetary gear set for a 10-speed automatic and get the stronger electric motors. The downside would be towing and payload because this could limit the Tacoma’s ability to pull and haul stuff.

There’s no question that Toyota will continue making TRD variants of the Tacoma. As the most sought-after off-road trucks today. Expect multiple grades to choose including TRD Sport, TRD Off-Road, and TRD Pro. The latter should be the most capable thanks to a completely retuned suspension with revised shocks, higher ground clearance, all-terrain tires, and skid plates. Don’t expect many powertrain updates, though. Toyota doesn’t usually touch the engine when transforming its trucks and SUVs from the standard model to a TRD one. Toyota’s CRAWL Control feature, which allows you to tailor the truck based on the terrain you’re driving on, should make a return on the TRD models.

The last time Toyota refreshed the Tacoma, it finally gave it a full suite of driver assistance features and a bunch of new convenience features. Expect the next truck to expand on the current ones with the latest suite, which should add extras lane centering and steering assist.

On the multimedia front, Toyota’s newest infotainment system should find its way into the next-generation Tacoma. An 8.0-inch touch screen with Apple CarPlay and Android Auto should be standard while a larger 12.3-inch unit will likely be available

Toyota isn’t likely to mess with the Tacoma formula very much. In its current iteration, it’s proven popular with all types of consumers and we expect the next generation to merely build on that. The biggest change, should Toyota play to its strengths, is to add a hybrid powertrain and there are two good options within the automaker’s parts bin. The rest of the truck should be an evolutionary step forward even with the new platform, improved tech features, and better performance over the existing truck. As before, Toyota will prioritize its reputation for reliability, which will likely limit the extensiveness of the overhaul.