What we know about the 2022 Toyota Tundra and its electrification 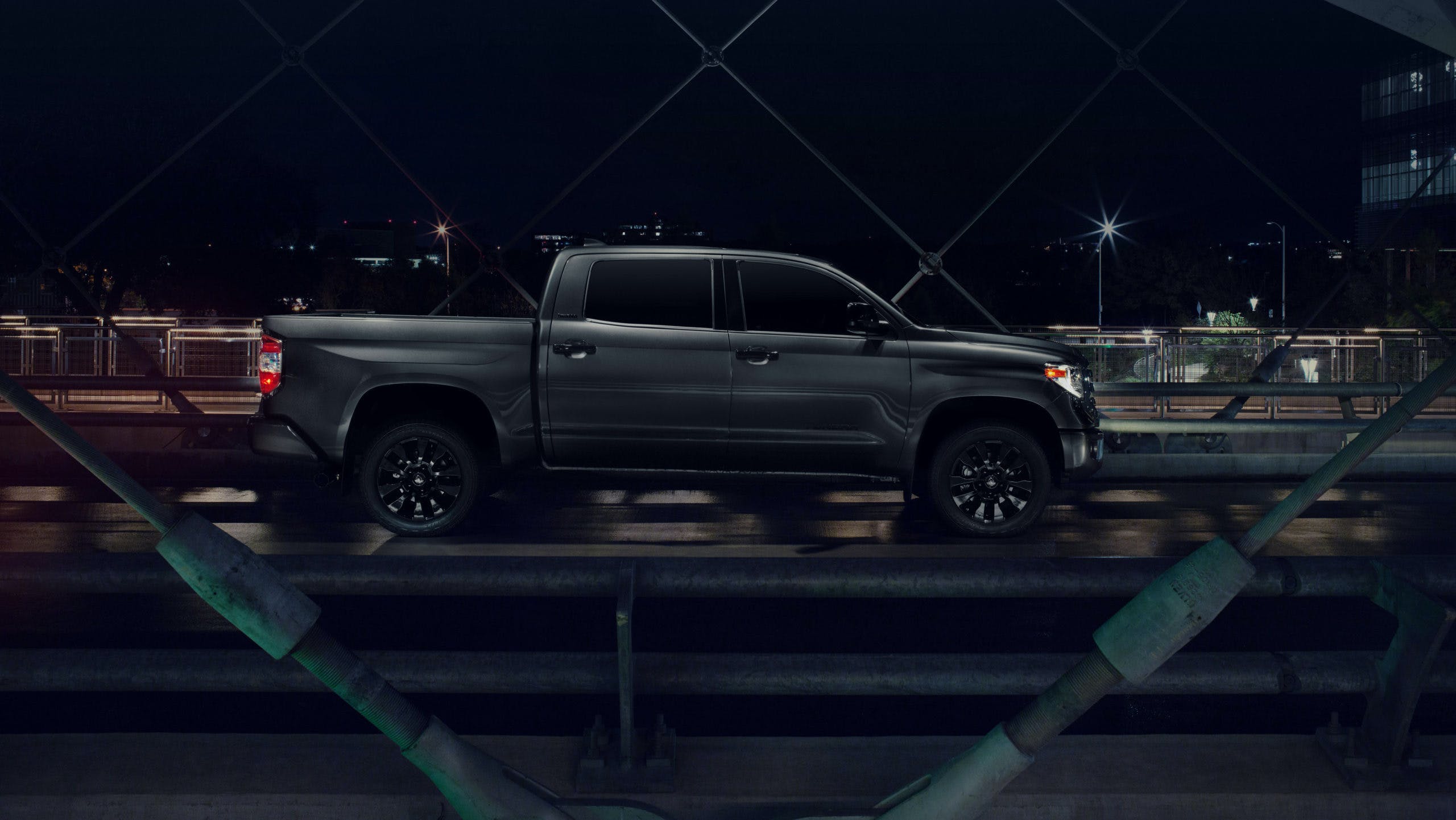 How much will the new Tundra differentiate itself from the current? Photo credit: Toyota

The current generation Toyota Tundra has been around since 2007. At nearly 14 years old, this rig is now one of the oldest full-size trucks. As competitors undergo one redesign after another, the Tundra has only seen minor refreshes.

Even with the addition of an updated infotainment system, driver assistance technologies, and a new face, the Tundra can’t hide its aging bones. As the 2020s start, development of the next Tundra is well underway and Toyota is poised to reenter the full-size truck fray.

With the debut of the next-generation Toyota Tundra still unknown, here’s what we know so far based on the information we’ve gathered.

Toyota’s current crop of trucks and body-on-frame SUVs will move to the new TNGA-F architecture, a platform specifically for these types of vehicles. The Tundra will be one of them, and likely the largest alongside SUVs like the Land Cruiser and Lexus LX.

As before, the Tundra should remain a body-on-frame vehicle to maximize payload and towing performance. Multiple beds and cab configurations should remain to expand the Tundra’s appeal.

Word around is that the TNGA-F platform can’t accommodate V-8 engines, which means the Tundra will get a downsized powertrain. The most likely suspect is the twin-turbocharged 3.5-liter V-6 found in the Lexus LS.

However, we don’t think it’ll just be a gasoline-powered mill under the hood. Knowing Toyota, this Tundra will be electrified. The LS’ V-6 and 10-speed automatic transmission could form the basis of a new hybrid powertrain for body-on-frame applications. In its current state of tune, that engine already produces 416 hp and 443 lb-ft of torque. The electrified version, which will likely be the only option for the Tundra, could make more power and torque to allow the truck to tow and haul more payload. Powerful yet compact batteries could be used to keep weight in check and minimize the hit to payload and towing.

Tech is where the Toyota Tundra could see the biggest changes, especially on the active safety front. Toyota Safety Sense 2.5+ suite of driver assistance should come standard on all versions of the Tundra. Expect towing aids and a surround-view camera system to get added to the Tundra to help it compete better with rivals from Detroit.

On the multimedia front, Toyota’s latest Entune system will most likely end up in the Tundra in two flavors. The base version should get an 8.0-inch touch screen while higher trims will likely receive the huge 12.3-inch display found on the Highlander and Venza. A head-up display measuring around 10.8 inches like the one in the Camry and Avalon should also be offered.

Toyota’s next-generation full-size truck appears to be taking a different approach compared to its rivals from Detroit. Instead of offering conventional powertrains, Toyota will play to its strengths by offering a hybrid system as the only potential option. TRD variants are expected, too, but keep your expectations in check because they’ll likely be just like the current trucks, focusing mainly on cosmetic and suspension upgrades. More power would be great but an electrified twin-turbo V-6 should be more than enough for use in a full-size truck.

The upcoming Toyota Tundra will likely not take the Detroit three head-on. Considering how small of a player Toyota is in the full-size truck segment, expect the Tundra to be aimed at a wider range of buyers rather than just truck owners and companies that buy pickups for their fleets. However, it’s doubtful they intend to turn the Tundra into a high-volume model by adding a hybrid powertrain and packing it with the latest tech.