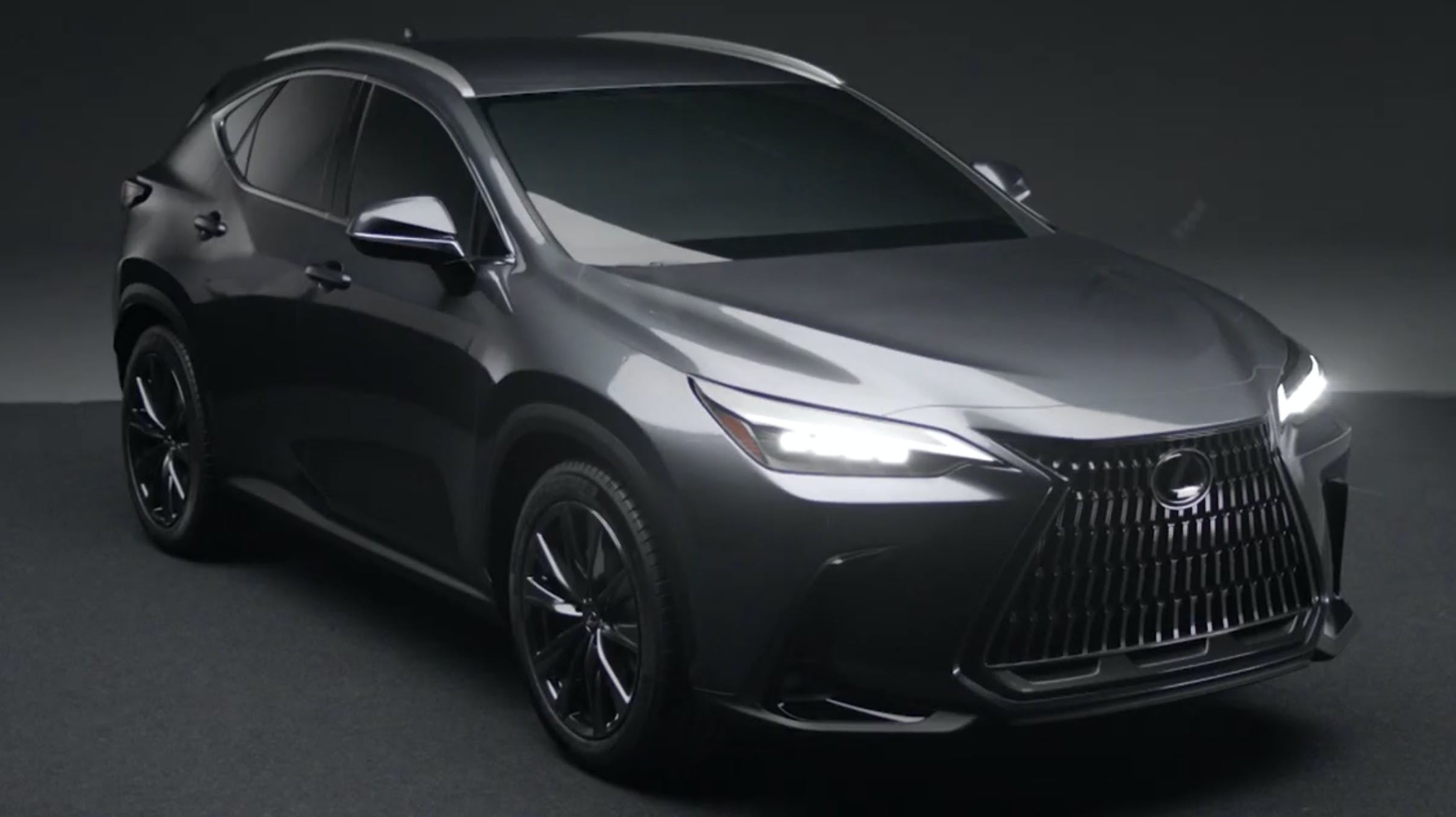 Editor’s Note: The original video, not surprisingly, has been pulled. But not before people took screenshots.

Well, this is a surprise! We weren’t supposed to see the 2022 Lexus NX until later this year but thanks to a video suddenly popping up unannounced on a Reddit post, we get to see the car in all of its glory.

Immediately you’ll notice that the NX’s exterior is essentially an evolution of the existing crossover. A refinement if you will. What you get is a sleeker-looking compact crossover that’s less polarizing but still retains enough aggression to stand out from the crowd. The crossover also appears to be longer and its lines seem softer than the current car.

Inside, the NX’s interior is similar to most new Lexus models with one exception: the touch pad controls have been removed! Now, you get a conventional layout with a digital gauge cluster and a touch screen that looks like it’s around 12- to 14 inches in size. Certain physical controls have also been moved into the display to create a clean minimalist look.

As for the powertrains, it appears that our predictions were correct. There will be two hybrid powertrains available for the 2022 NX including the first plug-in for the Lexus brand. The NX 350h will likely use the same 2.5-liter-based system found in many Toyota and Lexus products but likely tuned similar to the Highlander and Sienna. At the top end will be the NX 450h+, which appears to have snagged the RAV4’s Prime’s 302-hp unit.

Look for the 2022 Lexus NX to debut later this year. It’ll be the latest vehicle to move into Toyota’s TNGA-K architecture and will be the second Lexus model to do so alongside the ES sedan. Expect both hybrid variants to offer AWD as an option.