We drive the Nissan Sakura in Los Angeles (Virtually) 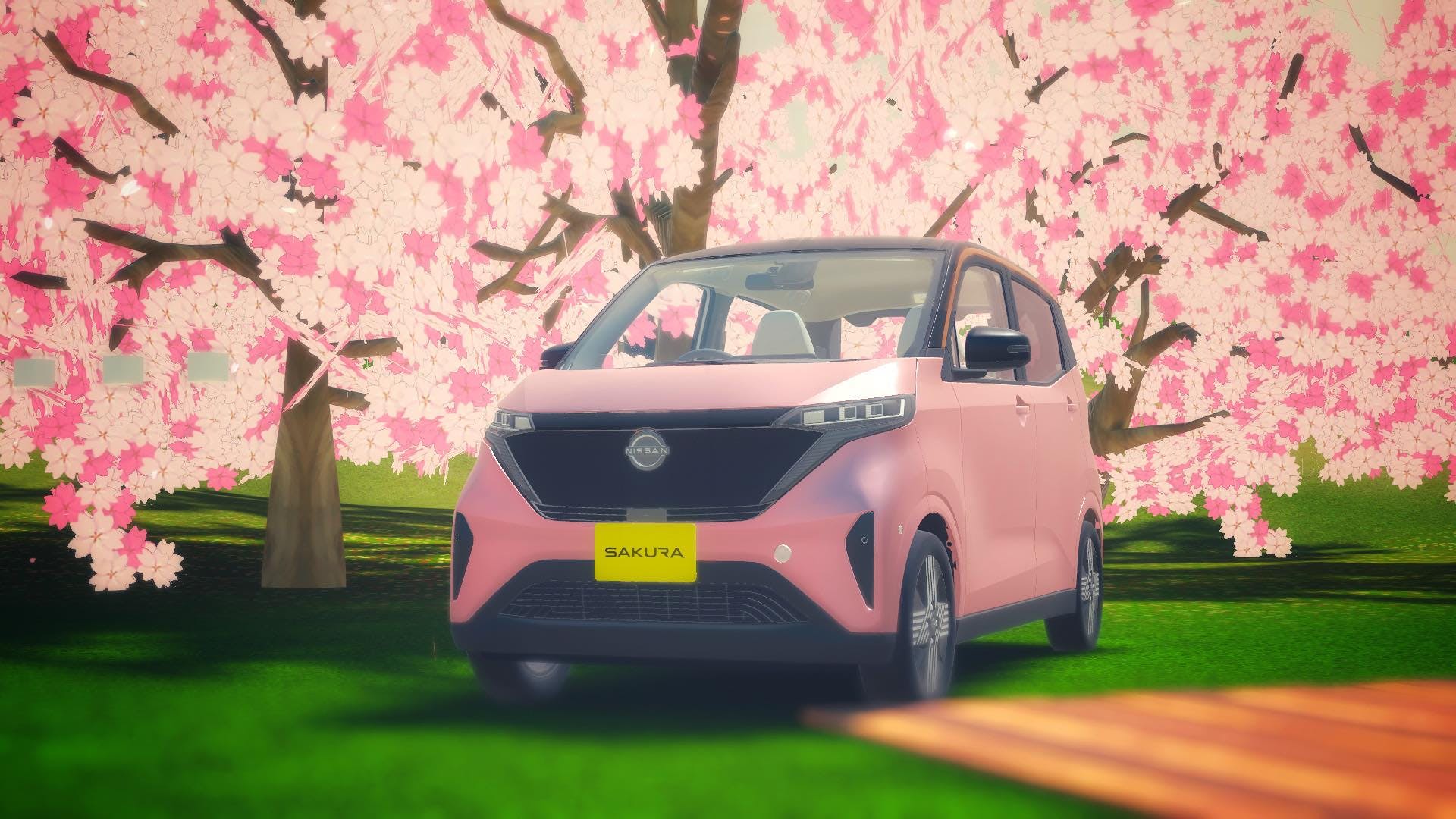 In North America we tend to lust over vehicles we can’t buy on our shores. These forbidden fruits are either cars developed specifically for a certain market or ones never sold here for any number of various reasons. The closest we ever get to vehicles like the Renault Mégane e-Tech and Volkswagen ID.3 is through video games. So, when we were presented with a chance to drive the Nissan Sakura Kei car in Los Angeles, we jumped at it…even if it meant only in the virtual world.

The Nissan Sakura was developed specifically to meet the Japanese market’s needs and unique road conditions. Underpinned by the Renault-Nissan-Mitsubishi Alliance’s new KEI-EV architecture, the car is narrow and thin, enabling it to fit into crowded urban spaces found on the streets of Tokyo and Yokohama, the latter of which is Nissan’s home base.

Power comes from a 20-kWh battery and an electric motor with 63 hp and 144 lb-ft of torque. Nissan says a battery-electric vehicle makes city driving easier thanks to its instant power delivery. This allows it to zip through town with ease and cut through small openings in traffic.

We drive the Nissan Sakura in Los Angeles (Virtually)

Since the Sakura is never coming to the U.S., Nissan found a way to give us a chance to drive one: through virtual reality. That said, we created our alter ego on VRChat and jumped into the virtual world to meet up with Nissan’s Japanese representatives. Before “driving” the car, we met up at the virtual reality equivalent of the Nissan Crossing in Tokyo’s Ginza district where we got to see heritage Nissan products, concept cars, and upcoming vehicles. We then entered a portal to see the Sakura make its debut in the virtual world and were treated to a virtual dance performance by an anime character.

After that, we found ourselves outside the Nissan Crossing again where we entered another portal to the Nissan Sakura Driving Island. Once there, we were greeted by two cars finished in two-tone white with a bronze roof. Cherry blossoms were everywhere throughout the island and you can also stop at a cafe to have a snack, relax on the beach, or go to a tea house for a hot cup of matcha green tea. The island showed off the four seasons and we got to see the change in seasons throughout our virtual drive thanks to the cherry blossoms.

We circled the island several times and got a taste of what it’s like to drive in VR. Although we didn’t have a Gran Turismo or Forza-style steering wheel controller, we still steered as if we had one in our hands. The only difference was that we pulled a trigger or pushed a button to accelerate and brake. Turn your head and it’s as if you’re in the car looking out the window to see what’s in your blind spot. This wasn’t as easy as it sounds, though. Getting your inputs right was a bit tough and it takes time to get used to because of the controller’s sensitivity.

While this doesn’t replace an actual real-world test drive, getting access to the Sakura in the virtual world exposes the car to more consumers. Those who can’t drive it in real life or who live in regions where the vehicle isn’t sold can get behind the wheel of Nissan’s electric Kei car.

In a way, this is smart marketing on Nissan’s part. Give consumers access to a vehicle in virtual reality to build up interest and potentially turn them into customers who buy one for themselves if they live in the region where it’s sold. We think this is a cool concept and strategy and has the potential to lure young and/or tech-savvy consumers to the brand.

The Sakura is part of Nissan’s Ambition 2030 plan, which itself is a portion of the Renault-Nissan-Mitsubishi Alliance’s broader electrification offensive. This is the first of 23 new electrified vehicles globally, with 15 of those being battery-electric vehicles. While the U.S. won’t get the Sakura, we’re getting our fair share of BEVs from Nissan and Infiniti beyond the Ariya. The production version of the Chill-Out Concept is due out by the middle of the decade. Nissan also aims to bring a solid-state battery to market by 2028 with the first pilot plant in Yokohama opening in 2024. Like its current batteries, Nissan is developing its next-generation packs in-house.

For now, this is the closest we can get to a fully electric Kei car in the U.S. until we can legally import the Nissan Sakura. If you own an Oculus Quest 2 and would like to check out the vehicle in the virtual world, you can do so on VRChat.

The digital versions of Nissan Crossing and Nissan Sakura Driving Island are open to the public so you can drive the car and interact with people in the game. A fair warning: make sure you have a strong stomach because spending a good bit of time in VR, especially driving or riding in the Sakura can result in motion sickness if you’re not used to this.