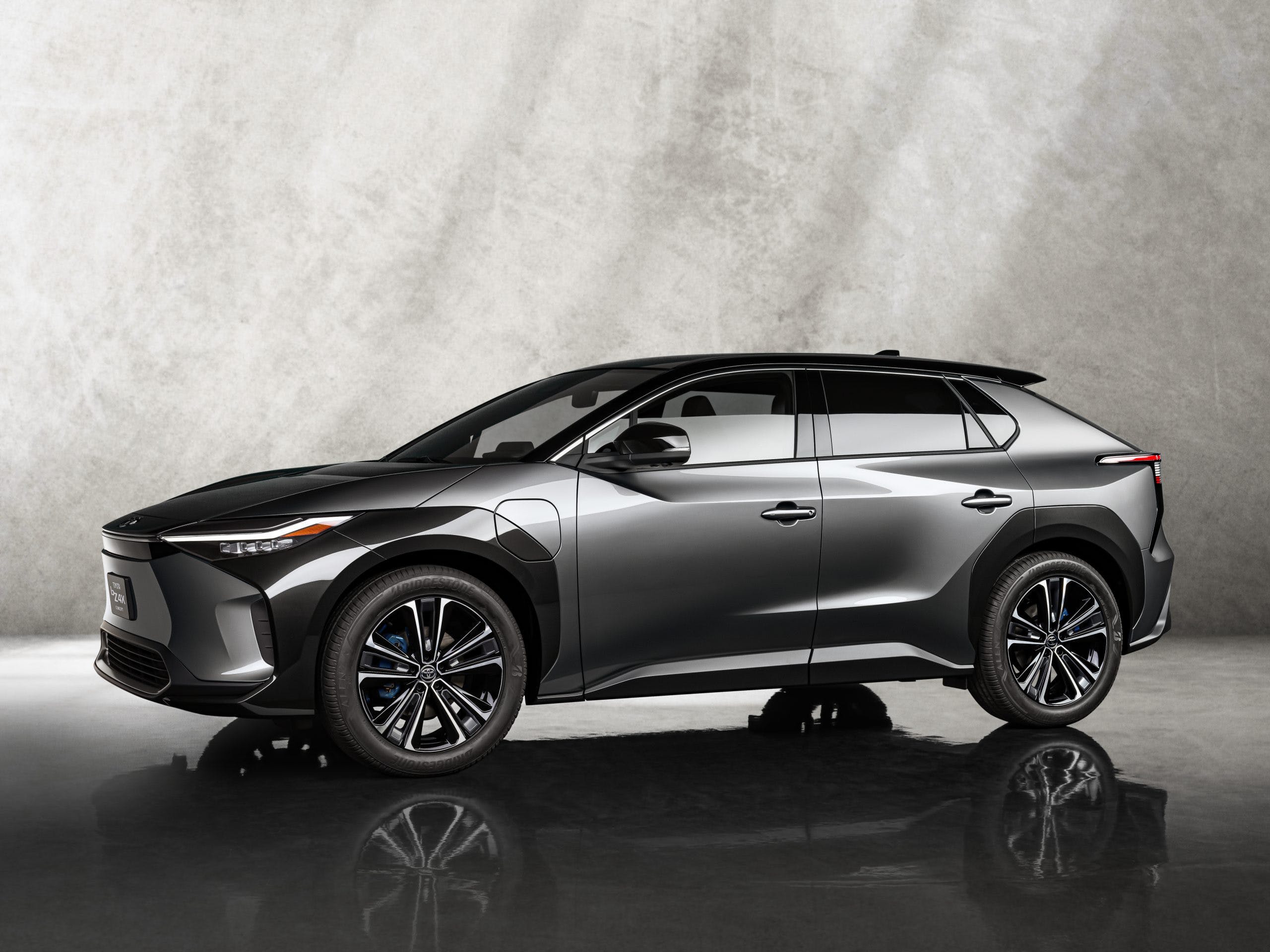 The Toyota bZ4X Concept has officially landed in the U.S. at the brand’s Plano, Texas headquarters where it is holding an event previewing upcoming models. First introduced earlier this year at the 2021 Shanghai auto show, the bZ4X Concept previews an upcoming battery-electric crossover codeveloped with Subaru. It will be the first vehicle on Toyota’s e-TNGA platform and will feature a long wheelbase and short overhangs.

In terms of size, the Toyota bZ4X Concept is similar in size to the RAV4 putting it right in the heart of the most competitive segment in the auto industry. Toyota has revealed that the production version will debut later this year before going on sale in 2022. It will be part of a 70-vehicle global rollout of new electrified models by 2025 as part of Toyota’s commitment to carbon neutrality by 2050. In total, 15 of those will be battery-electric vehicles. The production version of the bZ4X Concept will be part of the bZ umbrella, which stands for beyond zero.

When the production bZ4X arrives later this year, it will be introduced alongside a new plug-in hybrid model. We’re suspecting the PHEV is the next-generation Prius, and we’re hoping that it follows the same formula as the RAV4 Prime.