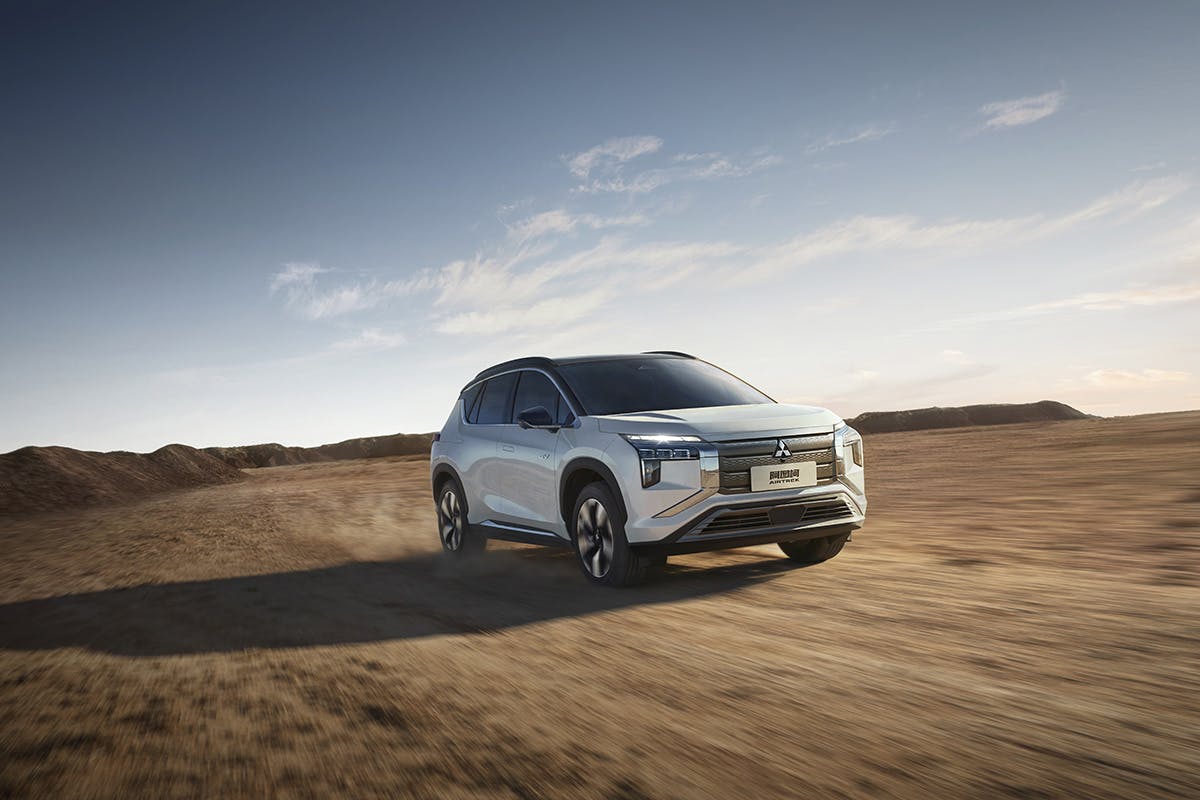 Mitsubishi was among the first brands to double down on electrification. It jumped into the plug-in hybrid crossover game with the Outlander PHEV, one of the bestselling models in its class globally, and it also had the i-MiEV electric city car for a few years. Now, the company revealed its next battery-electric vehicle at last week’s 2021 Guangzhou auto show and to no one’s surprise, it’s another crossover. The Mitsubishi Airtrek joins the next-generation Outlander PHEV and will be sold in China by the brand’s joint venture, GAC Mitsubishi Motors Corporation (GMMC).

“We named the new electric SUV Airtrek so that many customers can enjoy adventurous, active driving with this pure EV, which achieves a maximum driving range of approximately 520 km while emitting zero CO2 in motion,” said Takao Kato, President, and CEO of Mitsubishi Motors Corporation. “We hope the all-new Airtrek will help expand the horizons of customers in China, where environmental initiatives are accelerating with new energy vehicles, especially EVs.”

The Mitsubishi Airtrek sports the same shieldlike grille as the new Outlander and the rest of the lineup. This time, it’s enclosed since battery-electric vehicles don’t need as much cooling. It’s more upright, too, giving the Airtrek a traditional SUV shape instead of the bubble or wedge that’s common with most EVs. Stacked front lighting remains but it’s been reshaped to give this model a unique look. Mitsubishi also opted for pop-up door handles, likely to improve aerodynamics. Its daytime running lights and main headlight clusters are closer together while the vertical part appears to be the turn signals. The same shape is mirrored with the taillights while the rear window has a slight angle to it. Like the 2023 Outlander PHEV, the Airtrek also gets the two-tone exterior treatment.

Stepping inside the cabin, the layout appears to be similar to the one found in the new Outlander. Unlike that model, the Airtrek is only a five-seater. The electronic shifter appears to be a rotary dial while the main display on the center stack is angled slightly. Like most EVs, the Airtrek has a long wheelbase and Mitsubishi says it has a spacious cabin despite it being a compact crossover. The company didn’t disclose what platform the Airtrek is on but it wouldn’t surprise us if it’s on the Renault-Nissan-Mitsubishi Alliance’s CMF-EV architecture that also underpins the Nissan Ariya and Renault Mégane E-Tec.

According to Mitsubishi, the Airtrek will be good for 520 km or 323 miles on the China light-duty vehicle test cycle (CLTC). That’s courtesy of a 70-kWh battery mounted under the passenger compartment to lower the crossover’s center of gravity and achieve the ideal front to rear weight distribution. Mitsubishi has also packaged the Airtrek’s motor, reduction gear, and inverter into a single compact and lightweight package. However, it didn’t disclose the power output and whether the crossover has a single- or dual-motor setup. Mitsubishi did promise that the Airtrek will have a smooth ride and nimble handling.

There’s no word yet on whether the Mitsubishi Airtrek will be sold outside of China. We wouldn’t be surprised if it found its way to regions where the switch to electrified vehicles is happening at a fast pace. Europe in particular would be an ideal market for this crossover. It also has the potential to find success in North America if vehicles like the Ford Mustang Mach-E and Volkswagen ID.4 are any indication.