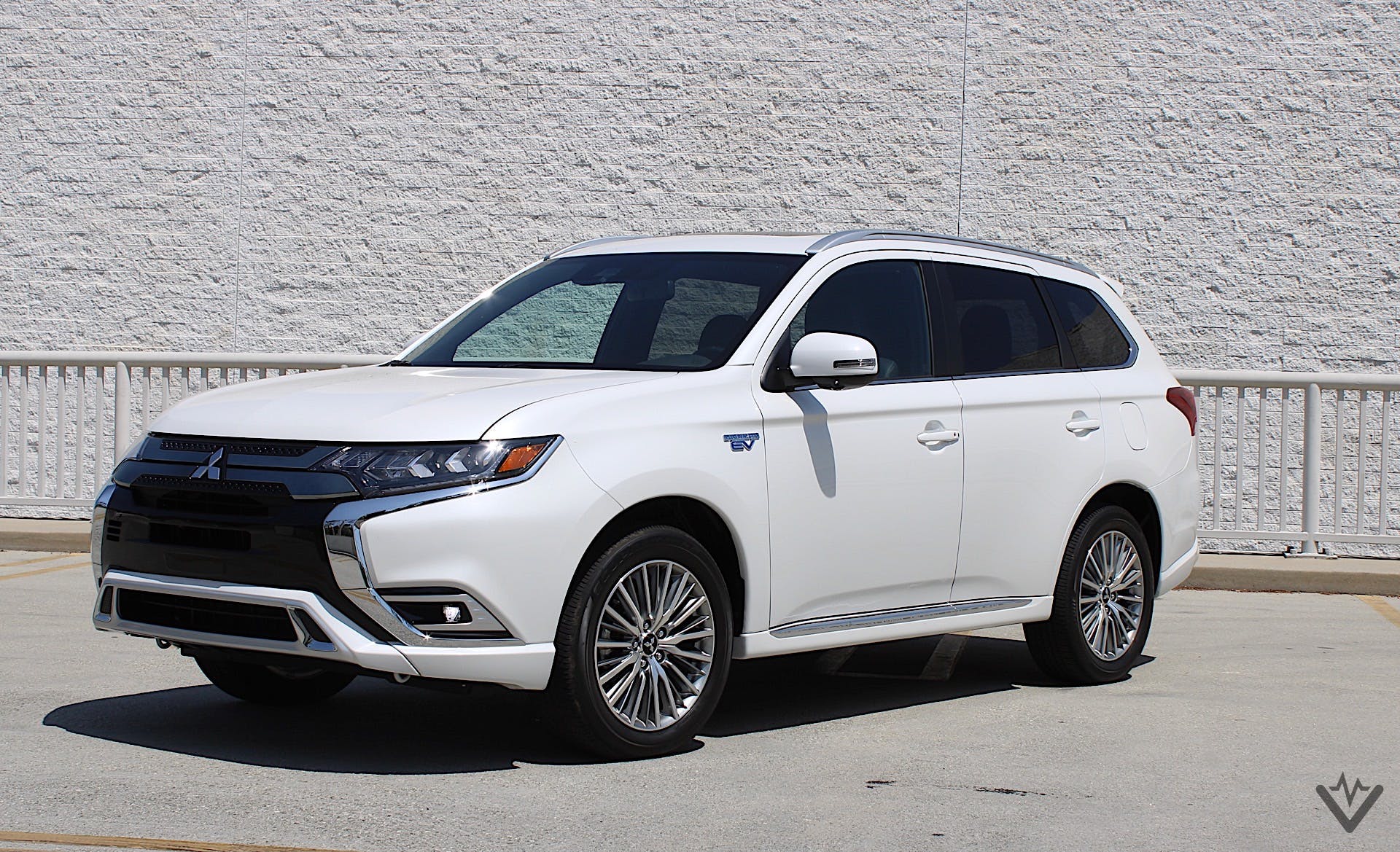 Although it’s one of the oldest crossovers on the market, the 2021 Mitsubishi Outlander PHEV has one of the most interesting plug-in hybrid powertrains. Unlike the majority of hybrids on the market, this rig operates more like a battery-electric vehicle during most driving situations. Is that enough to make up for the Outlander’s age? What does this hint at for the next Outlander PHEV?

The biggest change for the 2021 Mitsubishi Outlander PHEV is the powertrain. A 2.4-liter four-cylinder with 126 hp and 148 lb-ft of torque replaces the old 2.0-liter unit while the rear electric motor is now more powerful at 93 hp and 143 lb-ft. The lithium-ion battery grows from 12.0 to 13.8-kWh. As a result, the combined output increases by 31 hp to 221 hp, and the Outlander PHEV’s top speed in EV mode is now 83 mph.

Using a level 2 or 240-volt charger, the Outlander PHEV can be fully charged in four hours. Level 1 or 120-volt charging via a conventional wall outlet takes 9 to 14 hours. The Outlander PHEV is one of the few plug-in hybrids with level 3 charging capability using the CHAdeMO connector, allowing it to charge to 80 percent in 25 minutes.

Unlike the 2022 Outlander, which is all-new, the 2021 Outlander PHEV retains the outgoing body style. You find Mitsubishi’s corporate “shield” grille with the LED headlights connected to it. The taillights are connected by a single chrome strip. Plug-in hybrid badges on the tailgate and front fenders are the only hints of the Outlander PHEV’s electrified nature.

The Outlander PHEV seats five passengers comfortably. Unlike the non-electrified versions, you lose out on the third row due to additional powertrain components taking up space where the seats would be. Cargo space remains generous because of the crossover’s squared-off shape, a flat load floor, and reclining rear seat backs that also add extra flexibility. The front seats, however, could benefit from additional side bolstering because they’re a little flat.

The addition of leather upholstery with a diamond quilting pattern on the seats and door cards adds a sense of style to complement the soft touch surfaces and padding, it’s not enough to lift the dated interior design. Fit and finish also lag behind other compact crossovers; plastics and trim pieces on the door panels and center console are flimsy. More cubbies for mobile devices would be appreciated since the only place to put your mobile devices is the cup holders. Additional sound deadening is also needed because of excessive wind and road noise entering the cabin.

Mitsubishi’s multimedia system is simple and user-friendly. The 8.0-inch touch screen responds quickly and has a straightforward menu layout. Apple CarPlay and Android Auto will be your main interface because the Outlander PHEV doesn’t have a built-in navigation system. Unfortunately, the lack of physical buttons and knobs makes it distracting to use on the move, forcing you to look away when trying to hit one of the menu shortcuts. The eight-speaker Mitsubishi Power Sound System could be better, too, because it’s not very clear.

Due to the Outlander PHEV’s age, it’s missing lane-keeping and steering assists At least its lane departure warning system doesn’t get overly intrusive. Adaptive cruise control, however, can get jerky when slowing down and disengages under 25 mph. Once the car you’re following moves, the system is slow to react, taking a few seconds before it starts to move forward. Distancing veers on the conservative end; even in the closest setting, it leaves too much room between you and the vehicle ahead.

The Outlander PHEV’s powertrain upgrades become most noticeable on the move. While it’s not the quickest, the extra power allows it to move with more verve. Since the crossover mainly uses its two electric motors as often as possible, you get instant torque for passing, merging, and climbing up hills. In Sport mode, the powertrain responds quicker, giving the car a more energetic feel. The gas engine mainly acts as a generator and will only power the wheels during specific conditions like when the battery is depleted, during high-speed driving, and carrying a heavy load. Using Save or Charge mode to preserve the EV mode range for situations like heavy traffic or city driving also leads to the car using the gas engine to turn the wheels.

Positioning the battery under the passenger compartment keeps the Outlander PHEV’s center of gravity low. That doesn’t make it sporty because its suspension is tuned for comfort. Over poorly maintained roads, the crossover filters out most harsh impacts nicely, providing a compliant ride. Driving over big bumps and potholes causes secondary and tertiary vertical motions. There is a noticeable amount of body roll through turns while hard braking leads to some nose dive. The slow, numb steering adds to the Outlander PHEV’s driving bigger than it is.

The Outlander PHEV’s brake operation is among the smoothest as far as hybrids go. Handoffs from regenerative to mechanical braking are nearly imperceptible, giving it a linear feel. You won’t get jolted if you stop suddenly, and it’s easy to gauge how much stopping power you’re inputting. The six-level regenerative braking gives you enough recuperation to slow down to parking lot speeds but can’t bring the car to a complete stop.

The 2021 Mitsubishi Outlander PHEV starts at $37,490 for the base SEL trim. Our range-topping GT variant costs $43,805. Thanks to the larger battery, the Outlander PHEV is eligible for a $6,587 federal tax credit, and local incentives.

While age remains the Mitsubishi Outlander PHEV’s weakness, the upgraded powertrain is a step in the right direction. It’s more refined in operation while the added power provides better acceleration and improved drivability. Most importantly, this complex plug-in hybrid’s ability to operate seamlessly in parallel and series hybrid modes interchangeably is proof that Mitsubishi can still make distinct vehicles. All that’s left to do is to polish the powertrain, revamp the interior, and add more driver assistance technologies. If the new internal combustion 2022 Outlander is any indication, Mitsubishi can make the same big leap forward happen for the next Outlander PHEV.