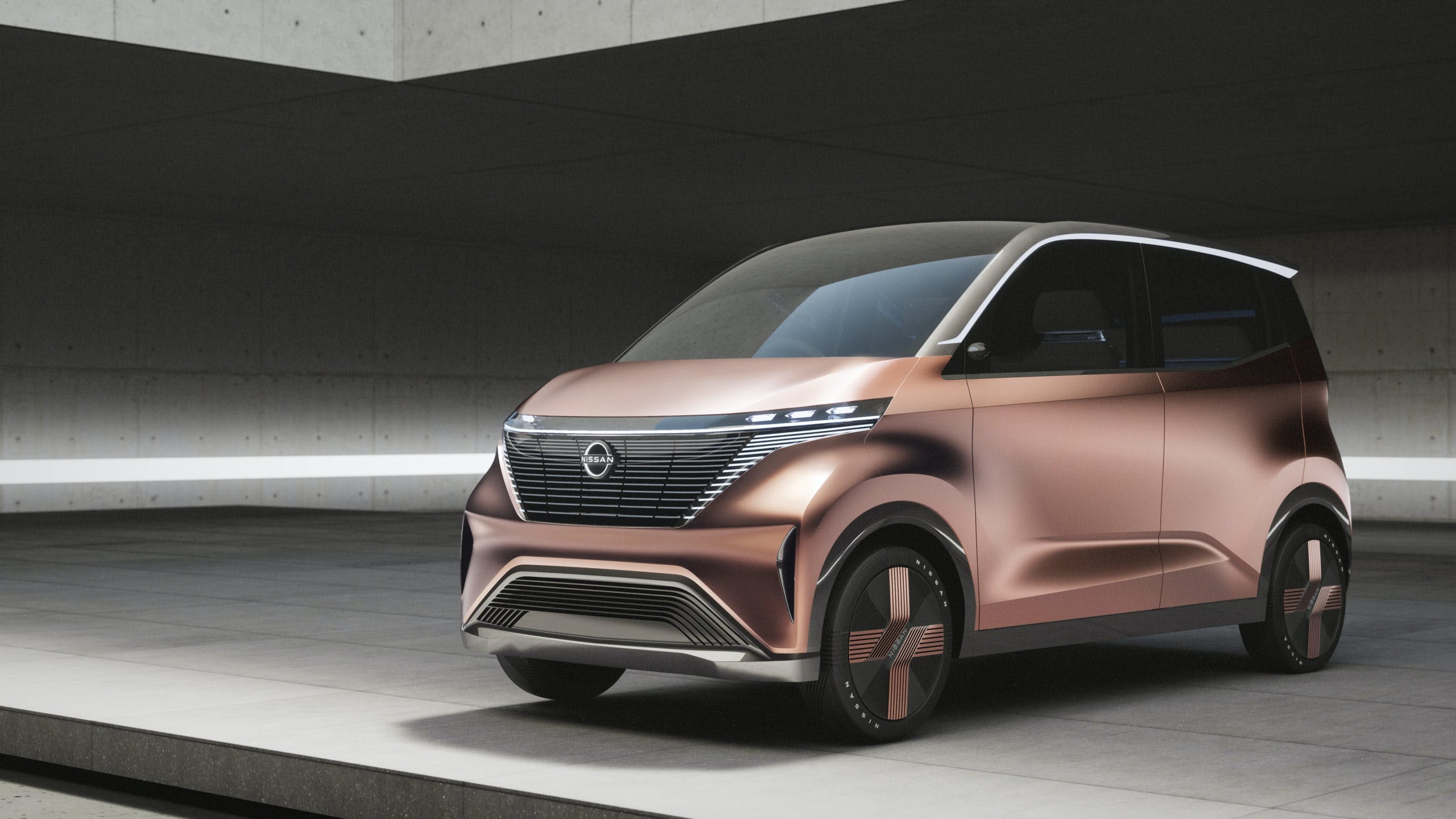 Nissan’s IMk concept could be the basis for the upcoming mini EV. Photo credit: Nissan

Nissan and Mitsubishi are working to roll out a small electric car in Japan that will start at around $18,000 after government subsidies.

The kei car will share a common platform and battery to help keeps the overall costs low. The range will to out at around 200 km, which again is designed to keep the price low. Though that translates to roughly 124 miles in old money, which is more than the stated range on the Mini Cooper S E which is sold in the United States and in other markets.

The car, with subsidies, is expected to start at less than 2 million yen. But in cities like Tokyo, who have recently increased its local incentives, the price could drop into the mid-1 million yen range.

Compared to what’s on sale now, the Nissan Leaf has a list price of 4.41 million yen (3.5 million yen with subsidies) and the Mitsubishi i-MiEV still had a price of 3 million yen.

The Nikkei Asia report also points out that EVs play an important role to Japan’s overall electric infrastructure. Nissan and Mitsubishi are experts in the vehicle to everything infrastructure.

Japan’s Itochu Research Institute’s Sanshiro Fukao told Nikkei Asia, “The Nissan Leaf and Mitsubishi i-MiEV served as a lifeline as ‘mobile batteries’.” This is in regards to the aftermath of the March 2011 earthquake and tsunami.

He continued to say, “As minicars go electric, they will become even more valuable as regional social infrastructure.”

Expect to see the car as early as next year.