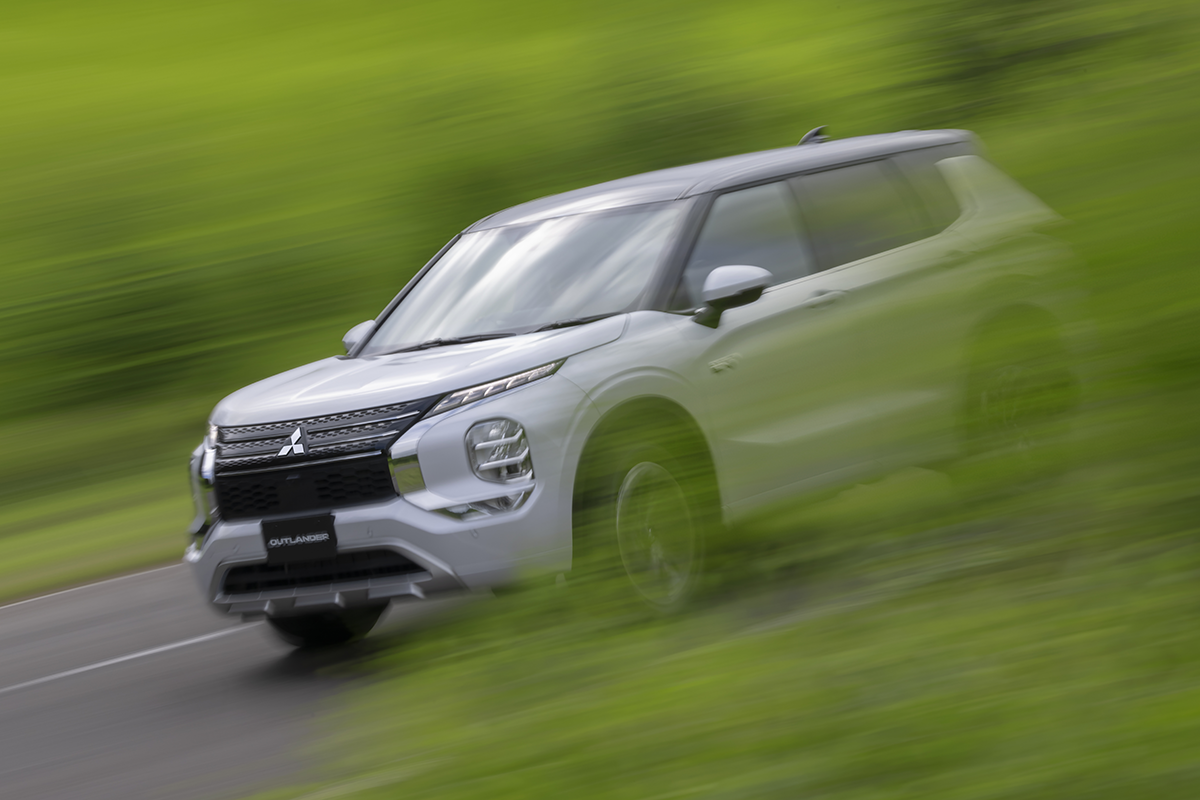 Mitsubishi is well-known for its AWD expertise and as an early player in electrification. It’s no surprise that when it came time to do another teaser for the 2023 Mitsubishi Outlander PHEV, the company decided to take a trip down memory lane. Through a video posted on YouTube, Mitsubishi emphasized its motor sports heritage, particularly in rally and off-road events, to show off its engineering prowess. Additionally, it also flaunted its original Outlander PHEV and battery-electric race cars, which ended up competing in events like Baja Portalegre and Pikes Peak Hill Climb.

Halfway through the video, a camouflaged 2023 Mitsubishi Outlander PHEV comes into focus getting put through its paces on various road surfaces. From snow to dirt, the crossover is being shown undergoing intense testing. There’s even a clip showing Mitsubishi engineers digging a deeper mud ditch to push the Outlander PHEV’s two-motor AWD system to its limits. Unsurprisingly, the car made it through without much fuss. From there until the end of the video, the Outlander PHEV gets put through one grueling test after another from a snowy hill to iced pavement with a 20 percent grade.

What was the point of all this? To show off how Mitsubishi combines its AWD heritage with electrification. The 2023 Outlander PHEV replaces one of the bestselling plug-in hybrid crossovers to date and was the very first of its kind in the mainstream segment. Like its predecessor, the new crossover will retain the two-motor AWD system. This latest version can optimally distribute torque between the front and rear wheels to improve traction and stability in poor road and weather conditions. Having a second electric motor in the back allows for additional braking control on the rear wheels to improve overall grip by removing the load from the front of the vehicle.

There will be multiple drive modes on the 2023 Outlander PHEV. In addition to Normal and Eco, there’s Gravel mode for loose surfaces, Snow mode for slippery conditions, and Mud mode helps you get out of soft, wet dirt and should keep you from digging the car deeper. Power harnesses you the plug-in hybrid system’s complete output for optimum straight-line acceleration.

Mitsubishi says that the 2023 Outlander PHEV will be more powerful and can travel farther in all-electric mode than its predecessor. This is thanks to a new gas engine, which we suspect is the same 2.5-liter four-cylinder in the standard version, and a larger battery pack. The current Outlander PHEV uses a 2.4-liter four-cylinder coupled to two electric motors and a 13.8-kWh battery for a combined output of 221 hp. In EV mode, it can travel up to 24 miles and is rated at 26 mpg across the board when driven as a hybrid or 320 miles with a full tank and full charge.

One of the biggest changes for the 2023 Outlander PHEV versus the crossover it’s replacing is that it will be a three-row vehicle. Due to its batteries taking up space under the cargo floor, the current Outlander PHEV is only a two-row. Thanks to the updated Renault-Nissan-Mitsubishi Alliance CMF-C/D platform, engineers may have been able to package the new battery pack under the passenger compartment, freeing up space behind the second row.

The 2023 Mitsubishi Outlander PHEV will make its global debut before the end of the year. It will initially go on sale in Japan first before crossing over to the North American market in the second half of 2022. It is not yet known whether Mitsubishi will retain the Outlander PHEV’s DC charging capability. If it does, the vehicle will most likely switch to the CCS Combo standard outside of Japan. Alongside the 2022 Kia Sorento PHEV, the Outlander PHEV will be one of two plug-in hybrid three-row crossovers in the mainstream segment in North America.

Written by Stefan Ogbac
Follow Author
RELATED ARTICLES
New-generation Mitsubishi Outlander PHEV arriving in the U.S. in the second half of 2022
2021 Mitsubishi Outlander PHEV to get major powertrain upgrades
Mitsubishi’s hybrid technology hints at what could come from Nissan
The best safety items you should consider adding with your $600 stimulus money
RELATED ARTICLES
JOIN THE EV PULSE NEWSLETTER
Receive weekly updates on each of our electrifying articles.