New-generation Mitsubishi Outlander PHEV arriving in the U.S. in the second half of 2022 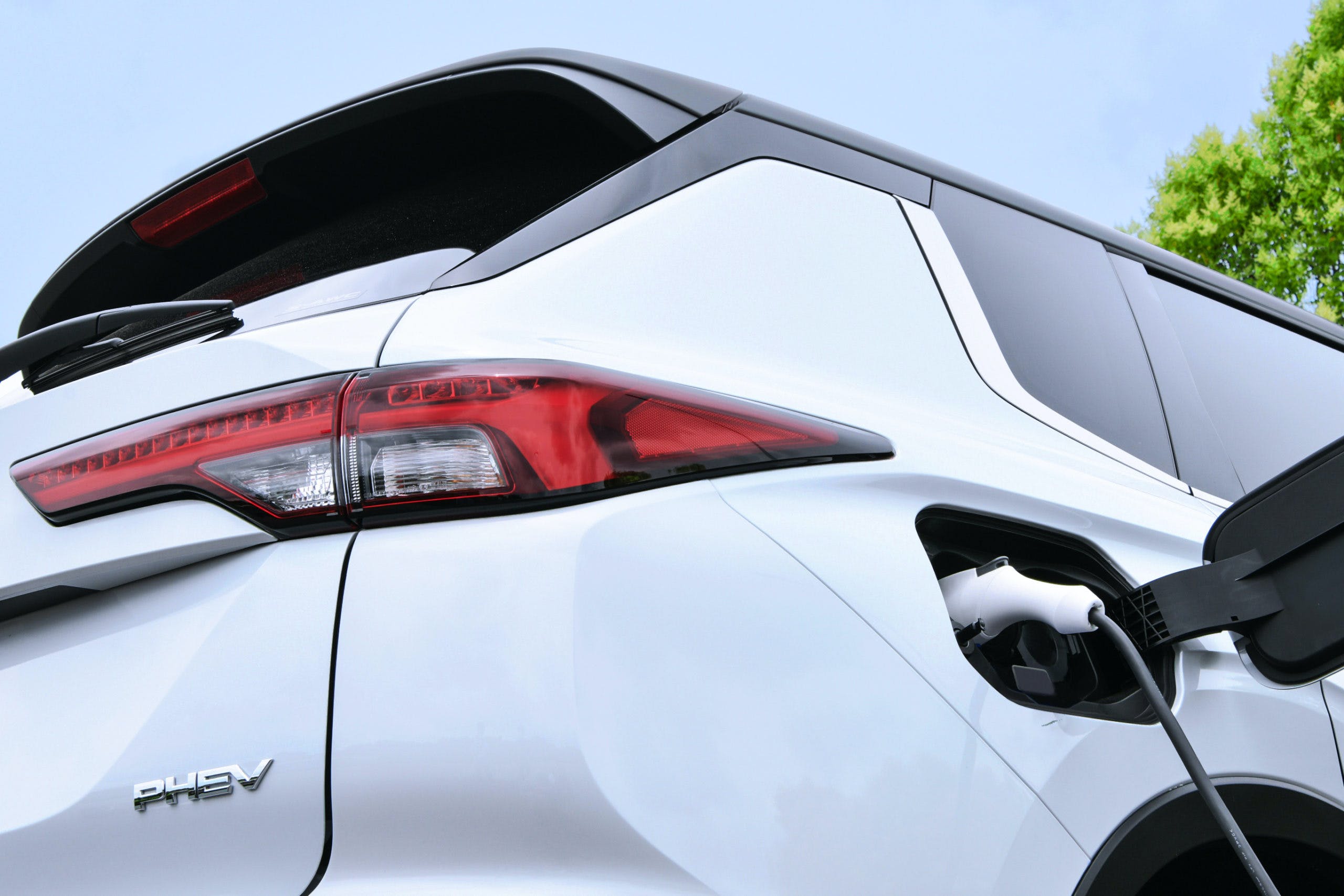 Mitsubishi has announced that it will reveal the new-generation Outlander PHEV later this year in Japan before it goes on sale in the U.S. in the second half of 2022. We don’t know how different it’ll look from the standard Outlander but at least the teaser photos hint that the PHEV will be available with a contrasting roof. The charging port also appears to be only a level 2 AC charger, which would be a departure from the outgoing car, which is capable of using level 3 DC chargers with a CHAdeMO connector. We won’t be surprised, however, if the DC charging capability returns on the new car and swaps to the CCS combo standard.

Unlike the current car, Mitsubishi says the new Outlander PHEV will have seating for up to seven passengers. The battery will also be larger than the current vehicle, which should increase its EV mode range beyond 24 miles. Its gas engine will also be more powerful, and we’re suspecting it’s a version of the 2.5-liter four-cylinder found in the standard model. Thanks to its new platform, which is shared with the 2021 Nissan Rogue, the plug-in hybrid powertrain is better packaged. We think that Mitsubishi put the new battery pack under the passenger compartment, allowing it to keep the three-row layout in the electrified variant.

One feature that will remain is Mitsubishi’s twin-motor AWD system. This uses an electric motor on each axle to maximize grip and traction on loose surfaces. That also means the new Outlander PHEV will operate similarly to the current one, meaning it’ll use its electric drive motors for most driving situations and get an assist from the gas engine only during specific situations like passing, carrying a heavy payload, and climbing steep grades. Expect the new version to offer more powerful electric motors, too, meaning the Outlander PHEV could serve as the high-output and high-powered upgrade to the standard internal combustion model.

The 2022 Mitsubishi Outlander PHEV is part of the brand’s plan to become carbon neutral by 2050. Mitsubishi aims to reduce its CO2 emissions by 40 percent by 2030 and increase the proportion of its electrified vehicle sales by 50 percent that same year. To do that, the company aims to center its research and development on plug-in hybrids, which will make up the volume of its sales across the globe. Mitsubishi also plans to expand its use of plastics not derived from oil and recycle older batteries from older electrified vehicles. It will also develop battery packs and electrified vehicle systems with reusability in mind, allowing the company to repurpose units at the end of their life for a new application.

In addition to the Outlander PHEV, Mitsubishi also offers a plug-in hybrid powertrain in the Eclipse Cross outside of North America. Like the Outlander PHEV, it uses a 2.4-liter four-cylinder coupled to two electric motors, a 13.8-kWh battery, and a planetary gear set. The total output for both vehicles is 221 hp. According to the EPA, the current Outlander PHEV is good for 24 miles in EV mode or 320 miles with a full tank and a full charge.