How Gran Turismo 7 handles charging electric cars (Hint: It could be better) 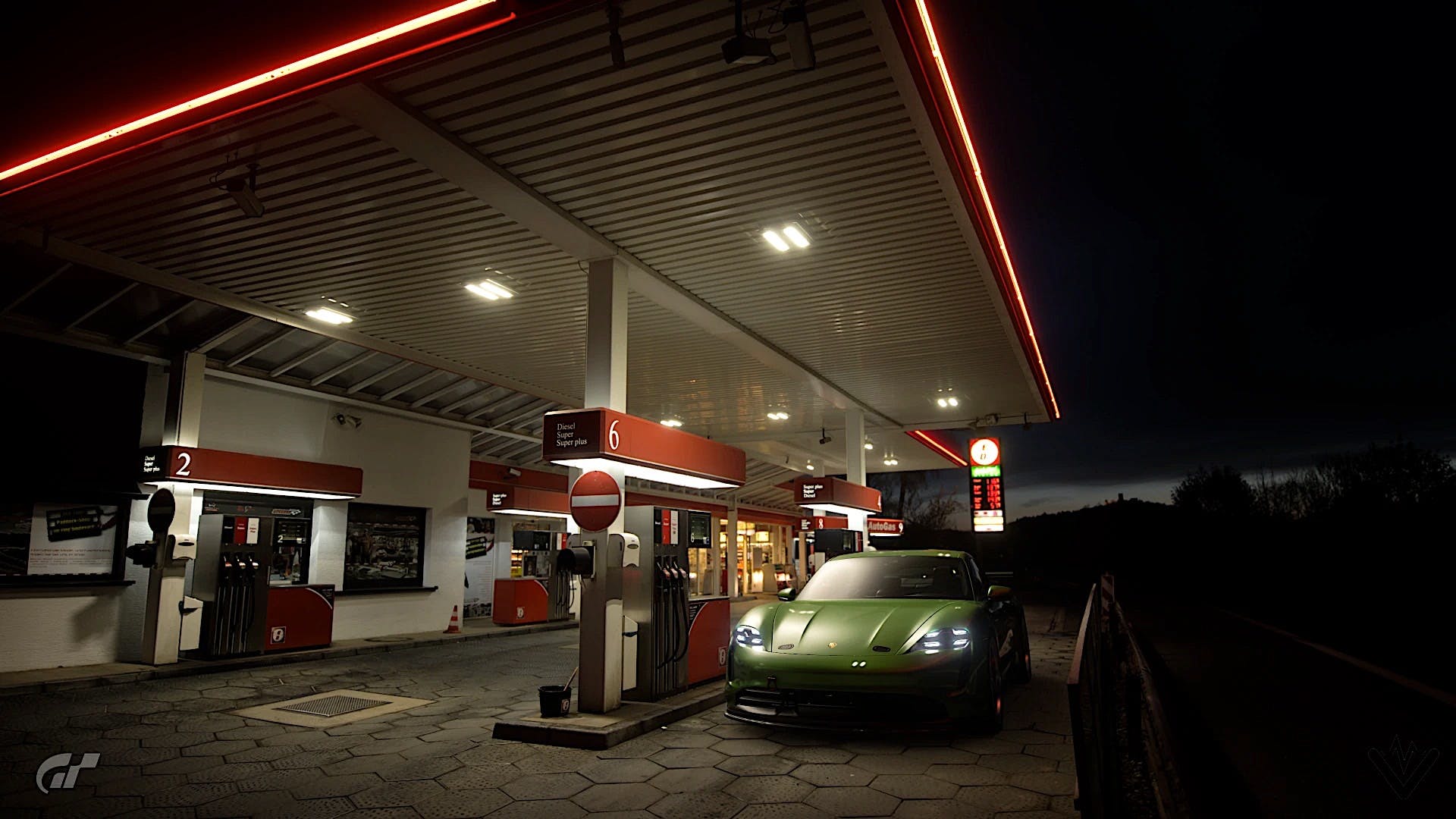 Our Taycan at the gas station, not that it needs it. Photo credit: Chad Kirchner / EV Pulse / Gran Turismo 7

Unless you’ve been living under a rock, you know that Gran Turismo 7 recently released on the PlayStation 4 and PlayStation 5 gaming consoles. If you haven’t grabbed a copy yet, you can get it here.

One thing that the Gran Turismo series does well on longer races is to actually have fuel consumption. You can even set up custom races in GT7 where the fuel consumption is 10x as great or more. It creates an interesting dynamic in the game, where you have to take care of your tires and your fuel.

When stopping for a pit stop in a gas-powered car, you can choose when to stop refueling. As anyone who follows motor sports knows, you only want to carry enough fuel on board to get you to the finish. There’s no point in wasting time bringing on unnecessary fuel.

But what if you’re racing in the game’s Tesla Model S — a 2012 edition — or the Porsche Taycan Turbo S? Surely it’s not going to have you sit for 30 minutes or more while you recharge, and battery swapping isn’t a thing yet. How do they handle it?

Well, the company doesn’t really handle it. It just takes the refueling part of the pit stop and quickly fills up the battery gauge. It’s done at a set speed, as far as we can tell, and you can’t stop the process early.

The pit stop animations don’t even show someone plugging the car in to charge it. So it appears that through magical hand waving and a preset stopwatch is how Gran Turismo is going to handle charging electric vehicles.

When setting up a custom race — like at the Daytona oval, for example — it’ll only pair you by default with other electric vehicles. So if you choose the Taycan, you are in a field of Taycans.

Interestingly, and something we hope they fix in the future, is that regardless of how much energy the competitor cars have, each car will take a pit stop every lap.

On our Taycan we have in game, with the fuel use multiplier at 10x, we needed to stop in the pits every second lap. Since we’re all running the same cars with the same powertrains, one would assume that the energy consumption rate would be similar.

However, every single other car on the grid pits every single lap. Hopefully it’s just a bug that gets fixed in future updates, because while a spec Taycan racing series sounds like in-game fun, it isn’t if the computer is always sitting on pit road.

We aren’t exactly surprised that Sony, Polyphony Digital, and the creators of Gran Turismo 7 handled it this way, but it does a lot of hand waving and even takes the skill out of stopping by choosing how long you want to stop for, like in the ICE vehicles.

Some of the upgrades are fun for the electric cars, and we’d like to see more in the future. Obviously electric cars are just one part of the overall Gran Turismo equation, and a small one at that, but there’s always room for improvement.