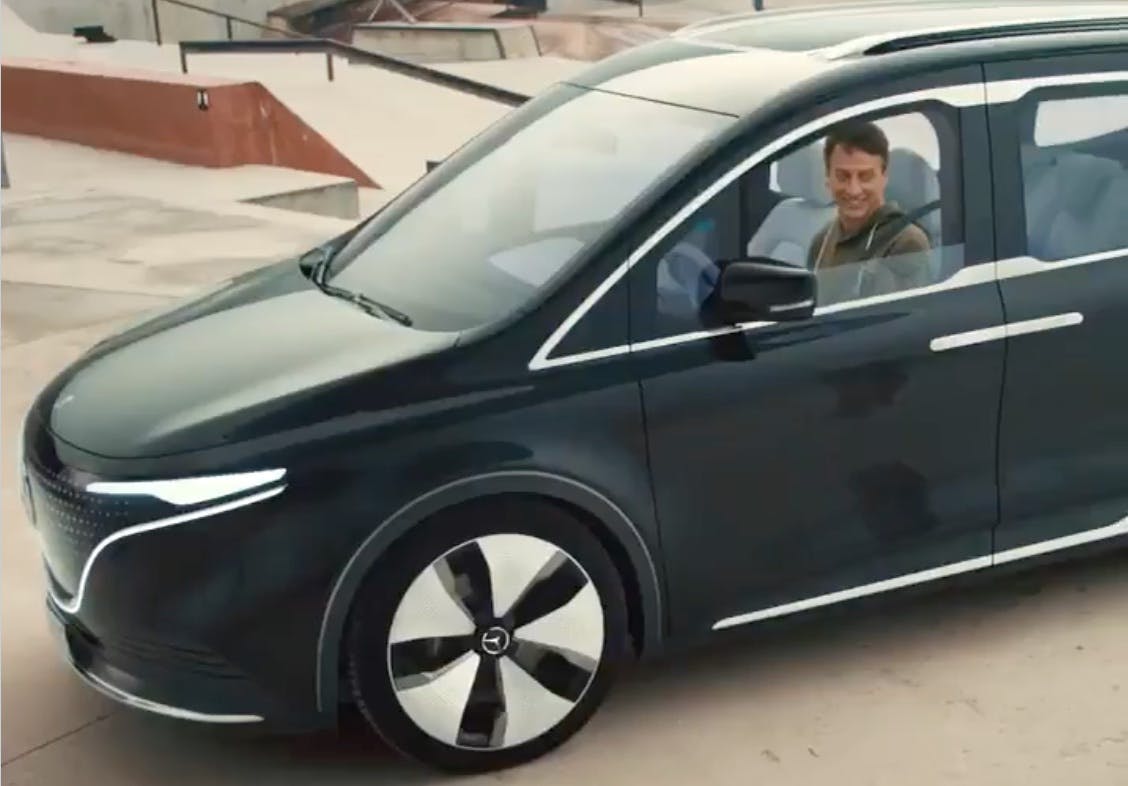 Yesterday, the Mercedes-Benz Concept EQT was revealed as an all-electric small luxury van for people who need space in a compact package. Well, it looks like Mercedes-Benz took that one step further by teaming up with professional skateboarder Tony Hawk to attract the so-called active lifestyle crowd.

How cool is that? Check-out my collab clip with @mercedesbenz, who have just revealed their #ConceptEQT. #ad pic.twitter.com/J60MjaYK80

In a video that’s just under a minute long, you see Tony Hawk doing tricks at a skate park with two younger skateboarders watching. He then goes off after his last trick and immediately jumps into the Concept EQT’s electric longboard, stunning onlookers as he heads to a garage. “Hey, Tony. Why the switch to electric?” Asks a gardener. “I got my reasons,” Hawk replies. The garage then opens to reveal the Mercedes-Benz Concept EQT and Hawk goes to the back to mount the longboard into its charger before thanking the MBUX interface for charging his wheels as he drives off. He then pulls back up to the skate park with the same two young skateboarders seeing the van and remarking how cool it is before they get invited to jump in and take a ride.

Mercedes-Benz is aiming the production EQT at a younger audience. The fact that they teamed up with an action sports legend speaks volumes to the type of consumer they want to appeal to and see driving this van. Based on the upcoming T-Class, the EQT is the all-electric version, which will also be sold to private customers soon after the standard commercial variants.