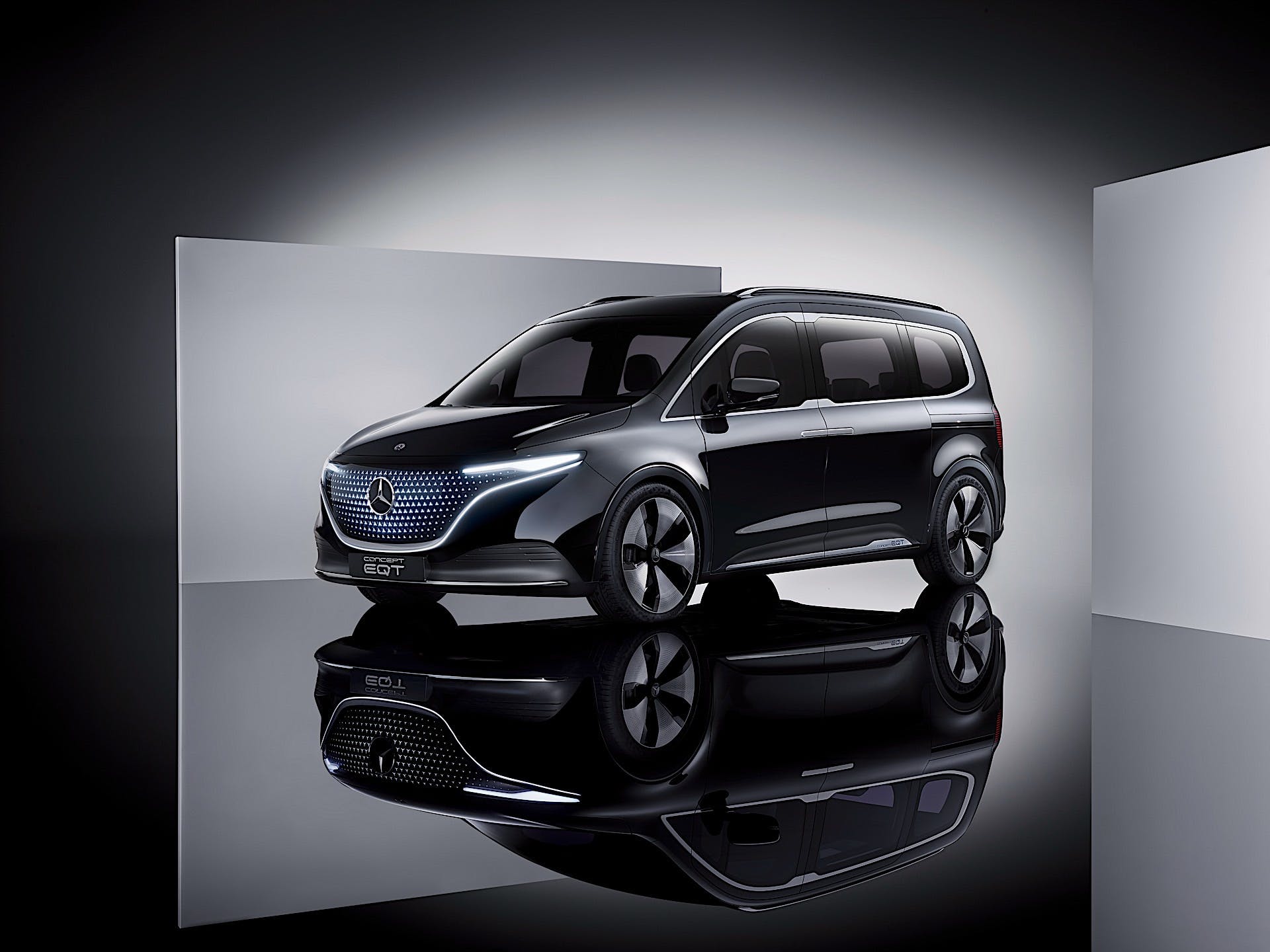 Mercedes-Benz has revealed the Concept EQT, a battery-electric version of the upcoming T-Class small luxury van. The EQT seats up to seven passengers and brings all of the latest safety and multimedia technologies in a compact, yet family-friendly package. When it goes on sale later this year, the Mercedes-Benz EQT, like the T-Class, will slot below the V-Class, a version of which is sold in the U.S. as the Metris.

Marcus Breitschwerdt, head of Mercedes-Benz Vans, notes that the new T-Class and EQT will appeal to families and people who need space and comfort. “The T-Class provides them with an attractive introduction into the world of Mercedes-Benz,” added Breitschwerdt. And as the Concept, EQT shows: We are consistently implementing our claim to leadership in electromobility and will also be offering a fully electric model in this segment in the future.”

The Mercedes-Benz EQT gets the same family looks as other EQ models, featuring headlights integrated with the closed grille, which has a three-dimensional star pattern. The EQT gets full-width LED taillights that curve downward and a completely vertical rear hatch. Generous swathes of chrome are found around the windows and the grille.

Inside, the EQT gets a more conventional interior design and doesn’t have the dual-screen layout usually found on newer Mercedes-Benz vehicles. You get a partially digital gauge cluster with an instrument cluster display in the middle of the analog speedometer and power meter. The main display on the center stack appears to be around 8.0 inches in size and you get a conventional-looking gear selector. Two-toned black and white Nappa leather upholstery complemented by blue interior trim further distinguish the EQT’s interior from the standard T-Class. There’s even a cool electric longboard mounted in the cargo area.

The EQT is 194.6 inches long, 73.3 inches wide, and 71.8 inches tall. That means it’s smaller than your average minivan in the North American market, which is similar in size to the larger Metris. Despite its size, the interior appears to be cleverly packaged because Mercedes-Benz says you can put three child seats across the middle row. The third row can be folded or removed if you need more space.

Mercedes-Benz will bring the T-Class to market in 2022 but there’s no word on whether this will be offered in the U.S. It will be sold alongside the next-generation Citan, which will also get an all-electric version. Commercial configurations of the T-Class will arrive first followed by the ones for private consumers and the EQT.