Hello, Mercedes: Spy shots of the Mercedes-Benz EQS and EQ crossover Stateside up close and personal 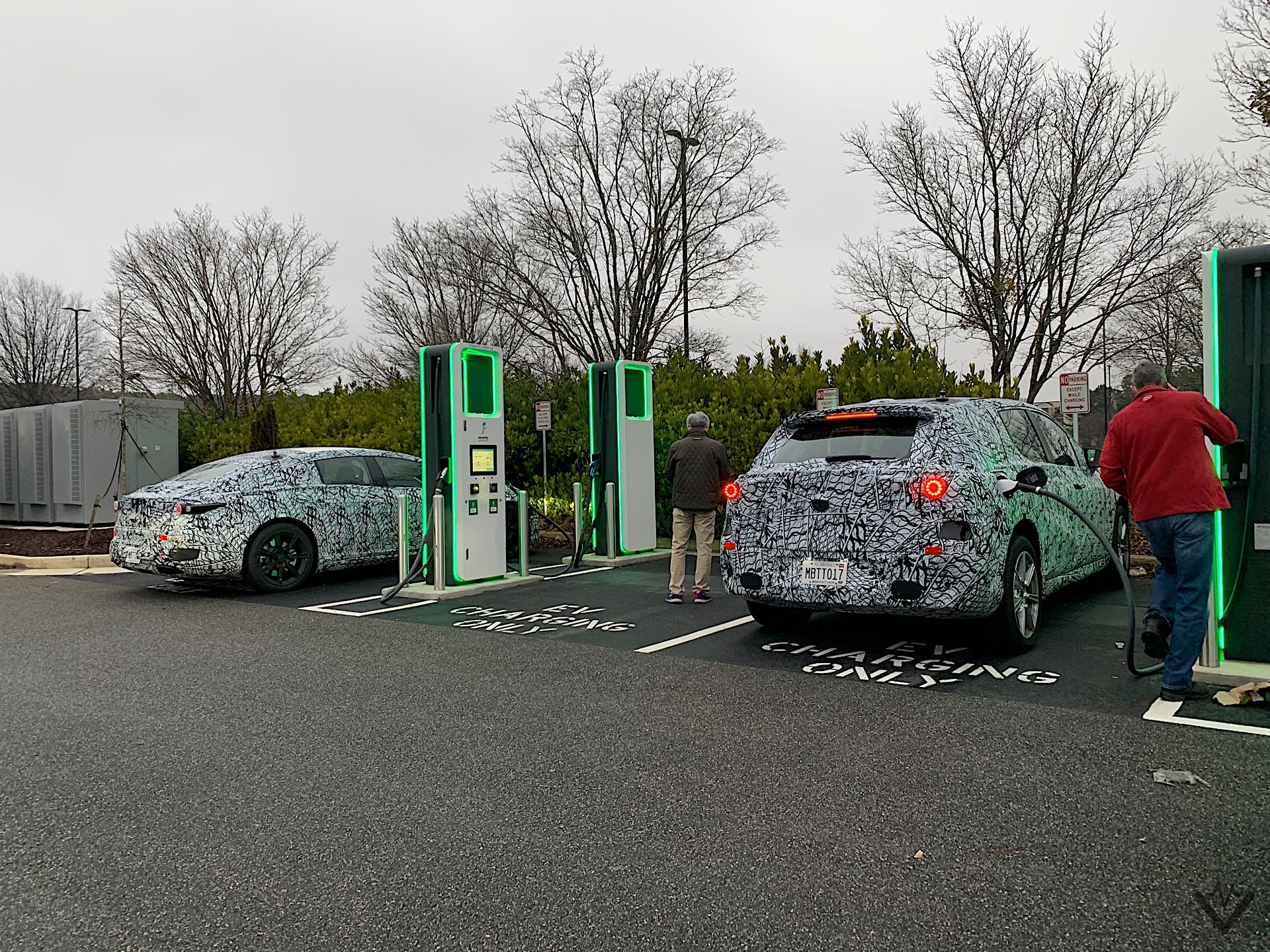 Soon Mercedes-Benz EQ models will be going on sale in the United States, so the company will likely have to validate and test those vehicles using U.S. roads and utilizing U.S. charging infrastructure.

Here we have some shots of Mercedes-Benz doing just that with what appears to be the EQS sedan and the EQ crossover. It’s unclear, based on these shots, if the EQ crossover is based on the EQS or the EQE, but it looks like it might be a bit smaller than the EQS it’s parked next to at these Electrify America DCFC stations.

Site contributor Eileen Falkenberg-Hull captured these shots while she was recharging a Ford Mustang Mach-E. Apparently the interiors were significantly covered, but the big Hyperscreen is definitely present on the EQS. The EQE-type crossover had more of its interior covered, but while everything was covered the Hyperscreen is noticeable and it wasn’t there.

It makes sense these cars would be testing near Atlanta, where these photos were snapped, as the company has offices there. You just never know who you’ll run into when you are plugging in to get some juice for your EV.