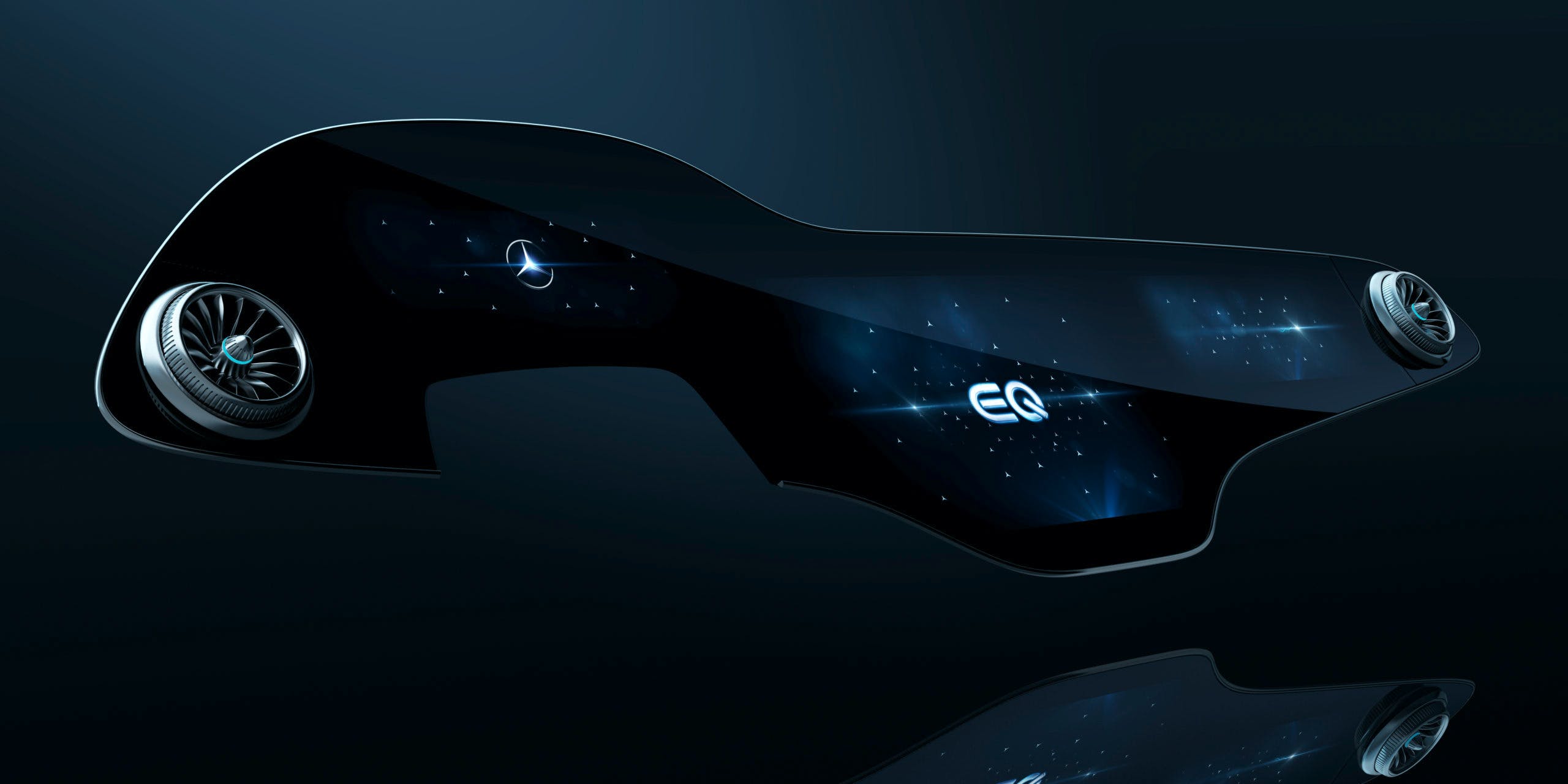 Just when you thought infotainment displays couldn’t get any larger, Mercedes-Benz one-ups, everyone, by showing its new Hyperscreen. Featuring a massive curved OLED touch screen, the MBUX Hyperscreen is an expansion of the existing system, featuring an improved AI for the virtual assistant, allowing it to learn your habits and give you suggestions for everything from multimedia to vehicle settings. Mercedes says it has also improved usability by reducing the need to go through multiple submenus to get to what you’re looking for.

In total, there are three displays under that giant glass-covered panel on the dash. You get a digital gauge cluster in front of the driver, the main infotainment display, and another screen in front of the front passenger. In total, the MBUX Hyperscreen measures 56 inches, leapfrogging the Cadillac Escalade’s curved 38-inch combined OLED display. The passenger side display can also house seven profiles but the availability of entertainment function will vary based on a country’s regulations.

Using learnings from the existing MBUX interface, the MBUX Hyperscreen’s layout has been updated to make it more user-friendly. Mercedes found that navigation, phone, and radio/media were the most commonly used functions; as a result, the MBUX Hyperscreen now has the navigation feature as the main tile front and center. Everything else will be populated by what the artificial AI thinks the driver uses the most. If the system finds that you use certain features frequently, it’ll suggest those to you on the home menu. If the car thinks that you’re always going through an area that may cause the car to scrape, the navigation system will mark that GPS location to remember to raise the vehicle and avoid damaging the underbody.

The Mercedes-Benz EQS will serve as the flagship of the automaker’s EQ all-electric sub-brand. It’ll feature some of the most cutting-edge technologies from Mercedes and the MBUX Hyperscreen is just the start of it. Think of this as the next step in the development of in-car multimedia systems thanks to the continuous advancement of artificial intelligence. Expect this latest version of MBUX to eventually find its way to other Mercedes-Benz vehicles. However, the EQ models could likely get these first.