Genesis Electrified GV70 will be made in the U.S. starting next year: Report 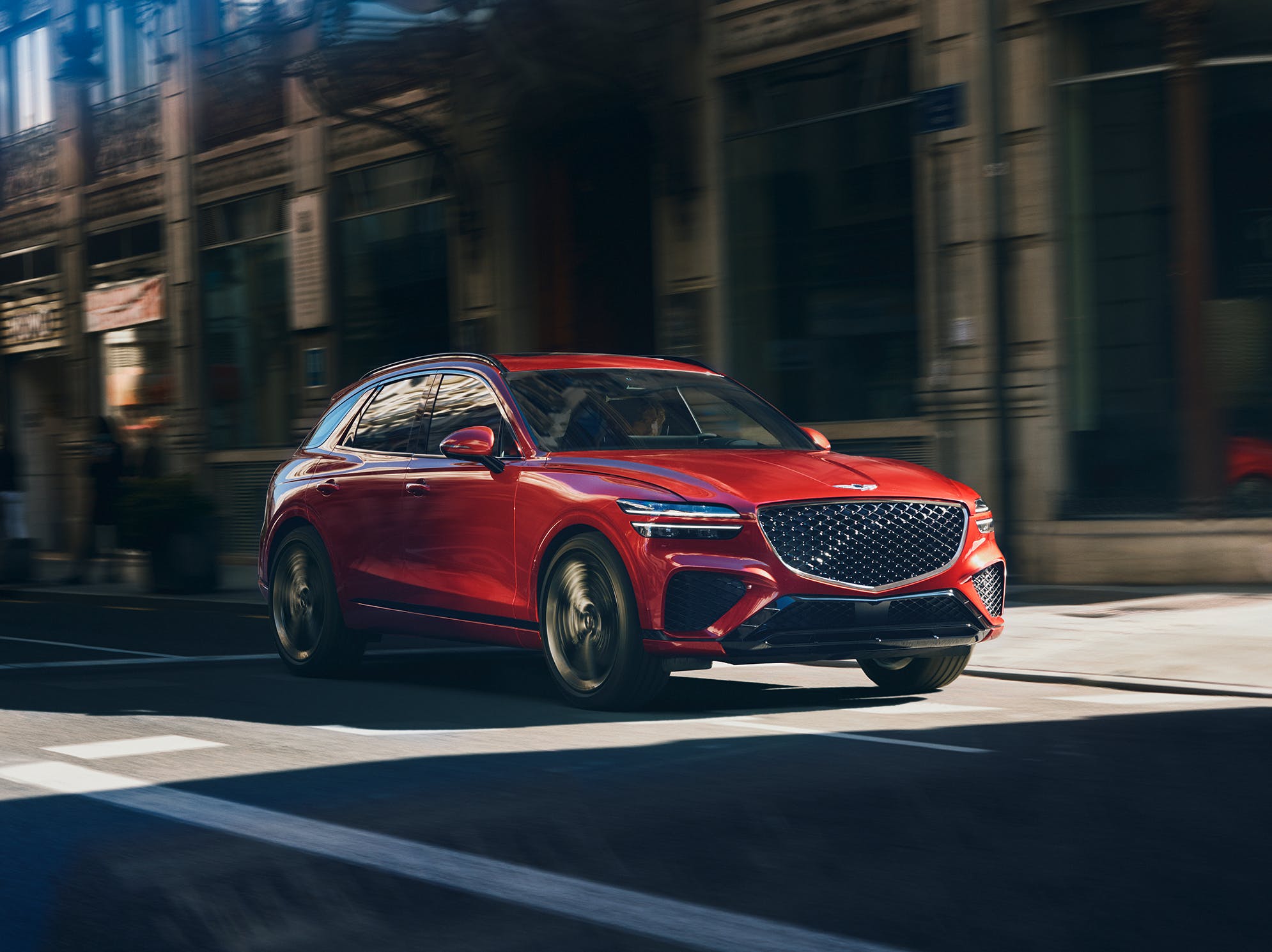 Hyundai Motor Group has one of the most ambitious electrification offensive to date as it plans to introduce nearly two dozen battery-electric vehicles across its three brands. Its luxury division, Genesis, announced in Sept. that from 2025 onward, it will only launch EVs and hydrogen fuel cell vehicles. The first two have already been revealed: the Electrified G80 and the GV60, the latter of which is the third vehicle in the company’s E-GMP platform built specifically for EVs. While those will be built in Korea, the third vehicle won’t be. According to a report from Business Korea, Hyundai Motor Group has decided to produce the Genesis Electrified GV70 in the U.S. at its Alabama facility.

Hyundai Motor Group has two major production facilities in the U.S. The Montgomery, Alabama site currently produces the internal combustion variants of the Santa Fe, Sonata, Tucson, Elantra, and Santa Cruz. Kia’s West Point, Georgia plant, on the other hand, makes the K5, Sorento, and Telluride. The Genesis Electrified GV70 will be the luxury arm’s first vehicle made in North America and will also be the company’s first locally produced EV. Currently, electrified Hyundai and Kia models, and all Genesis vehicles come from Korea.

Business Korea says that the plan first came up when Hyundai Motor Group shared the plan with Korean labor unions at a job security committee meeting in its Asan plant last week. The plan also called for other major models to be produced in the Alabama plant for the U.S. market, which will serve as an EV production hub for the brand in the U.S. This was done in anticipation of a growth in EV sales in the region, which is expected to increase to 7.2 million units by 2030 and 12.5 million units in 2040. The company also intends to respond quickly and move ahead of government policies intended to stimulate the transition to electric vehicles, which includes making EVs take up 50 percent of new cars being produced in the United States by 2027.

In May of this year, Hyundai Motor Group announced that it will invest $7.4 billion in the U.S. through 2025 with the goal of starting local EV production in 2022. It appears that the production of the Electrified GV70 is the first fruit of this commitment. Both Hyundai and Kia facilities in Montgomery, Alabama, and West Point Georgia will be retooled for EV production. The company also aims to work with local businesses and the U.S. government to accelerate the adoption of EVs and hydrogen fuel cell technologies. Hyundai will also start trials with the XCIENT fuel cell truck in California to evaluate how companies can use them in their fleets while improving air quality.

Of the three brands, Genesis and Kia have the most EVs in the pipeline. When it announced its electrification plans, Genesis showed off a teaser with eight vehicles sporting the brand’s trademark two lines lighting element. From what we can tell, there are four crossovers including the GV60 and Electrified GV70. The other two appear to be all-electric versions of the GV80 and the upcoming GV90. On the car side, the first is the Electrified G80 shown at the 2021 Shanghai auto show earlier this year. A compact sedan appears to be on there along with what looks like an EV version of the next G90 flagship sedan and the production version of the Genesis X Concept.