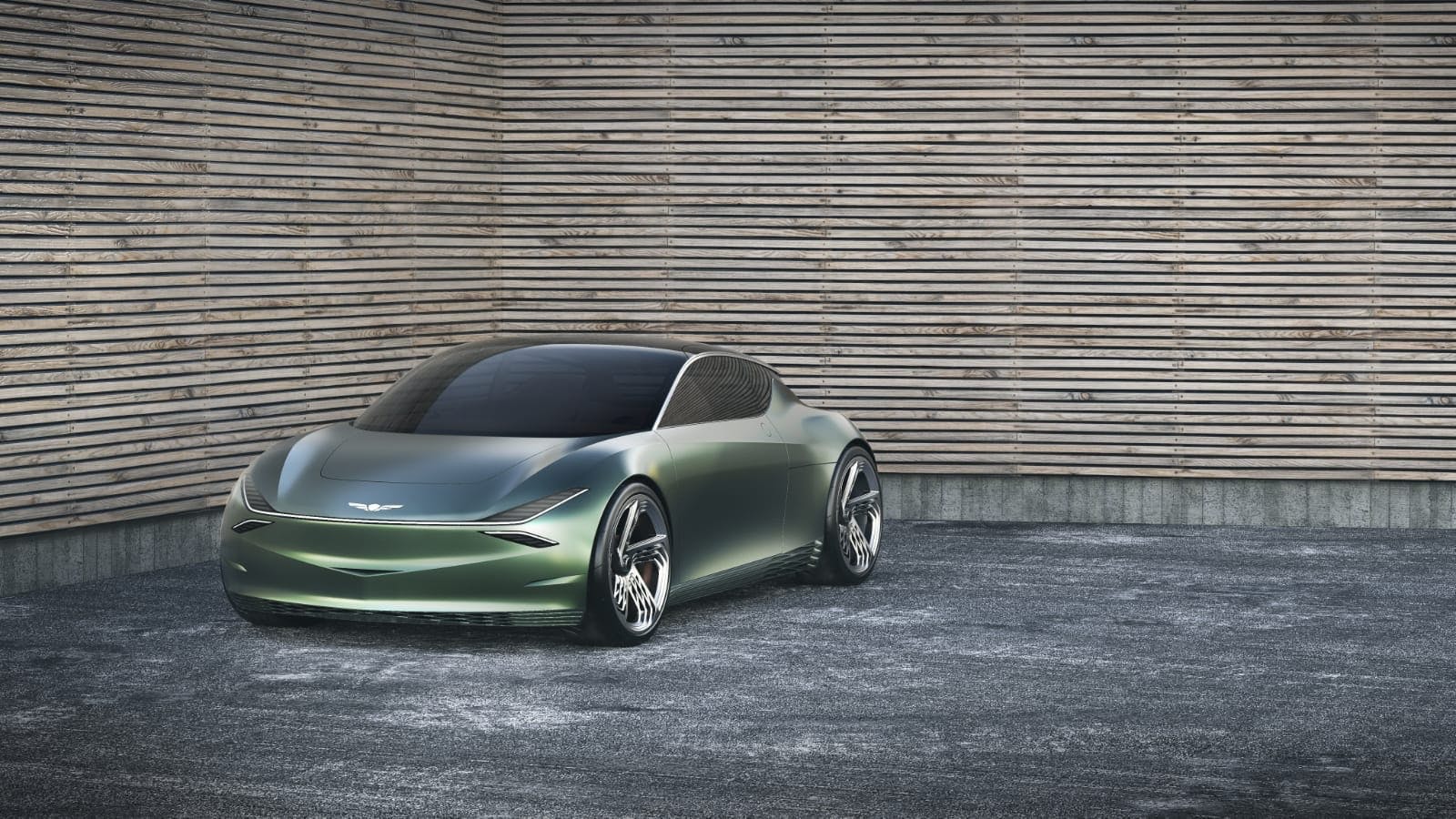 Last week, we reported that Genesis will release all-electric variants of most vehicles in the current lineup alongside the dedicated EV code-named JW1. Well, it appears that has been confirmed with trademark filings in Korea found by a poster on GV Forums. The naming layout, which we originally noted will add an “e” in front of the model name to denote the electric model, has been swapped to the end of the vehicle’s name.

The patents found by the forum member essentially shows an EV version for nearly the entire lineup. On the sedan front, the trademarks include G70e, G80e, and G90e. For crossovers/SUVs, GV70e, GV80e, and GV90e have been trademarked. There is one model missing, though: Genesis’ upcoming halo coupe, rumored to be called the GC70 or GT70. We suspect that this car, which will likely be the production version of the Essentia Concept, could come as a fully electric sports car out of the gate.

There are still a lot of things we don’t know about the all-electric versions of Genesis’ current models. The platform they’ll be using is still unclear. Gas-powered versions of the GV80, G80, and GV70 all use a new rear-drive-based platform. There’s no word yet if that architecture can accommodate an all-electric powertrain or if Genesis plans to put the EV versions on the E-GMP platform underpinning the JW1, Hyundai Ioniq 5, and Kia’s electric crossover code-named CV. How much power they’ll make remains to be seen, too; however, we wouldn’t be surprised if the electric variants are the most potent ones.