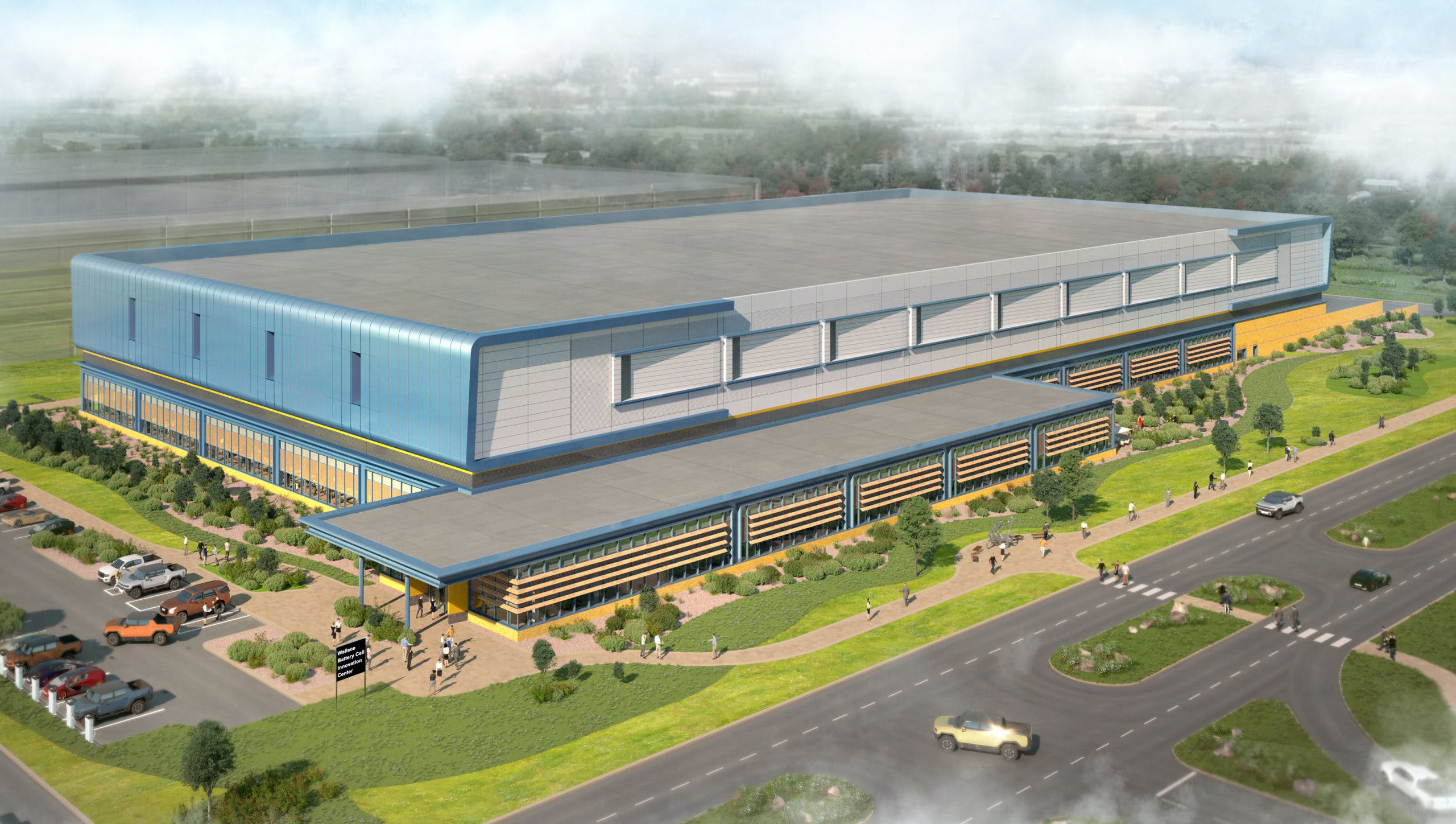 General Motors has announced that it will expand its battery technology development operations with a new facility. Called the Wallace Battery Cell Innovation Center, this new site will help the company accelerate the development and commercialization of battery-electric vehicles while making them more affordable. The new plant will be located in Warren, Michigan on the campus of GM’s Global Technical Center.

Building on General Motors’ battery development experience of over a decade, the Wallace Battery Cell Innovation Center will contribute to the company’s goal of an all-electric future. GM will also use the facility to integrate the work of GM-affiliated battery innovators to help reach its goal of cutting costs by 60 percent for the next generation of its Ultium cells. Currently, under construction, the Wallace Battery Cell Innovation Center will open in 2022 and is expected to grow up to three times its initial footprint with more room to grow for investments as EV demand grows. It is expected to build its initial prototype cells by the fourth quarter of 2022.

The Wallace Center will significantly ramp up development and production of our next-generation Ultium batteries and our ability to bring next-generation EV batteries to market,” said Doug Parks, Executive Vice President of Global Product Development, Purchasing and Supply Chain at General Motors. “The addition of the Wallace Center is a massive expansion of our battery development operations and will be a key part of our plan to build cells that will be the basis of more affordable EVs with longer range in the future.”

Beyond building new batteries, the Wallace Center will also serve as the site for developing new technologies like lithium-metal, silicon, and solid-state batteries. It will also pioneer new battery manufacturing methods that will eventually be deployed at other GM facilities like the one Spring Hill, Tennessee, and the LG Energy Solution plant in Lordstown, Ohio, which is part of a joint venture between GM and LG Energy Solution.

The Wallace Center will also connect all of the battery development sites within its Global Technical Center including the Research and Development Chemical and Material Subsystems’ Lab. That division currently leads the company’s battery development on components like lithium-metal anodes. A second facility, the Estes Battery Systems Lab, will also be integrated into the network. This is the largest validation lab in North America at over 100,000 square feet, enabling GM to test battery durability at the cell, module, and pack level in-house.

General Motors currently holds more than 2,000 granted or pending patents on EV battery technology. These include 60 patents and trade secrets plus another 46 pending in key areas of battery development including lithium-metal electrolytes, anodes, cathodes, and binders. The battery engineering team based in the Wallace Center will be responsible for testing various chemistries and different cell form factors. This facility is expected to build batteries with energy densities ranging from 600 to 1,200 watt-hours per liter and important components like cell active materials. Cell test chambers, cell formation chambers, and a material synthesis lab will be included, allowing GM to design cathode active materials in-house. Other facilities included within the Wallace Center include a slurry mixing and processing lab, a coating room, an electrolyte production lab, and a forensic lab featuring material analysis equipment and advanced software. A data farm will also be built allowing GM to take advantage of the latest technology breakthroughs and to tie together all development activities under a single cloud.

The Wallace Battery Cell Innovation Center is named after Bill Wallace, a GM director who was pivotal in the company’s battery technology and trained many of its key engineers and leaders in that field. Wallace led the team that designed the electrified powertrains on both generations of the Chevrolet Volt, the Bolt EV, and the Malibu Hybrid, serving as Director of Battery Systems and Electrification. He was also responsible for forming the relationship between GM and LG Energy Solution.

With the Wallace Center’s establishment, General Motors could speed up the development of its battery technology. This could lead to more vehicles getting the new Ultium packs and enable the company to quickly build more EVs for its four brands as it continues to evolve its cells and modules. Its first Ultium vehicles, the Cadillac Lyriq and GMC Hummer EV pickup, are due out next year. Following them will be the Hummer EV SUV, an all-electric Chevrolet Silverado and a flagship sedan for Cadillac called the Celestiq.