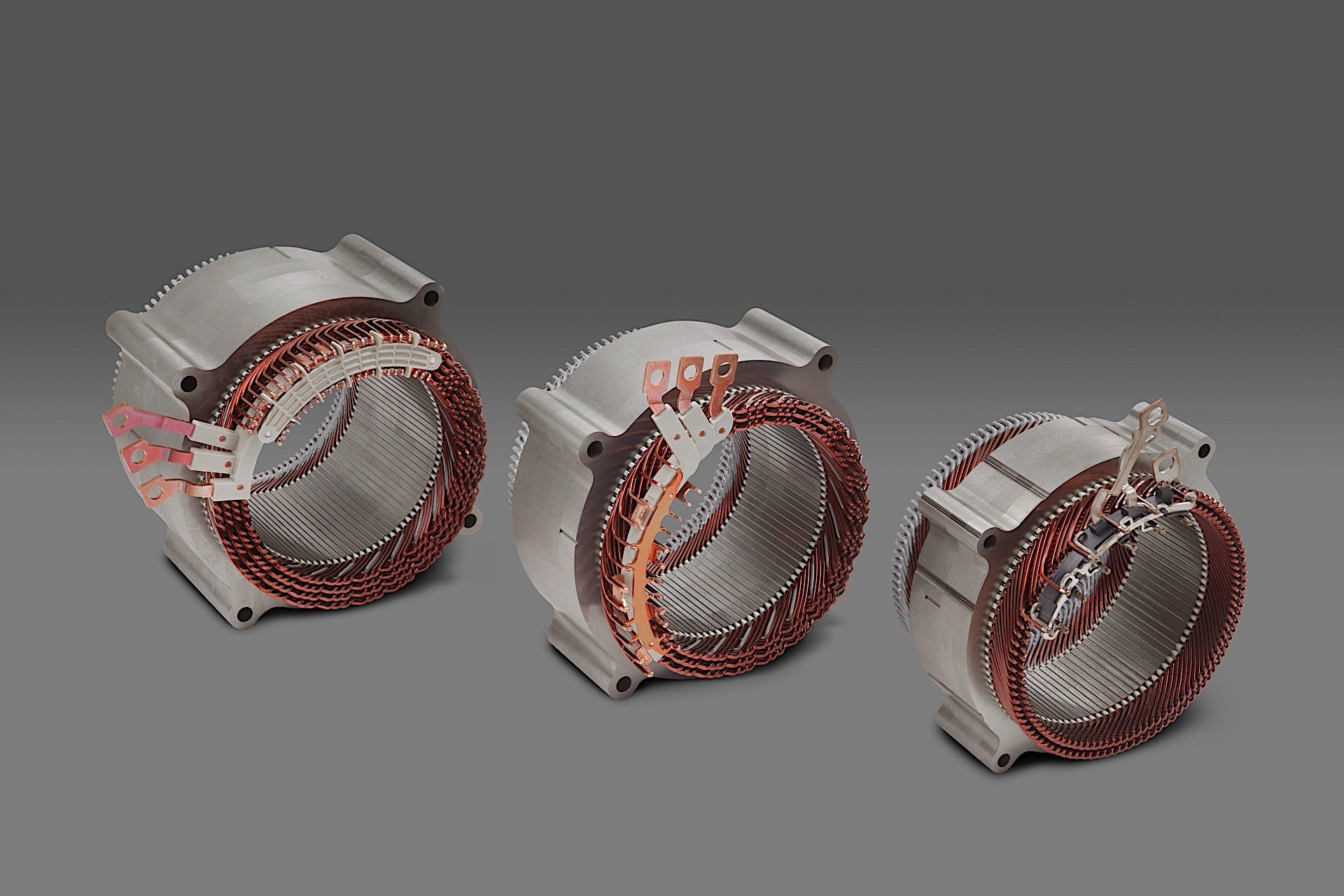 General Motors used the 2021 Mackinac Policy Conference to show off the three electric motors that will be used on its Ultium vehicles. Revealed by GM president Mark Reuss, the company built all three in-house as a scalable family with similar tooling and manufacturing strategies.

“Twenty years of electric drive system development and more than 100 years of high-volume vehicle engineering are helping GM pivot quickly from conventional vehicles to EVs,” said Reuss. “Our vertical integration in this space, encompassing both hardware and software, helps give us control over our own destiny and a significant competitive advantage.”

The two permanent magnetic motors are rated at 180 kW and 255 kW respectively, which translate to 241 hp and 342 hp respectively. They were designed to minimize reliance on rare heavy earth metals. The third motor is a 62 kW or 83-hp induction unit meant to work as an assist to enable AWD. GM says that all three are going to offer plenty of torque and power density. They’ll also be versatile enough to use on a broad range of vehicles including performance cars and work trucks. Depending on the application, up to three electric motors can be used on a single vehicle.

GM’s engineers developed the software for the Ultium electric motors’ controllers. This was done to make sure they met the propulsion needs of every vehicle they will be used in while minimizing the number of components. Nearly 11,000 employees in the product development division are working on software. This number is expected to grow as software becomes a crucial component as GM moves toward full electrification.

Computer-assisted and virtual engineering enabled the team to move quickly in a safe, cost-effective manner while improving vehicle controls. Artificial intelligence and machine learning were used to determine the most effective torque distribution in three-motor vehicles like the upcoming GMC Hummer EV. GM also noted that the software can be reused in many applications to provide a quick go-to-market solution and a foundation for a future lineup of battery-electric vehicles.

Software for the key power electronic components like the inverter and inverter module were designed in-house. These convert DC voltage from the battery into AC voltage powering the motor. Like the accessory power module and onboard charging module, the inverter and other power electronics will be fully integrated into the drive unit in Ultium vehicles to reduce cost and manufacturing complexity. These components will be 50 percent lighter than the ones found in GM’s current EVs while being 25 percent more capable.

These new electric powertrain components will first debut on the 2022 GMC Hummer EV truck and SUV. Following that, the Cadillac Lyriq will be the next vehicle to get that powertrain. In addition to the rear-drive single-motor version, the Lyriq will likely get an AWD dual-motor version too. Several other vehicles have been earmarked to get the Ultium batteries and powertrain including the upcoming Chevrolet Silverado EV and the Brightdrop EV600 cargo van, which is rated for 250 miles per charge. Expect more Ultium vehicles to follow including the Cadillac Celestiq sedan. Eventually, all four brands under the General Motors umbrella will move to this platform as it intends to offer over 30 new battery-electric vehicles.