Ford begins construction on its largest auto production complex ever 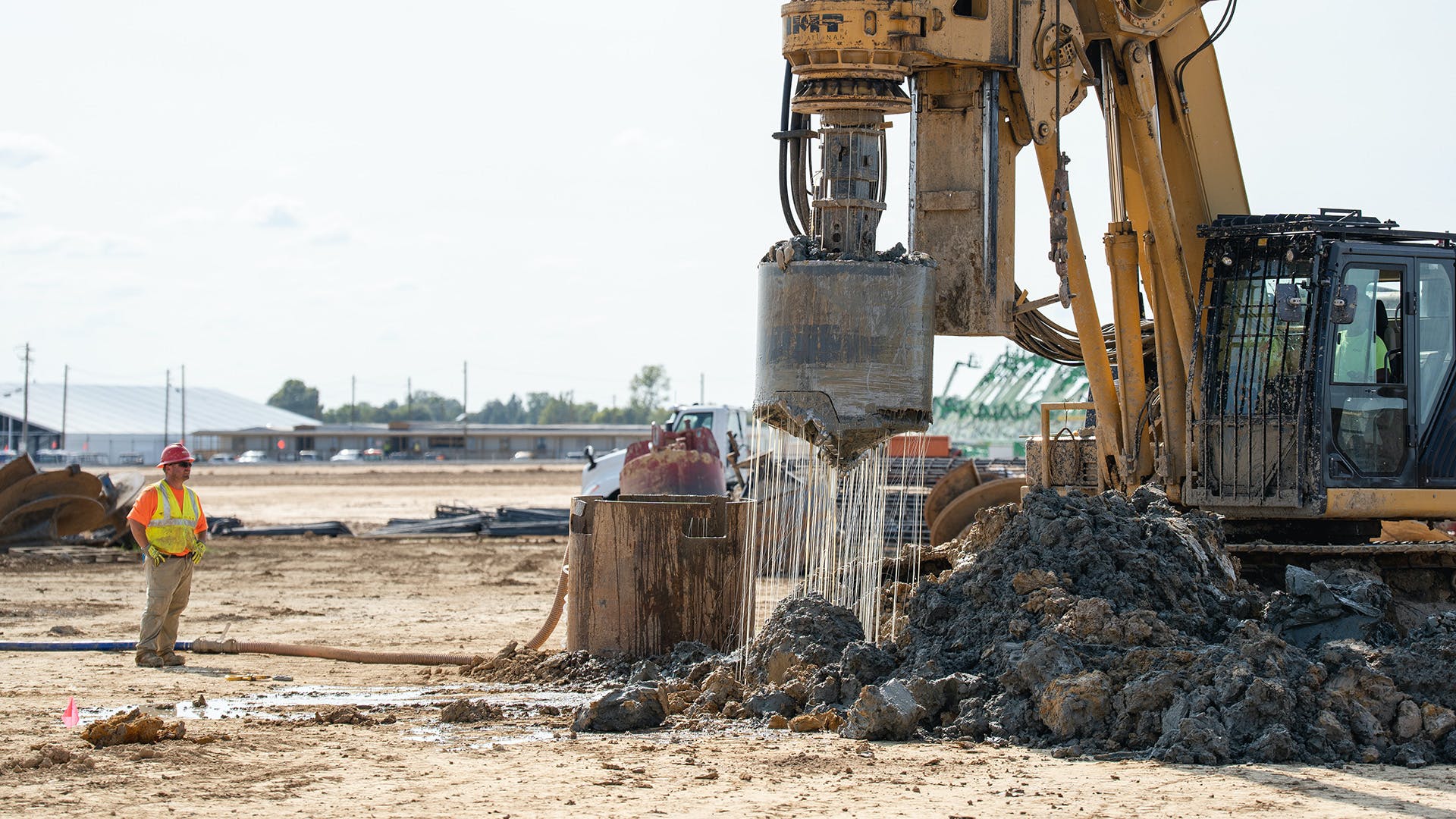 Less than a year since Ford and SK On announced their joint venture to invest $5.6 billion in West Tennessee, the American automaker has broken ground at BlueOval City as it begins construction on its largest, most advanced auto production complex in its history. BlueOval City will be home to an all-new electric truck and advanced batteries that will power future Ford and Lincoln electric vehicles. The new facility will create approximately 6,000 new jobs and is slated to open in 2025.

Ford and its construction partners began preparing the land for construction since March. In the past few months, they’ve moved over 4.6-million cubic yards of soil and nearly 370,000 tons of stone have been laid. Also, over 4,600 deep foundations have been installed as the six-square-mile campus begins to take shape.

Currently, Ford is America’s number-two electric vehicle brand and the automaker is targeting a production number of two-million electric vehicles per year by late 2026. Not only will BlueOval City pave the way in reaching that goal, the new facility will serve as a blueprint for future Ford manufacturing facilities as the company continues its shift to electric vehicles.

In addition, Ford is engaging with the communities in West Tennessee, holding livestreamed discussions and working on collaborative projects. These projects include working with the University of Tennessee to restore the stream waters flowing through the University’s Lone Oaks Farm and expanding STEM education to students from kindergarten through 12th grade who reside in the state.

“Ford’s historic investment in West Tennessee is a testament to our state’s strong business climate and unmatched workforce,” said Gov. Bill Lee. “BlueOval City will have a transformational impact on Tennesseans and our economy, and we’re proud this global company will call Haywood County home.”

BlueOval City is just one of several initiatives Ford has taken in its focus on electric vehicle production. The automaker has also invested in Solid Power toward the development of solid-state batteries and has established Ford Ion Park, where it focuses on the development of next-generation battery technologies.