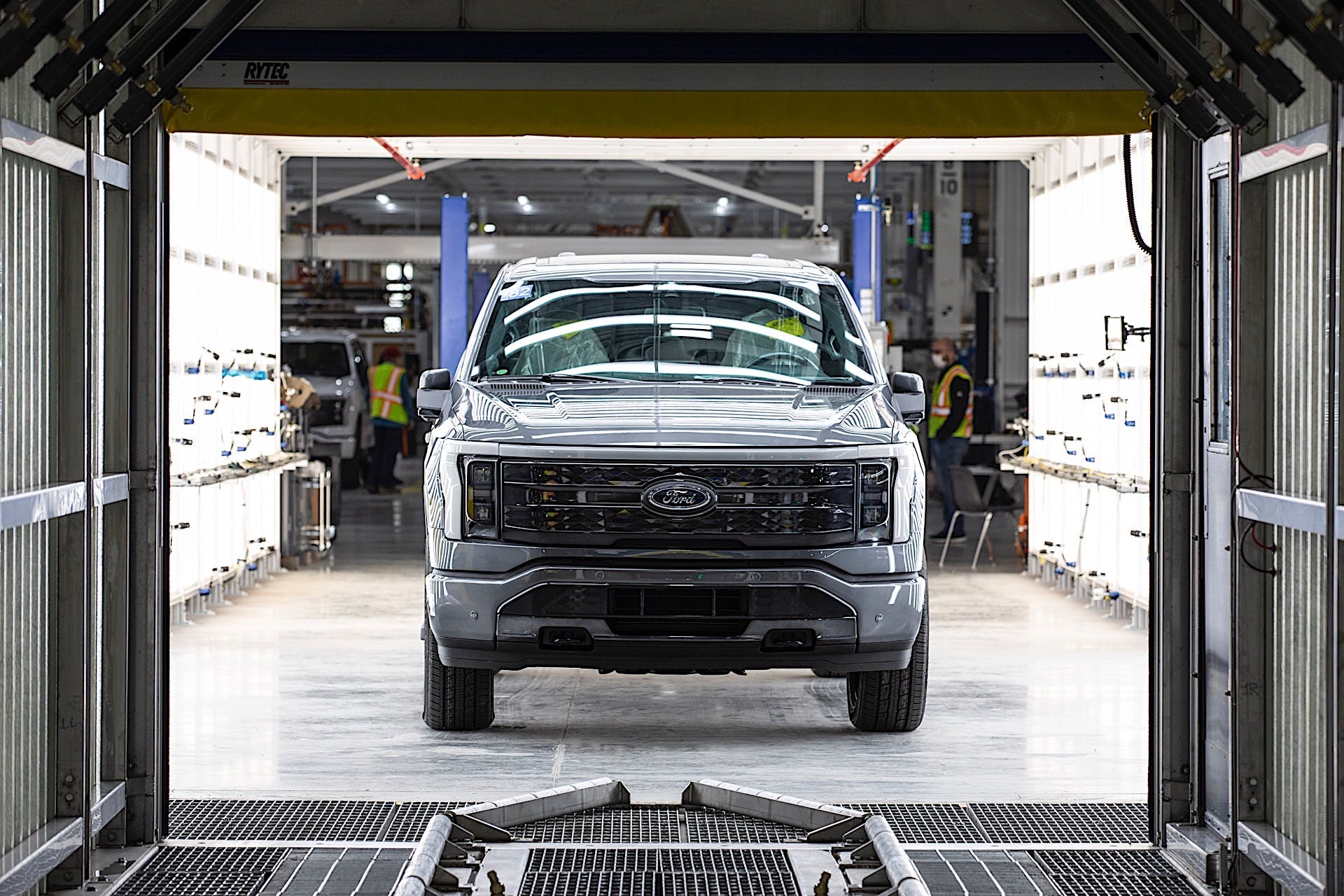 Thanks to high customer demand, the production of the 2022 Ford F-150 Lightning will be double than originally anticipated. Ford announced that it will increase capacity to 150,000 units per year at the Rouge Electric Vehicle Center to meet demand. It has also invited the first wave of reservation holders to start placing their orders for the F-150 Lightning.

Ford is allowing consumers to order by waves so that it can determine how many vehicles will be made for a specific model year. Reservation holders that haven’t gotten an invite to place their order for the 2022 Ford F-150 Lightning will either be part of a future wave or be put on the next model year. To deliver the increase in production, Ford has created a small employee task force from manufacturing, purchasing, strategy, product development, and capacity planning to find ways to adapt quickly and expand the truck’s production. It is also working with key suppliers plus other facilities including the Rawsonville Components Plant and Van Dyke Electric Powertrain Center to find ways to increase production capacity on electric vehicle parts like battery cells, battery trays, and electric drive systems.

This week, production of the F-150 Lightning entered the final prebuilt phase before retail and commercial examples start rolling off the assembly line. Delivery for both the consumer-focused Lightning and the commercial variant called the Lightning Pro is scheduled to start this spring. Production-grade trucks will be used for testing in real-world customer conditions and will eventually accumulate 1 million miles combined. The F-150 Lightning is also generating a lot of conquest sales with 75 percent of reservation holders being new to the Ford brand.

The F-150 Lightning is the second vehicle in Ford’s lineup that needed a production increase. Recently, the Blue Oval also announced that it will triple production of the Mustang Mach-E to meet demand and sell over 200,000 units per year by 2023. An all-electric Transit commercial van joins the lineup this year, too. Ford has invested in several new facilities to support its electrification offensive including two battery plants. A new facility in Tennessee called BlueOval City will be the largest and most advanced Ford facility to date and will be the site for the production of the next-generation F-Series electric trucks.

Our ride along in the F-150 Lightning and F-150 Lightning Pro prototypes left us with a positive first impression. Between its instant and relentless acceleration to the available tech features, there’s a lot to like with Ford’s new truck. The powertrain’s potency should also make the F-150 Lightning highly capable when it’s time to tow, haul, or work.

Pricing for the 2022 Ford F-150 Lightning starts at $39,974. The standard range model can travel up an estimated 230 miles per charge while the extended-range variant is good for 300 miles. Both have a dual-motor configuration, standard 4WD, and 775 lb-ft of torque. However, the combined horsepower rating depends on which battery you choose. Standard range models make 426 hp while the extended range truck possesses 563 hp. You’ll be able to get both battery sizes in the standard F-150 Lightning and the commercial version, the Lightning Pro. However, the latter won’t have as many creature comforts.