Ferrari will debut its first fully electric model in 2025 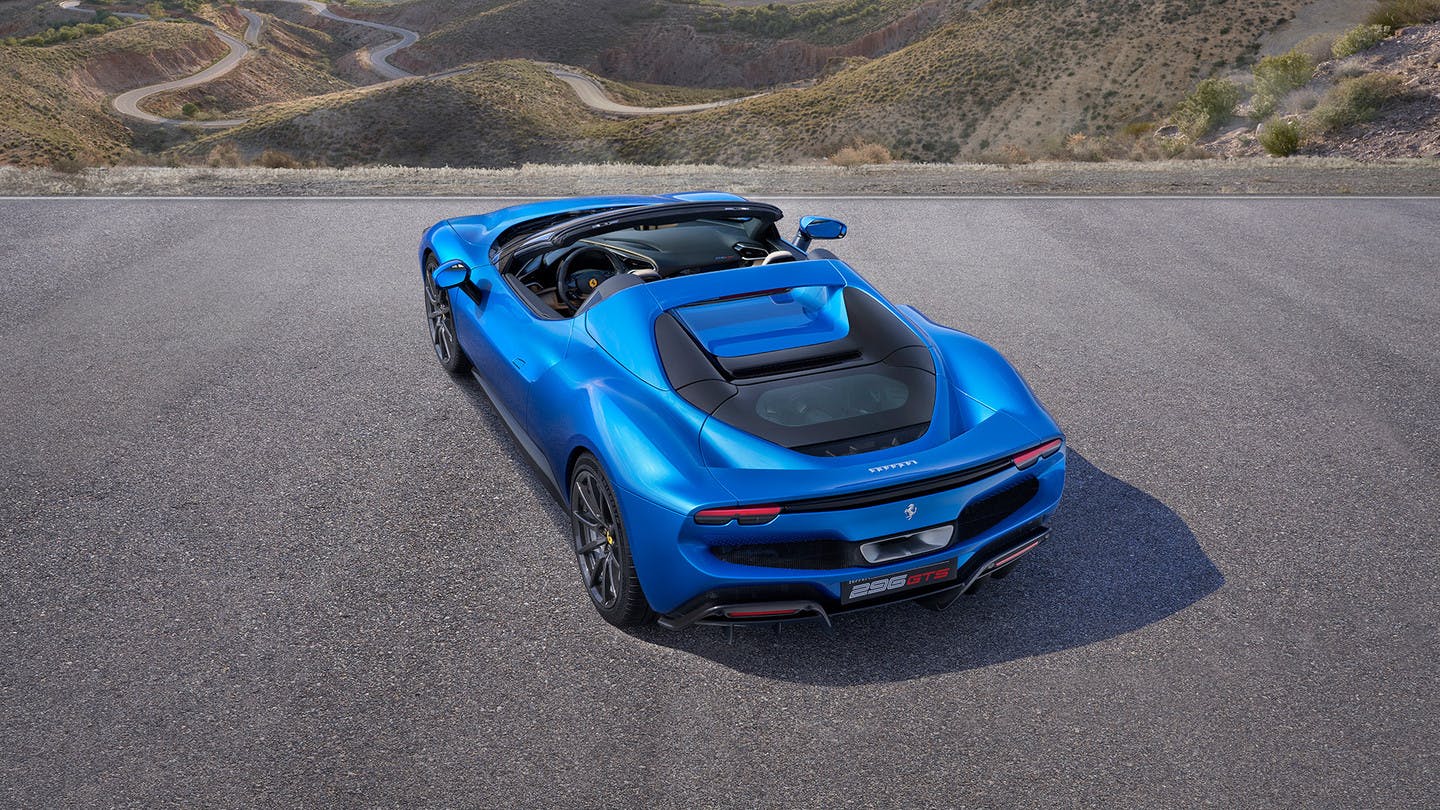 Ferrari revealed during its Capital Markets Day presentation that it plans to produce 15 new models between 2023 and 2026. Electrification will play a major role in the brand’s upcoming portfolio revamp because hybrids and battery-electric vehicles will make up 60% of the product offering by 2026. Come to 2030, that will increase to 80% with a split of 40% each for hybrids and BEVs.

The first fully electric Ferrari will be unveiled in 2025 and the automaker says it will draw from its heritage to deliver driving thrills. Its battery cells will be unique to ensure they’re of the highest quality and latest technology. Like the hybrids and purely internal combustion vehicles, the BEV will be made in Maranello, Italy. Battery modules will be integrated into the vehicle’s chassis to cut weight, increase performance, and create a uniquely Ferrari driving experience.

Core vehicle components will be developed and made in-house by Ferrari. It will also partner with other companies as part of strategic collaborations for the creation of non-core hardware and software. Ferrari’s Maranello plant will add a new facility dedicated to designing electric motors, inverters, and batteries. A new paint shop should provide a higher level of personalization, a trend that’s considered highly important in the luxury segment.

Ferrari aims to distinguish itself as a brand focused on driving fun by tailoring components and technologies specifically for that purpose. Don’t expect to find self-driving cars wearing the prancing horse badge because Ferrari is limiting autonomous capabilities to level 2 or level 2+. The automaker claims this will preserve the vehicle’s driver-centric nature and not get in the way of the thrill of driving.

By 2030, Ferrari intends to reach carbon neutrality following the targets from the Paris Agreement and through a holistic and scientific approach. The brand says it started working towards its goal in 2021 and will focus mainly on the material and vehicle use phase, and engagement in high-quality projects with global climate and social contributions. For Scope 1 and 2, Ferrari’s Maranello plant will get more sustainable sources of energy. These include 77 MW of biomethane for the trigenerator, 37 MW of photovoltaic systems, and 1 MW of hydrogen fuel cells, the third of which is already active. Since 2014, 100% of the electricity used in Ferrari’s production facilities comes from renewable sources, putting it on course to decarbonize all of its sites by 2030.

Scope 3 of Ferrari’s decarbonization plan aims to reduce emissions by 40 percent for each car in makes by 2030. This will be done by using electrification and expanding its hybrid and battery-electric offerings. Doing so reduces carbon emissions by at least 50% for each vehicle made. Recycled aluminum and green steel will also make big contributions to cutting emissions by at least another 30%. That will counter the impact made by the production of battery modules, which increases raw material emissions. Ferrari is also in constant communication with its partners in the supply chain to identify new ways to further cut down CO2 emissions. In addition to purchasing certified carbon avoidance and sequestration credits, Ferrari has partnered with ClimateSeed to establish projects focused on positive climate and social contributions. The company has also created Bosco Ferrari, a reforestation project in Italy that aims to make a difference in the local community.