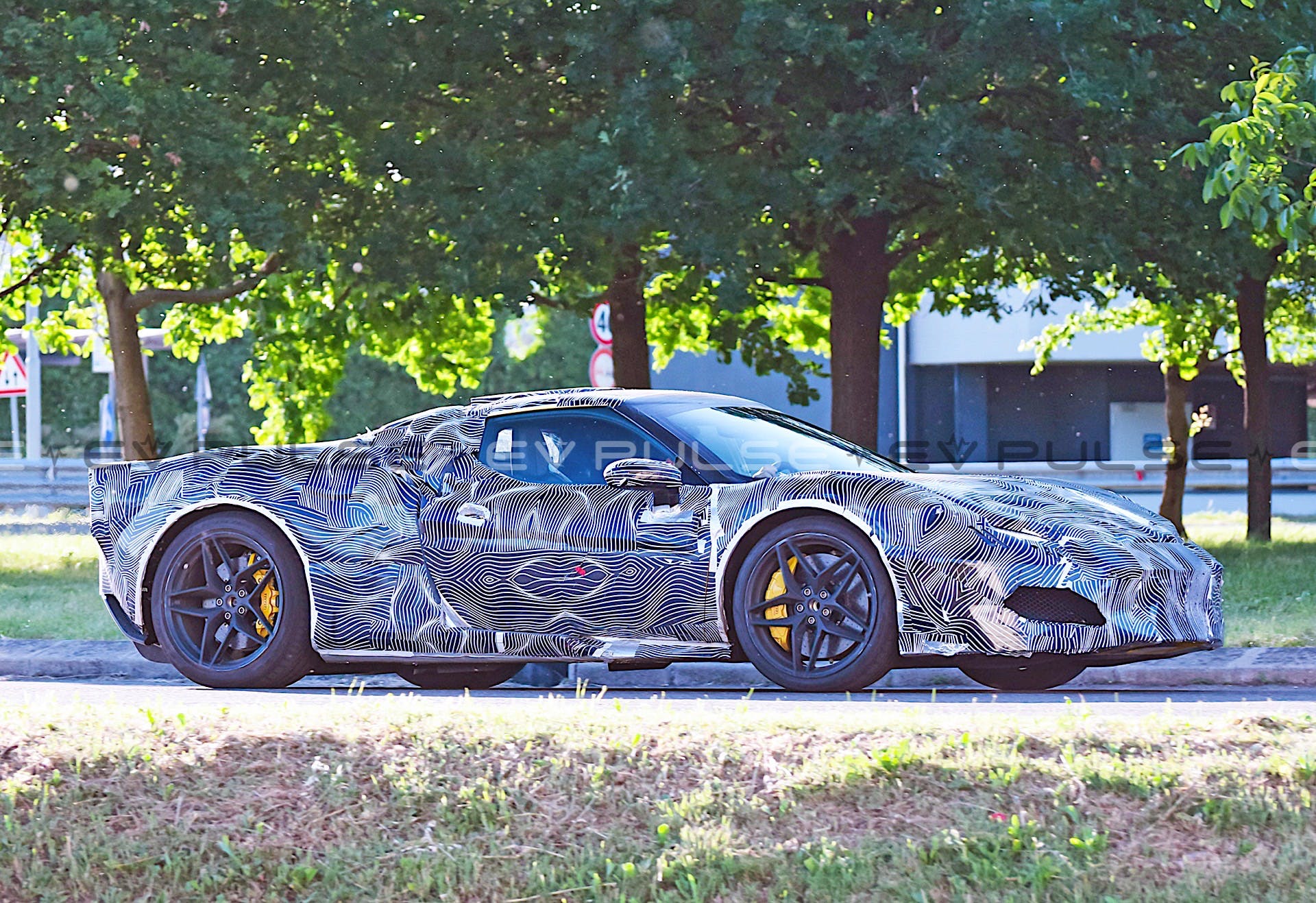 Ferrari, along with its Italian rival Lamborghini, is heading toward an all-electrified future. While the prancing horse brand won’t be committing to the wholesale abandonment of the internal combustion engine any time soon, it is getting the most from its hybrid development and making the cars both fast and fun in the process. Our spies in Italy caught a camouflaged prototype of Ferrari’s next hybrid supercar out testing, and you can color us intrigued!

Even under several layers of bodywork-obscuring camo, it’s easy to tell that this new two-seater will be a striking ride. With a rear exit exhaust, deep sculpted diffuser, wide air intake inlets on the flanks, a low sloping roofline, and a sharp creased nose, this has the potential to be among the most beautiful Fezzas of the modern era.

Ferrari has recently claimed that at least 60 percent of its cars sold will be electrified by next year. That may seem strange as the only current model in the lineup with a hybrid powertrain is the recently launched SF90, which starts at over half a million dollars, so we don’t expect that to be a big volume seller for the brand. No, the company will have to movedown-markett with its hybrids to shift that many battery-assisted cars from Modena. In addition to the optionally-hybrid Purosangue SUV coming next year, this car will bulk up Ferrari’s hybrid offerings.

According to those in the know at CAR magazine, this new car will be known at the F171. It will feature a twin-turbocharged 3-liter V6, and a single electric parallel motor. The drivetrain is expected to make somewhere over 700 horsepower, which more or less puts this car in line to replace the current F8 Tributo (which rides on a platform dating back to 2009’s Ferrari 458). The Ferrari F160 engine, around which we assume this car’s power plant will be based, is currently only available in Maserati applications, the Quattroporte, Ghibli, and Levante. There it makes as much as 424 horsepower and 428 lb-ft of torque, but expect that to be pumped up to around 600 or more, with the electric motor giving the rest.